This post will tell the tale of two automated AI vs. AI playtests of the Campaign Series: Vietnam VN_600325_Vinh_An scenario, the first with the LAI/SAI (Legacy AI, Scripted AI) working in tandem, the second employing the LAI only (no scripting).

In the historical battle of Vinh An (from the scenario briefing notes):

Early in 1960, Viet Cong activities had become more prevalent in the Mekong Delta region. It was commonplace for the ARVN military to conduct road clearing and sweeping operations in hopes of catching the Viet Cong in the open. Road sweeping operations typically meant clearing mines and roadblocks for supply traffic to move freely from district to another. While these were standard affairs, one such operation culminated into a full scale ambush by the newly created Viet Cong U Minh Main Force battalion. This battalion would be the bane of the ARVN divisions operating in the area for years to come. In this case, it is the 2nd Battalion, 31st Infantry Regiment, 21st ARVN Division that would have their teething experience on QL 12 during a road clearing and sweeping operation.

In short, this scenario is thus a basic convoy ambush type scenario.

In the screenshot following: 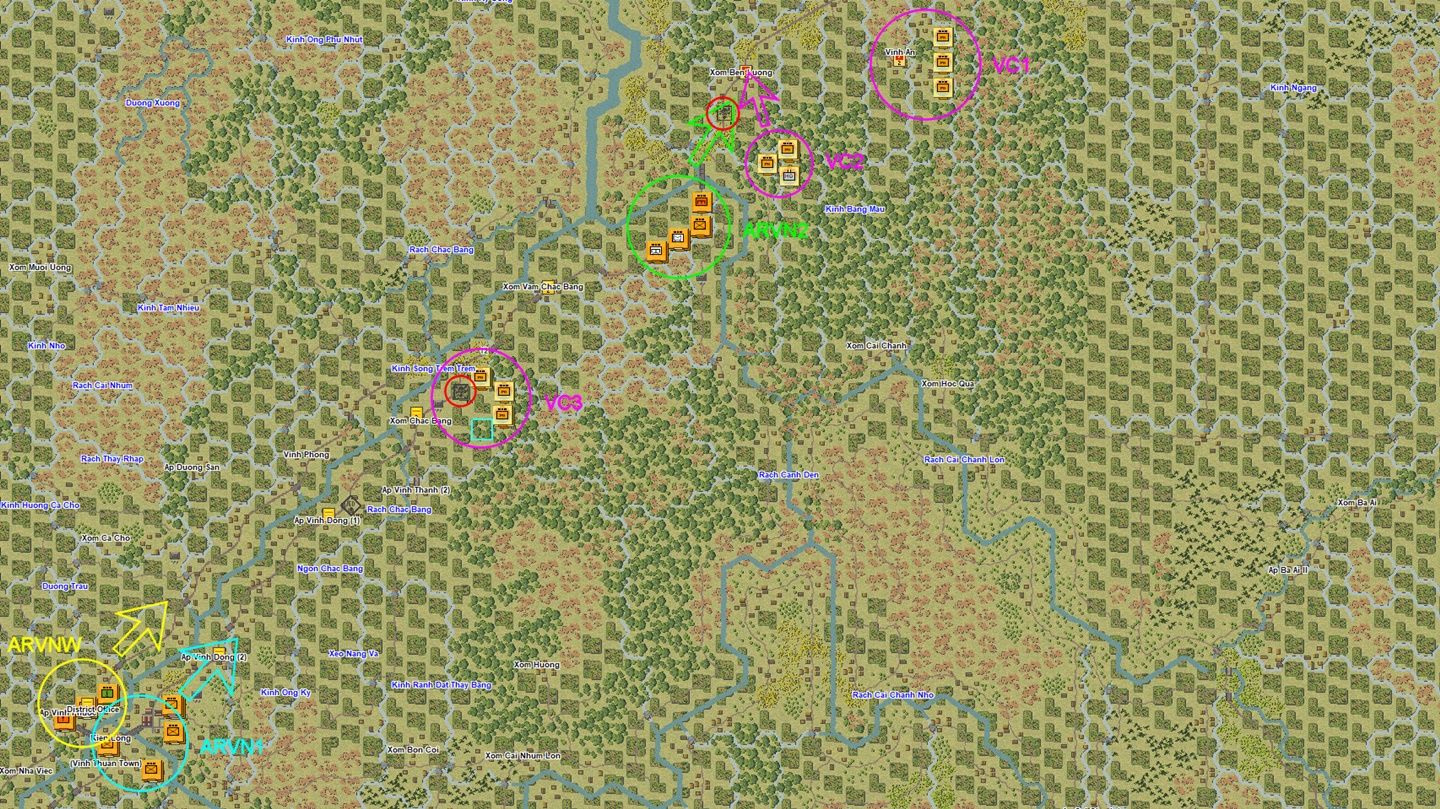 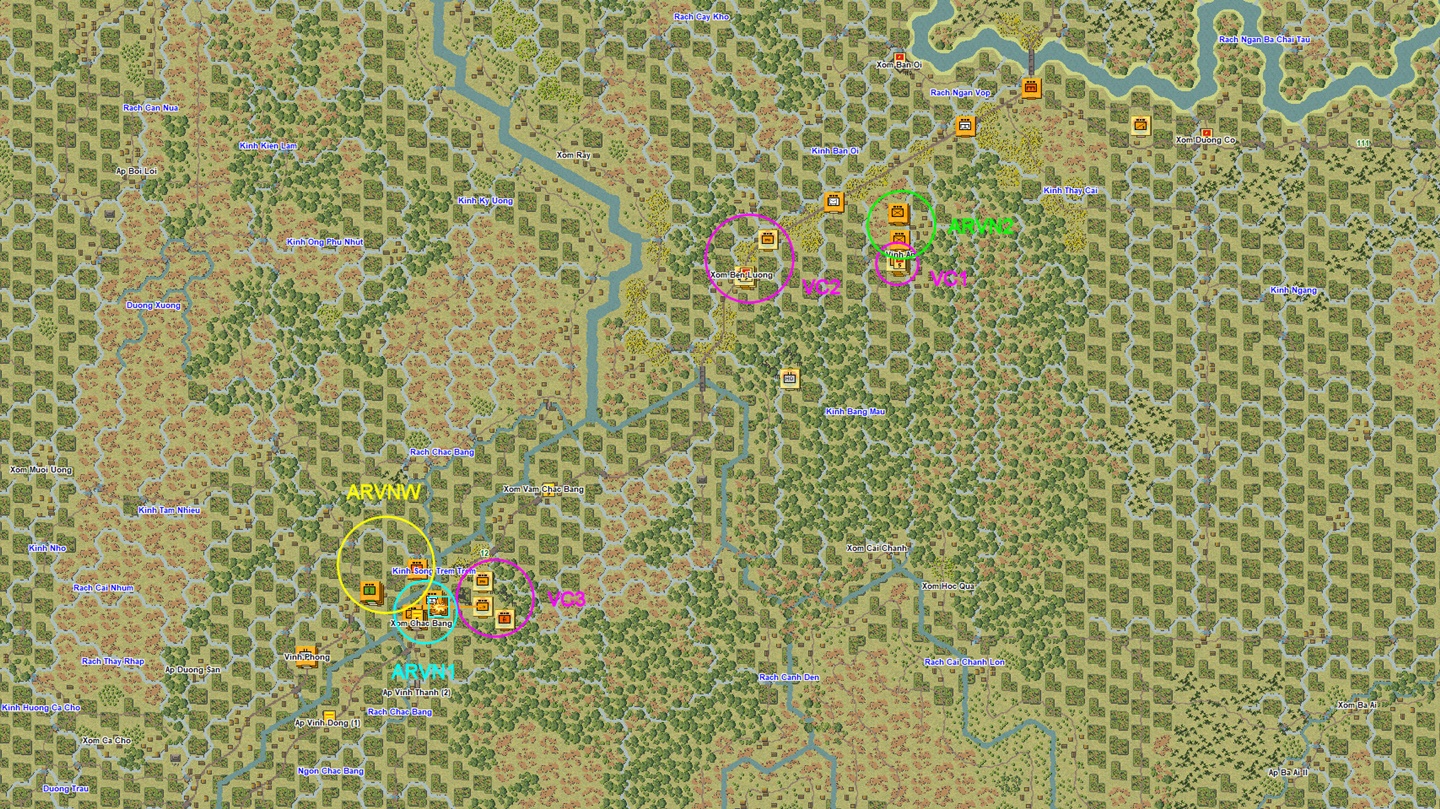 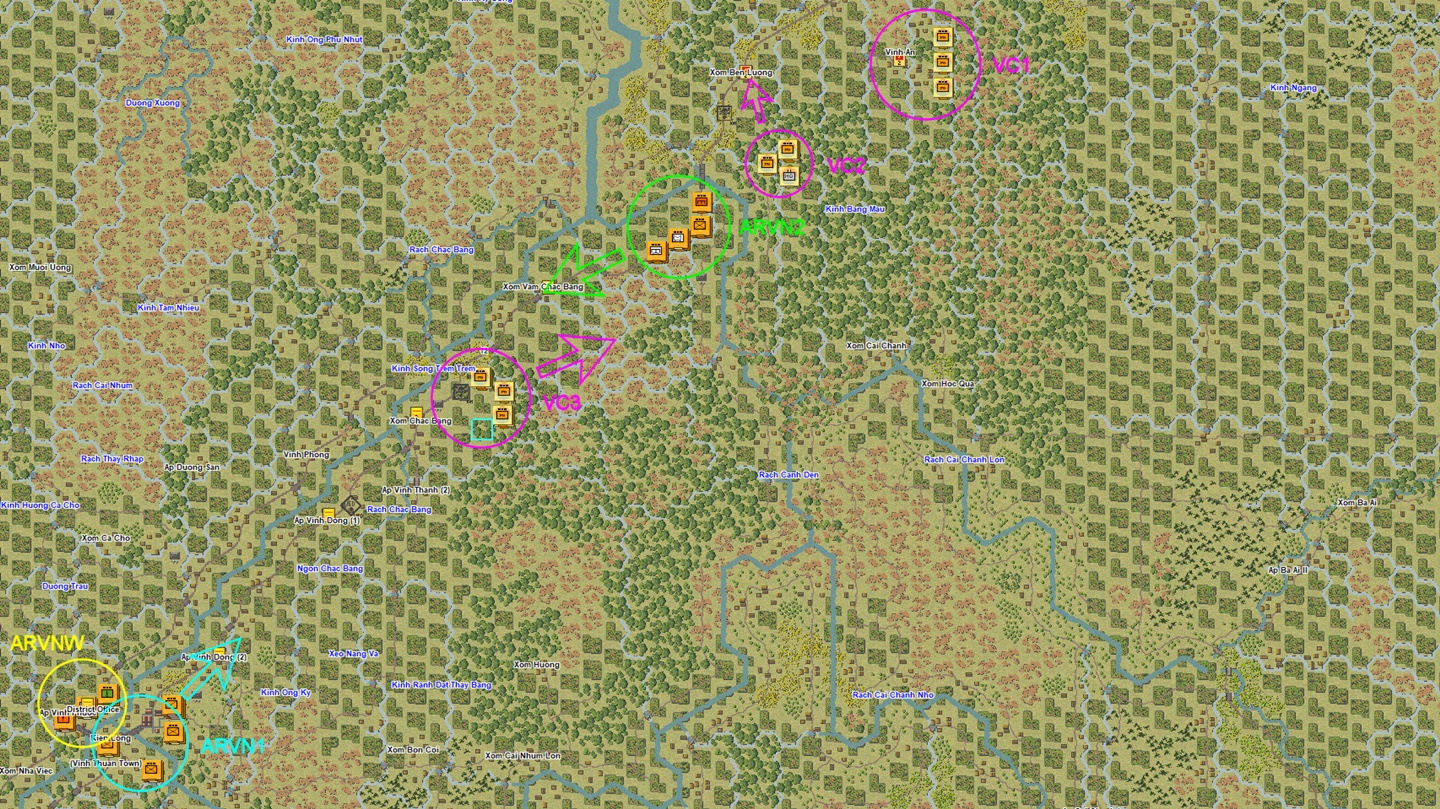 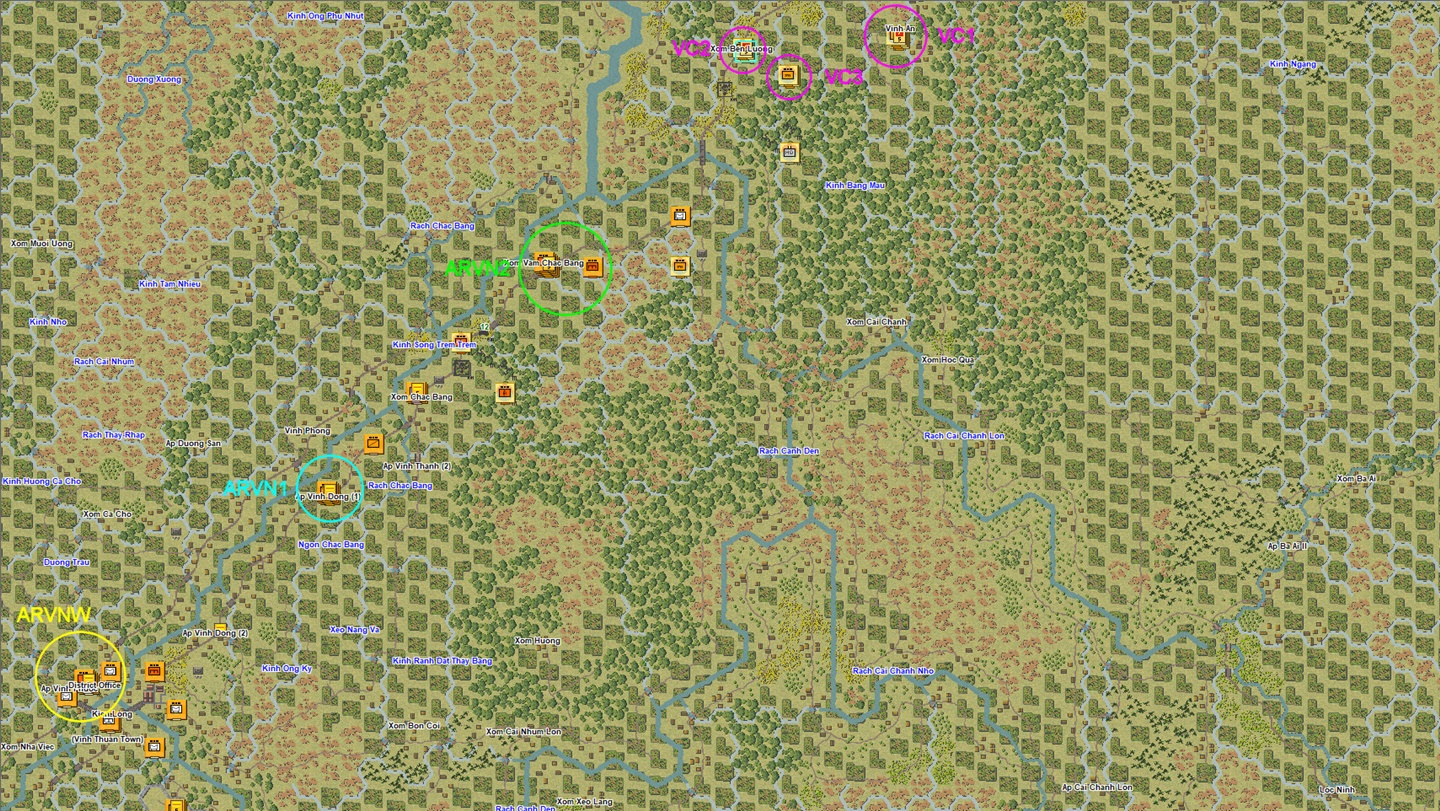 Will this game’s AI be perfect? No. Will it be better than ever? We think so! 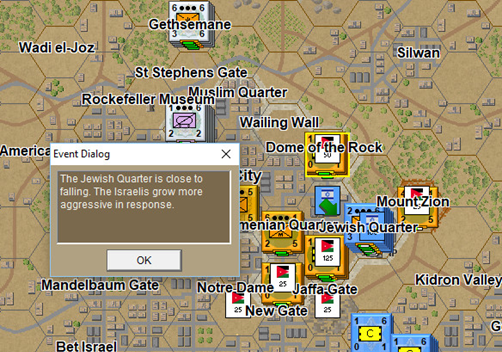 The Campaign Series Event Engine, hereinafter referred to as the CSEE, is a standard, built-in extension to the game engine giving you the ability to script special messaging and all manner of in-game events.

With the CSEE, you can for example, based on changing circumstances:

…and so much more.

In this How-To, I will build a CSEE .lua script, from start to finish. For our purposes, I will focus on the Jerusalem48.scn (Assault on an Ancient City) scenario, which is part of the Alan R. Arvold’s Ode to Divided Ground collection (a standard mod, included in CSME 2.0 by default).

This is no quick How-To. Inevitably, I will bog down in details. If you want to do anything more than the most trivial of CSEE Lua scripts, there is no escaping the details. A picture is worth a thousand words, they say. So too concrete examples.

This How-To will show plenty of examples, and more than a few pictures too! 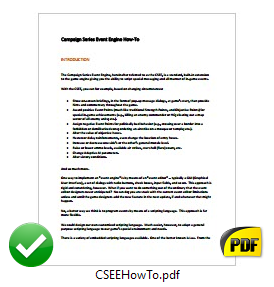 Accompanying Lua Reference document and Jerusalem48_csee.lua files can be downloaded from here: csee_howto_reference_sample

If you have any questions just ask, either here, or at the Matrix Games CSME Forum