A Week in Binh Long – The Forever AAR!

What is A Week In Binh Long?

It is a scenario that has you commanding a number of units over the course of a week, 7 days. Each day every battalion under your command will be given a task that needs to be completed during the day turns (40 turns in total) while it has the opportunity to rest during the night turns (20 turns in total). 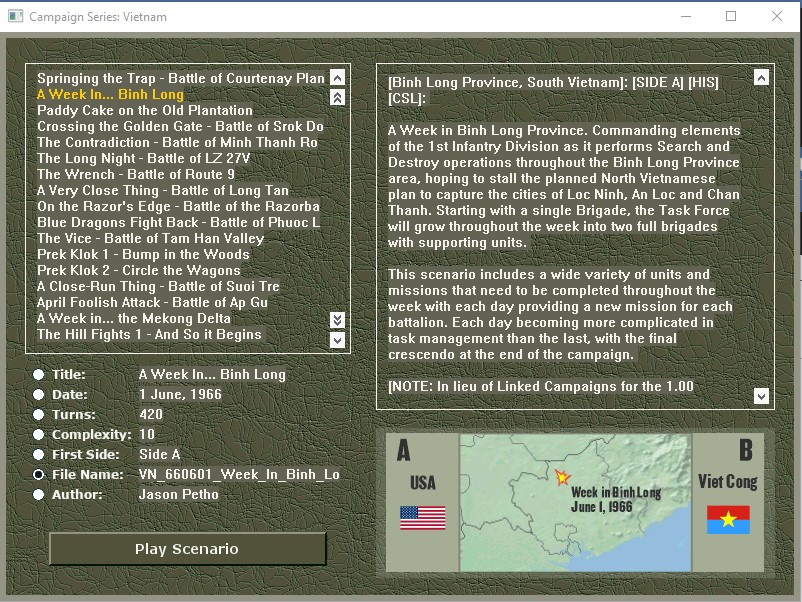 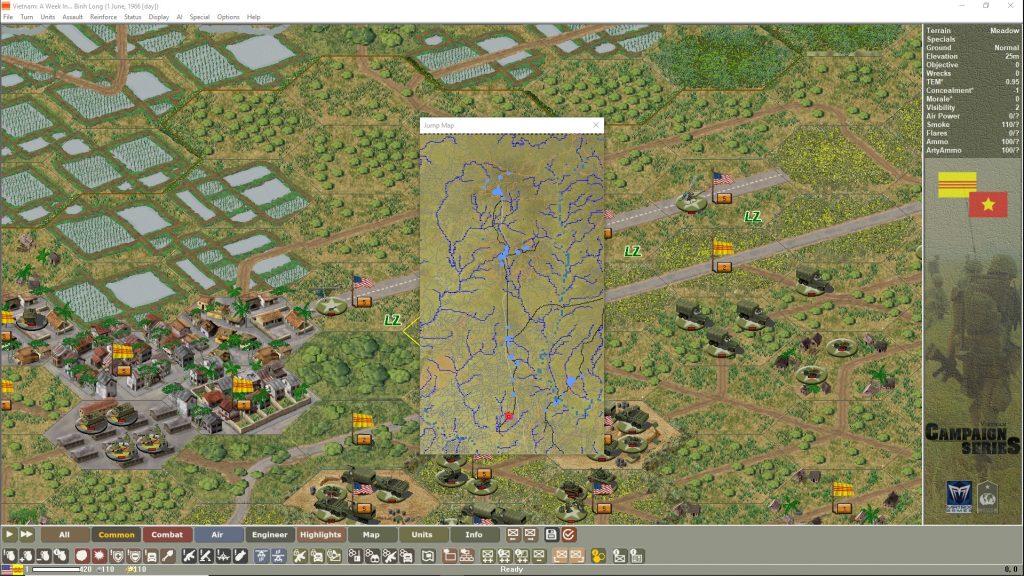 Typically, each battalion task force will be assigned an area where they will be securing all the objectives, building a firebase to laager at for the night, secure a supply route to that firebase and ensure the area is clear of any Viet Cong. Additionally, engineer groups will be tasks with clearing primary roads and you will have to move logistics units to ensure that your ammo and arty ammo levels are maintained.

A reminder that while securing all the objectives is important, your primary mission – if you have time – is to perform search and destroy missions within the daily Area of Operations.”, 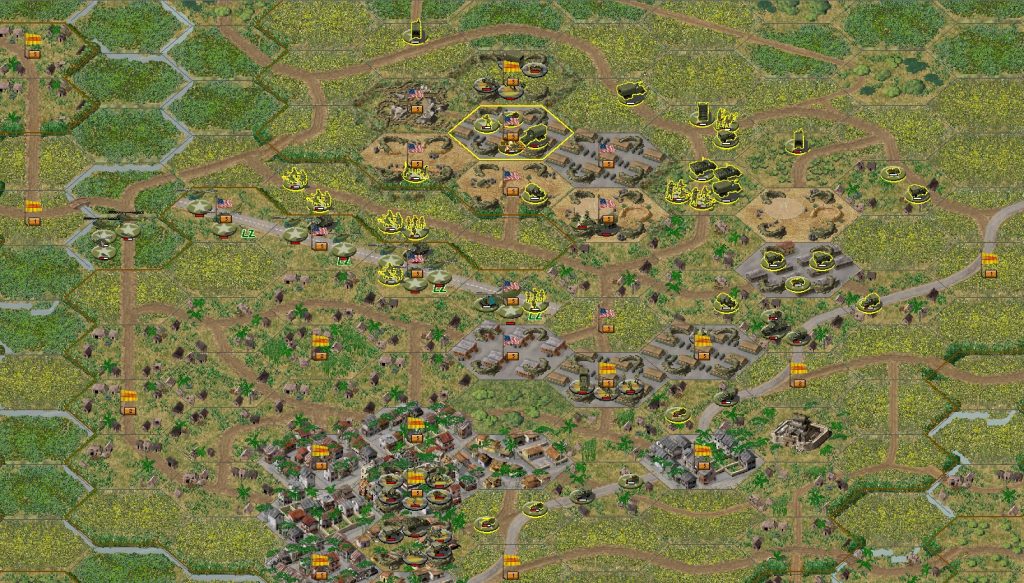 As you play, you will find your resources are spread thin, there is a lot of management you will have to undertake to ensure all the missions are being completed. Depending on how you manage your resources, you may not complete each mission by the end of every day. If you do not finish the assigned mission, you will have to complete the mission the next day plus the new mission. You will not gain the points if you clear the area on the following day, but, you will prevent the enemy from gaining points.

During the course of a day, you may forget about a helicopter and it will force itself to the ground with 0 moves. You can attempt to recover it by moving a supply truck or headquarters into the same hex. Of course, if it has landed in a hex that you cannot gain access to, it will remain lost for the rest of the scenario. 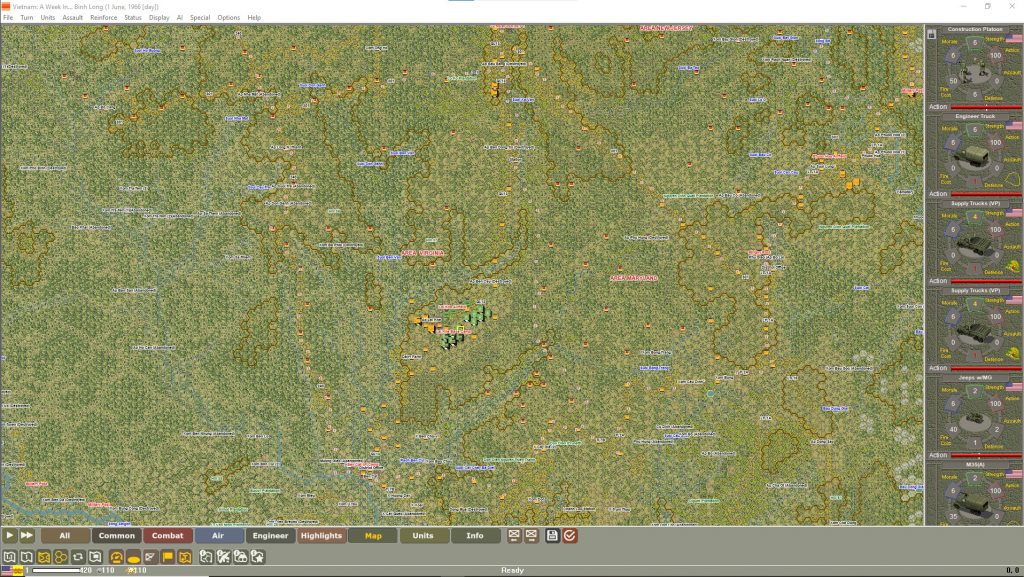 Every night you will be expected to laager your units in specific areas. As a general rule, in order to successfully laager, you must have all your designated units within 1 kilometre (4 hexes) of the described firebase, or 2 kilometres (8 hexes) of the designated cities or bases.

The Forever AAR can be found here.

Please join us for live-play sessions on our Twitch channel for the next few Saturdays.

With our game manual now available, I will next do a few live play sessions on our Twitch channel, starting on Saturday Dec 25th. I’ll be happy to answer questions while I play.

Please tune in, please share the link with your friends, let us make this as interactive as possible!

With a scheduled release for January 20th, 2022, we are busy with putting the final pieces in for what we believe is an exceptional new addition to Campaign Series.

Many of you have asked what is new with CS Vietnam 1.0?

Here is our game manual, please see yourself: 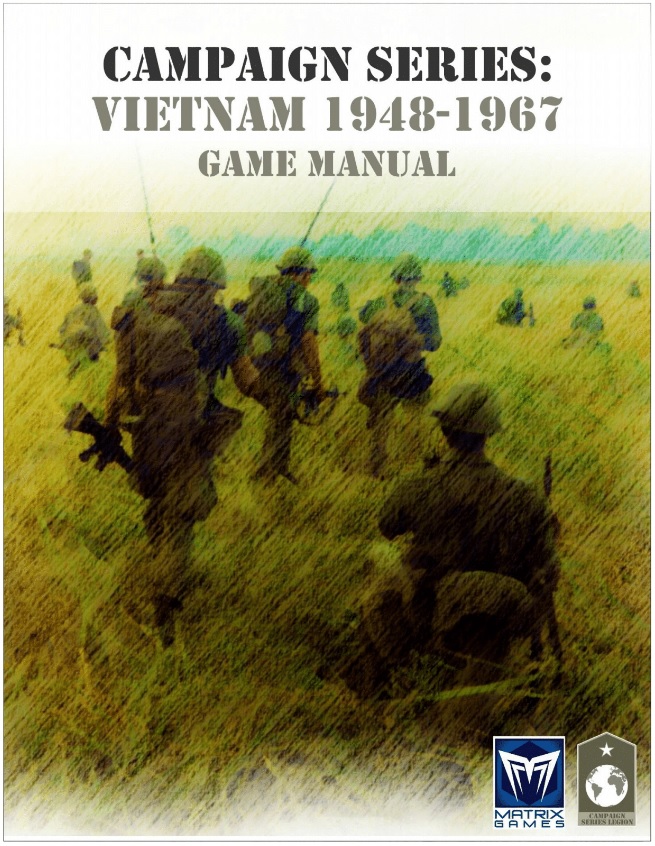 This is a living document, any questions or comments please let us know! 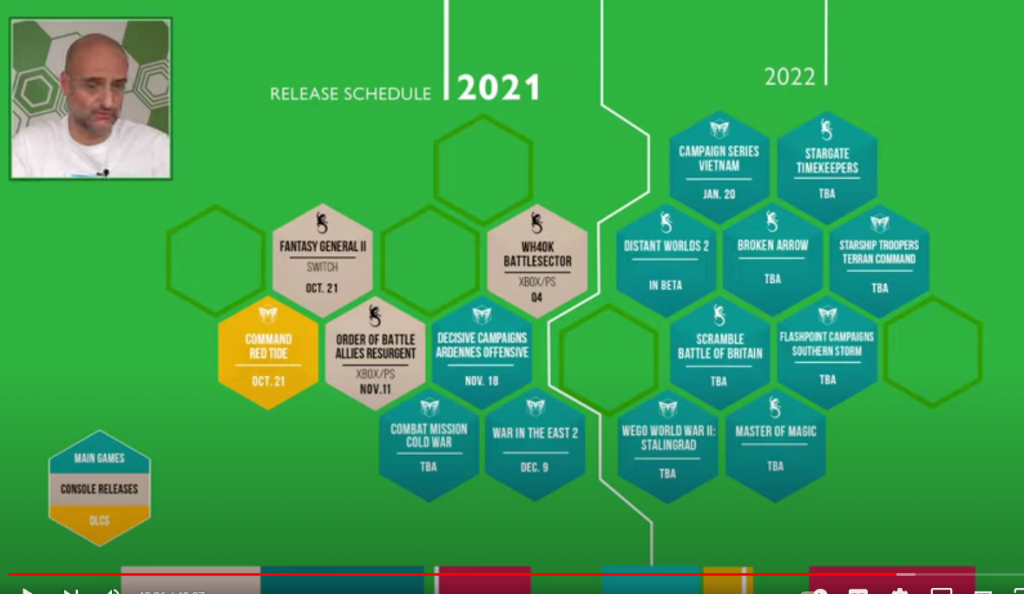 We are spending these last couple of months doing some polishing to make our product even better.

As part of our usual transparency, we are letting you know of how the game will release.

Spooky turning the night into day with flares

In an effort to get the game to you sooner, we will be splitting up the game into the following:

The primary reason for this is to get something for you to play sooner rather than later. I won’t offer a release date for the core game (although we’re aiming for the first half of 2021).

Why the delay? Well, we’re trying to build an exceptionally robust and realistic AI and this is a huge endeavor, especially when considering the complexity of the Vietnam War; the tactics, the strategy, the weapon systems and so on. Should we have started with East Front III for the AI? Probably, but alas, we didn’t.

That being said, the efforts we are doing on the AI is making this game like nothing you’ve seen or experienced before. As 97% of our users, based on our polls, will play again the AI at some point, we’ve focused all of our efforts to provide the best experience we can. On the bright side, once this core AI has been developed, additional games will be able to be released more regularly.

It is worth the wait and we appreciate your patience.

As an aside, while our focus is heavily on Vietnam, there is also work being done on East Front III.