US Order of Battle in Campaign Series: Vietnam

Once upon a time, a long time ago, there was a functioning organizational structure for the Americans that was simplified but spanned from 1948 to 1985. This simplified version was the basis for the Vietnam game and served as a starting point for a couple handfuls of scenarios that were created by Stephane Moutin-Luyat.

However, as I detailed in my previous post about the German Order of Battle in the coming East Front III game, we had set a new standard how to depict orders of battles. Full, platoon-scale availability of all units, for all branches, separately and individually.

Then, the only solution here was to create platoons for each of the various branches for the US military as well.

Four main branches were chosen as they would have the largest impact when playing the game;

US Order of Battle in Campaign Series: Vietnam

The process involved taking a copy of the existing US platoons and triplicating them and then assigning the proper platoons for each of the branches while removing the platoons that the branches didn’t use. Those curious will see in the organization editor that a lot of the same platoons are available for all branches (trucks, jeeps, engineers) but will be coded with the UID specifically for the branch. Doing this resulted in 1,911 unique platoon ID’s.

Weapon values and graphics were assigned for each of the new platoons. Each platoon type has a unique graphics, so an Army M48 can look different than a Cavalry M48, USMC M48 or an Airborne M48, if one wanted to go crazy with the visual details.

Proofing the US Order of Battle for the upcoming games

As noted above, the organizations span between 1948 and 1985. This means that the US Organizations are ready for future games and DLC’s; including, Cold War and Korea. I didn’t spend a lot of time in the details for the pre-Vietnam and post-Vietnam eras, but the generic organizations are there. For the Vietnam era, I made the effort of researching and building the combat divisions, brigades and regiments that were in the Vietnam theatre. I admit, I probably missed some, but a valiant effort was made to include them. 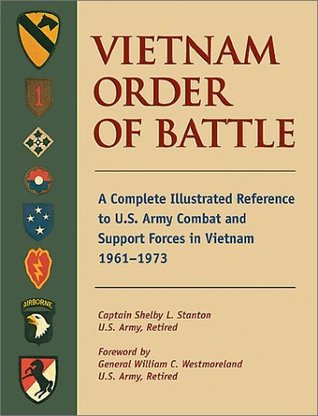 A variety of sources were used for the United States organizations. Shelby L Stanton’s Vietnam Order of Battle and a plethora of Gordon Rottman’s Vietnam Osprey books. More importantly was reviewing the hundreds of After Action Reports and Lessons Learned reports by the various divisions and brigades during the war and gleaning them for information.

One thing to note is that the organizations that are included for the Vietnam era are designed as the general organizational structure of the division for that year. It will be up a scenario designer to revise the structure to be “Organized for Combat”, as this changed on a task per task basis. The fundamentals are there for the designer, but they have a little massaging to do after. 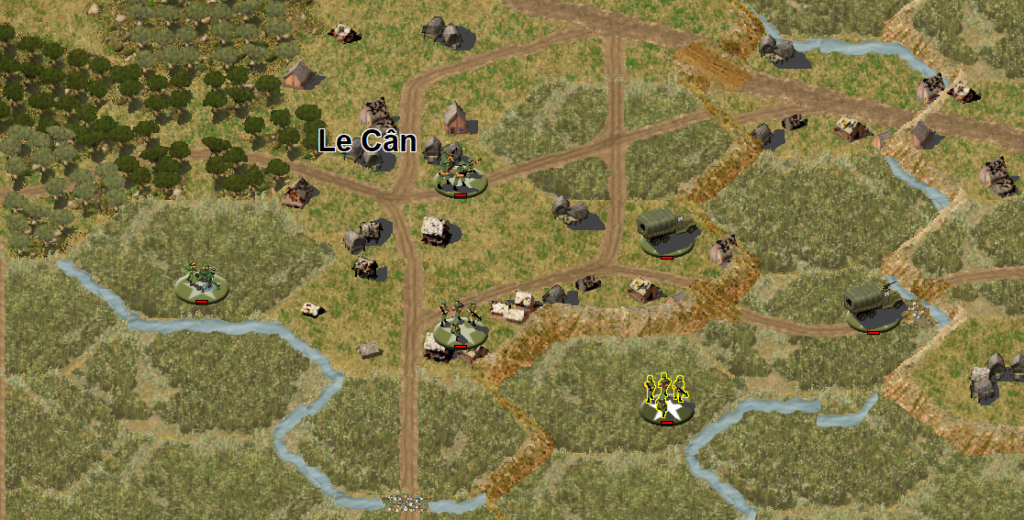 Knowing that we are working on Vietnam, Gary (known better as callsign XLVIII Panzerkorp in the various Matrix Games fora) supplied a variety of unit bases for the difference branches for the Americans. These included the Army, Cavalry, Marines, Navy, Special Forces, Tac Air, Air Force and the Airborne. 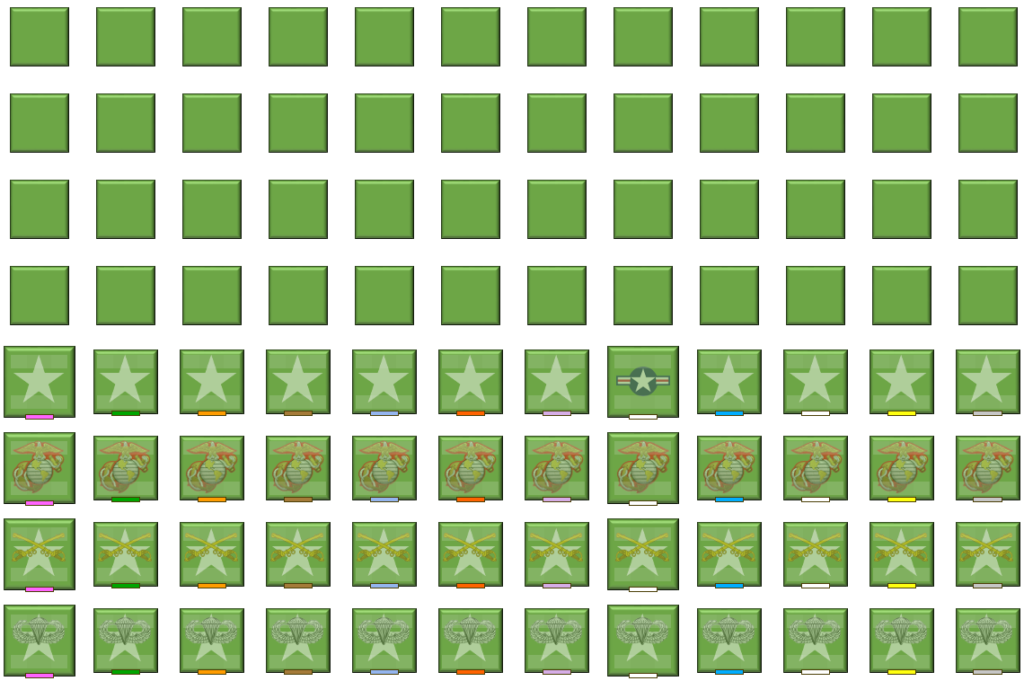 We have not forgotten you boardgame fans out there either. Crossroads modeled a separate chit base for each of the base, similar to what Gary had done in 3D. Thank you Petri!

This was a mammoth task started to provide a better visual experience for the player. We really hope you enjoy the results!

Thank you for your support!
Jason Petho