The Campaign Series East Front Order of Battle files (*.oob/OOB) were originally created by Talonsoft for the first release back in 1997. Since then, they have been continuing added to and expanded upon with each successive release, including the various Matrix Updates. Unfortunately, this has lead to a mish-mash of organizations, ID coding and an incohesive mess. Instead of attempting to correct and massage the existing data, it has been decided to start from scratch for East Front III.

A major enhancement with the order of Battle files, is the extra numeral in the platoon ID from five to six characters. Unfortunately, this nullifies all the previous OOB files, but this addition provides thousands of unique identifiers (UID) that can used for creating the new platoons. The new UID capabilities have provided the opportunity to fill in the proper strength point levels for various platoon types to ensure that the organizations being created are more accurate than ever before.

The enhanced UID’s have also allowed me to create different branches within the organizations, which will display unique chits on the map. The new branches are;

Adding these new branches have burned through a lot of the new UID’s, but I believe it will be a visual delight to see on the battlefield when playing.

East Front III 1939-1941 will have certain units that are easily indentifable with the 2D and 3D icons/bases. Part of this means building these specific units with unique ID’s and structures (from the platoon up, of course). Here’s a sample of Grossdeutschland circa September 1940: 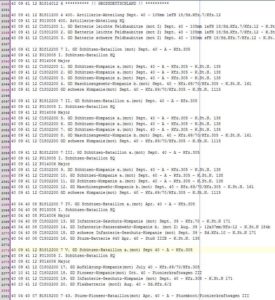 East Front III will cover the German OOB organizations that span between January 1939 and December 1941. Additional dates will be covered in the future East Front III DLC’s. 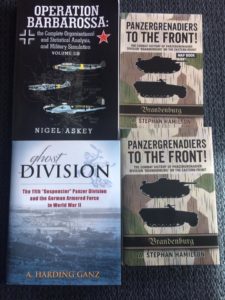 Creating the organizations for the Germans is a challenge. Even during the three-year time span, the various structures changed on a regular basis for all branches. The panzer and infantry forces changed considerably between how they started the war in September 1939 to how they looked as they advanced on Moscow in the winter of 1941.

When looking at the Infanterie Divisions in the OOB files, you will see that I did not detail each division, but each group of divisions that were created in the waves (welle). I have made an effort to recreate each welle and updated it accordingly as the war progressed. Each division in the welle is based on the authorized Tables of Organization & Equipment (TO&E) information that I could find. If you are creating a scenario using one of these divisions, it will be up to you as the scenario designer to ensure that what the actual strength for the division is modelled (assuming the unit isn’t at full strength at the time of the battle) and to adjust the unit identifiers for each subunit to the proper one, but choosing the right division to start with will make that job much easier! One other thing to keep in mind is that a 1. Welle Infanterie Division from 1939 will look differently than a 1. Welle Infanterie Division from 1941, so make sure to choose the appropriate year in the organization editor.

This task took nearly a year to complete. It is a mammoth undertaking, but fortunately there is ample resources out there that helped me in their creation. I have a large collection of books that cover organizations and TO&E and while I used the information from a number of them, the main sources to create the above are from Tessin, Jentz, Nafziger, Askey and Niehorster. In most cases, the sources were consistent and in cases where they weren’t, I did my best to interpret what goes where and when. Please feel free to send corrections or additions my way should you spot them. 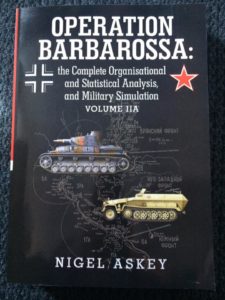 I mentioned above the addition of the additional branches. To create these meant duplicating/triplicating the various Heer platoons to be specific to each branch, but coding them with UID’s, with a specific range for easier data management. The following is a breakdown how the German platoon data is structured:

You can see how the various branches have set UID’s for their units. In most cases, these swaths of UID’s leave enough space for the additional platoons that will come with the future DLC’s, although the Heer infantry is nearly running out of UID’s!

Order of Battle creation is a labour of love and there are many challenges ahead, but do know that we’re making every effort to ensure that you have the most accurate organizations to build scenarios. As the DLC’s get built, we’ll be adding more and more related countries with encompassing scenarios.

Thank you for your support!

Side Note: For the Soviet fans out there, you’ll be happy to know there is the regular army, GUARDS and NKVD units in the new OOB structures.