This new CS Legion article series, “Marshall Budyonny’s Dacha” covers the early part of the Red Army’s response to Hitler’s Operation Barbarossa in 1941. The articles cover various aspects of scenario design, and some key historical points. This first article deals with a guide on how to research the details needed for Campaign Series scenario design.

Operation Barbarossa was very massive, with numerous armies, dozens of corps, and hundreds of divisions. WWII war historians like David Glantz have written volumes about the 1941 invasion, but the discussions are about movements and actions of armies and corps. Occasionally, a division is identified and discussed, but this is the exception.

The new game, Campaign Series EFIII is not suitable for simulating these very large operations. It is much more geared to scenarios with maybe a few regiments on each side, at most a couple of Divisions per side. Details of the lower level unit identification, specific combat locations and times, are not easily found in the narratives.

For example, David Glantz wrote “Barbarossa Derailed, The Battle for Smolensk, 1941 Volume 1.” It is an excellent reference, but does not provide the level of detail needed for good CSEFIII scenario design.

A narrative example in Barbarossa Derailed is as follows: “Boldin, to attempt to organize a counterstroke in accordance with DP-41. Assigning Boldin nominal control of Khatskilevich’s 6th and Mostovenko’s 11th Mechanized, as well as Major General Ivan Semenovich Nikitin’s 6th Cavalry Corps, he ordered the forces of the three mobile corps to mount a concerted attack northward from the Belostok region towards Grodno. . .”

Notice that there are no divisions, regiments, battalions, etc. identified. Where were some of the firefights between German and Soviet forces? The area between Belostok to Grodno is huge, as these cities are 50 km apart. On an EFIII map this would be about 200 hexes. Further, this action spanned two or three days. This narrative is simply not specific enough to design a historical EFIII scenario.

This problem can be overcome by using a systematic research method. The first step is to identify a specific campaign within the overall Operation Barbarossa.

Then on the German side, identify the Army Group, Armies, and Corps.

On the Russian side, identify the Front, Armies, and Corps. There were certain identifiable, smaller “campaigns” within Barbarossa. For the German Army Group Center vs Soviet Western Front, the advance on Minsk comprises the first phase, and then afterwards the Smolensk Campaign. In the south, there was a huge tank battle in the Lutsk-Brody-Dubno triangle. These may be artificial constructs, not always found in the literature, but they provide a framework for further research.

Using the narrative example, and studying the book’s Appendix B OOB tables, one can find that the Western Front had 11th Mechanized Corps. This Corps consisted of 29th and 33rd Tank Divisions, and 204th Motorized Division.

We can pick one of these, perhaps 29th Tank Division for a scenario. We can do Russian language searches on it, like 29-й танковая дивизия, in Google, and translate these back to English and find regiment and battalion numbers. Perhaps, in Wikipedia articles, we might even find a battle narrative that provides further detail.

Similarly the 6th Mechanized or 6th Cavalry Corps can be researched for historical information.

One of these should have some interesting action that can be fairly well defined, in terms of units involved, specific locations, and specific times.

A Corps level commander on the Soviet side might have Wikipedia articles. They might even contain some of this battle information. Primary source data, such as a “Kriegstagebuch” might offer some additional information.

According to Glantz’s text:

“The few tanks, cavalry, and infantry that survived the gauntlet of intimidating air strikes arrived in the Grodno region long after Hoth’s panzers had raced eastward toward Vilnius and fell victim to devastating infantry ambush and antitank fire from German Ninth Army’s advancing V Army Corps.”

The Divisions of V Army Corps can be found in Appendix B OOB tables: 161st,  5th, and 35th Infantry Divisions. Similar internet research on these Divisions might yield some specific relevant information.

So the basic “Campaign Model” method is to understand the overall picture of a “campaign,” and to know the Army Group, Front, Armies, and Corps involved. (Both sides)

Then from the operational narrative, identify specific Corps actions, general area, and timing.

Research these Divisions and perhaps commanders in more detail, to find specific and relevant units,locations, and times.

A sketch of the campaign is useful: 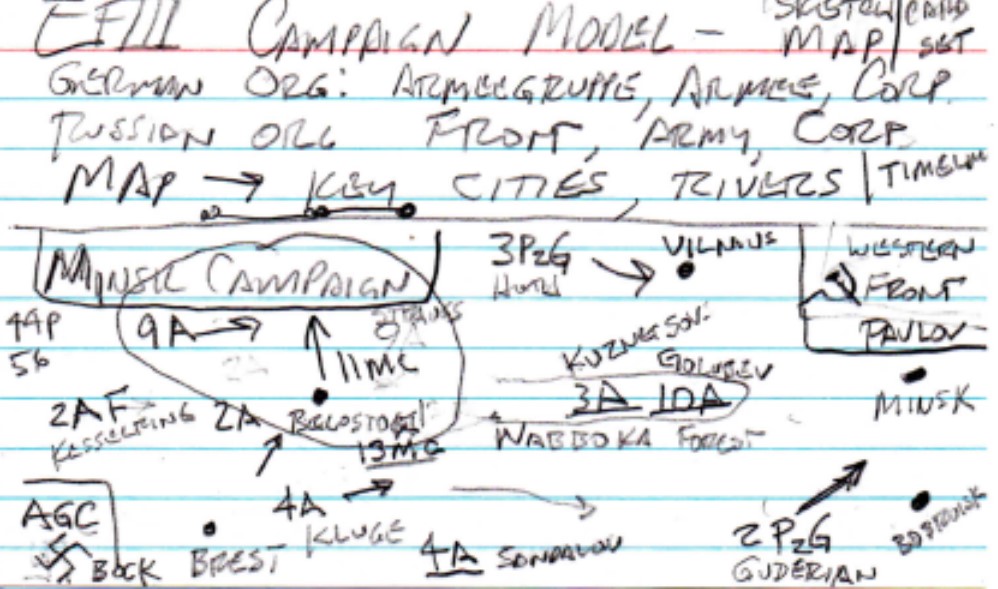 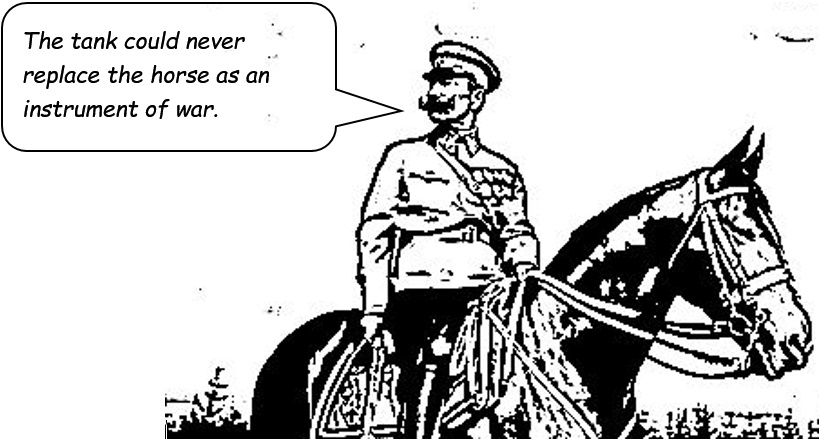