Were you aware that the German OKW produced maps of the entire east front, every day, showing  positions of major units? And, did you know that you can download these scanned maps, and use them for research?

The “situation” maps were called “Lage Ost” maps and made between June 1939 and May 1945. This is a highly significant and unique source of documentation for the 1939 Polish campaign and the Soviet-German war, 1941-45. These maps, which number approximately 2075, and were prepared for daily use by Oberkommando der Wehrmacht, OKW. They detailed dispositions and movement of German forces and their opponents.

In 1999-2000, the National Archives and Records Administration (NARA) filmed these records in the format of 20.32 x 25.4 cm color transparencies. Negatives and reference prints were retained by NARA, while original maps were returned to the Bundesarchiv in Koblenz, Germany. Fortunately, these have been digitized, and are now available through a website: ftp://jccalvin.ddns.net. More on this later.

The wall-sized maps were first printed  by the Mapping and Survey Branch (Abteilung fur Kriegskarten und Vermessungswesen,) and then, annotated by OKH’s Operation Branch (Operationsabteilung) to indicate specific headquarters and unit locations. New maps were prepared daily, as staff officers collated radio and teletype reports from front-line commands to indicate advances, withdrawals, or other changes in locations and shifting geographic boundaries.

The maps were sent to OKW’s Operations Staff (Wehrmachtfuhringstab) for their use in following daily military developments on the Eastern Front. At times, Adolf Hitier personally reviewed these in consultation with his generals. The approximate size of the originals varied from 193 x 193 cm to 152 x 243 cm.

The map annotations are in German, as are transliteration of Slavic place names (e.g. “Wilno” for Vilnius, “Woronesh” for Voronezh.) Knowledge of German is helpful. German and enemy command headquarters are shown by standard German Army tactical symbols. The NARA document: German Military Situation Maps provides additional technical information on the maps, and some history of their capture and exploitation by the US Army.

An overall view of one of these wall-sized maps is shown here.

A “zoom-in” of a specific section of a situation map is shown here. This provides some details on the battle around Smolensk on 15 July 1941. 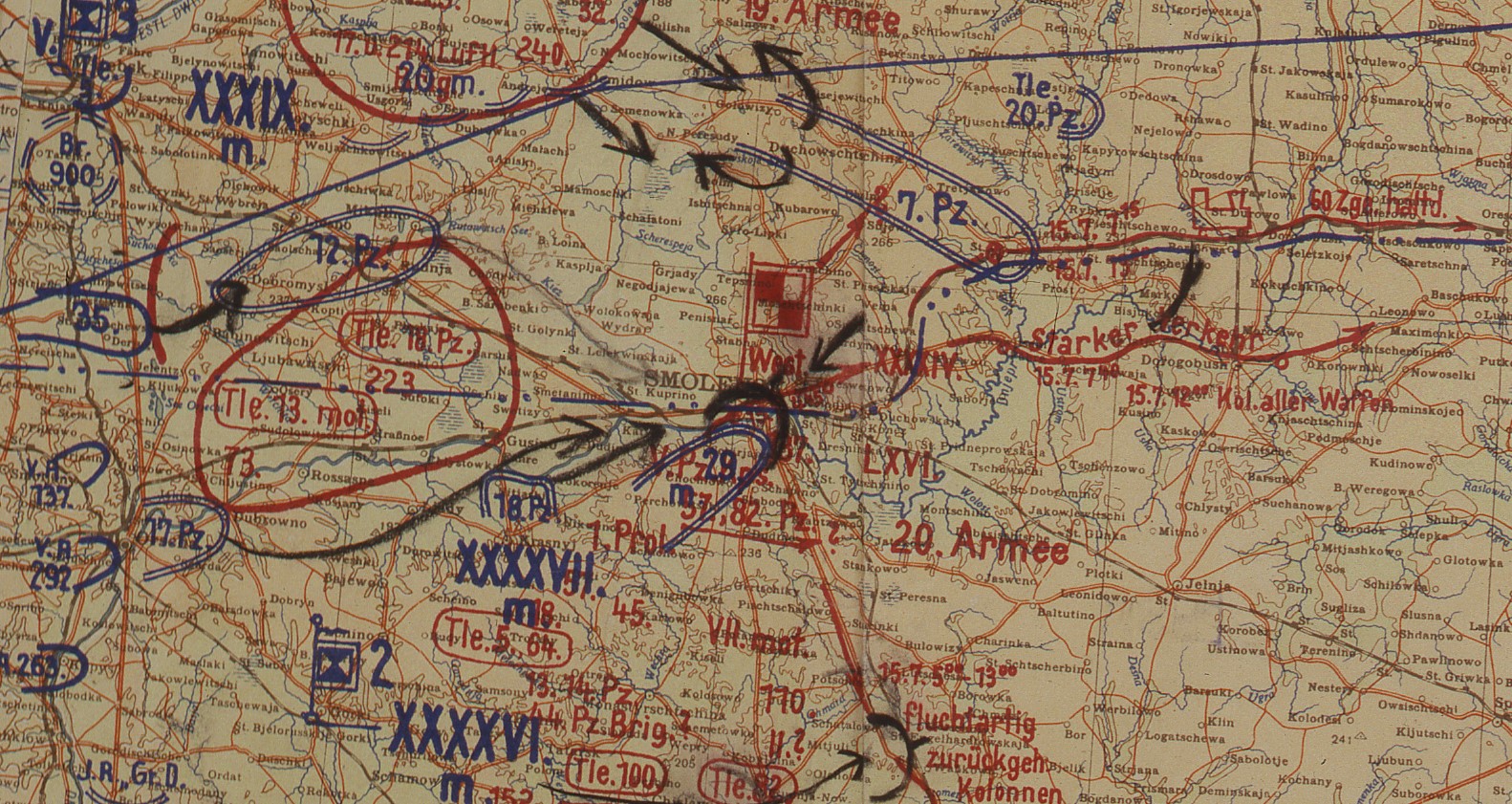 From this map, the locations of various divisions, like the German 20. Pz (blue color) or the Red Army 37th and 82nd Tank Divisions are visible.(Shown in red color.) Locations of the 2. Panzergruppe HQ is visible. (It is near Gorki.) The Red Army Western Front HQ is shown in Smolensk, but fleeing to the northeast. The next screenshot shows the resolution possible (The total map filesize is 86 MB).

These are screenshots from the MS Paint software display of the files. Most of these files are in the *.tif format. The software program Paint is useful for viewing these as it allows various zoom levels.

After pressing the keyboard “enter” key, this website should appear. Here is a screenshot: 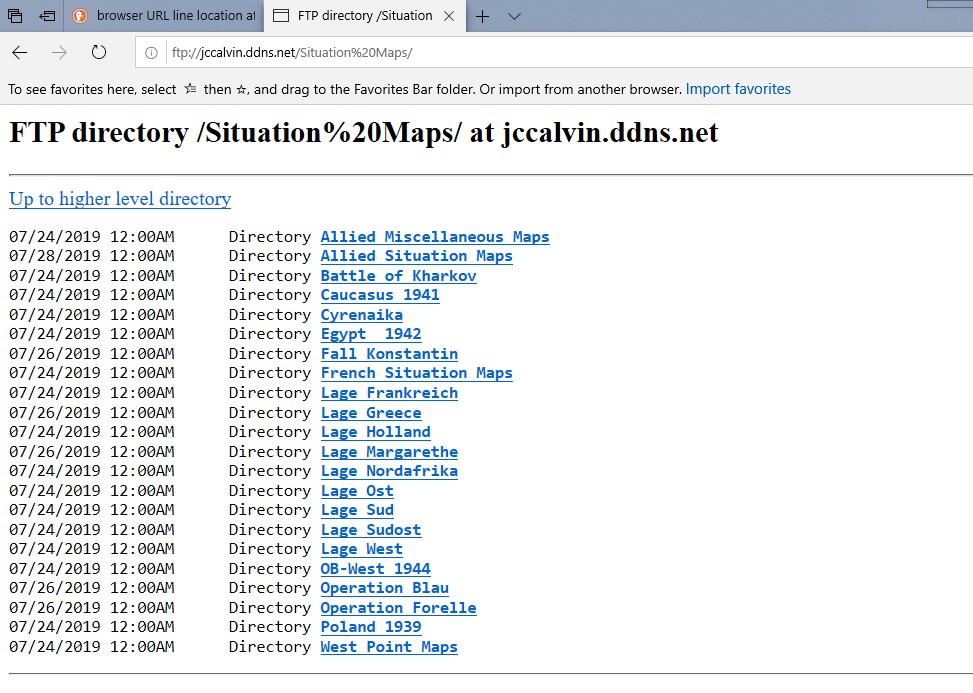 Next select the directory Lage Ost, by left clicking on the link Lage Ost. Do not right click or attempt to open this in another tab or window at any time when working with this server. This will redirect and get off track. The next directory shows options for various years, 1941, 42, 43, 44, and 45. Army Group Weichsel 1945 is also shown.

Again, left click on the Lage Ost 1941 option, and the directories for the months June to December 1941 are shown. Left click on the month of your choice. For example, when June is selected, the screen will show the following:

The daily map of your choice can be downloaded by left clicking on the appropriate link. These maps have large filesize, shown on to the left of each link. They vary from 34 to 96 MB. Download times could take several minutes up to perhaps a half hour, depending on your internet service.

After downloading to the folder of your choice, the TIF graphic map file can be opened in MS Paint or some other suitable graphic software.

This can be downloaded from http://www.sturmpanzer.com/Research/Resources/resources.aspx 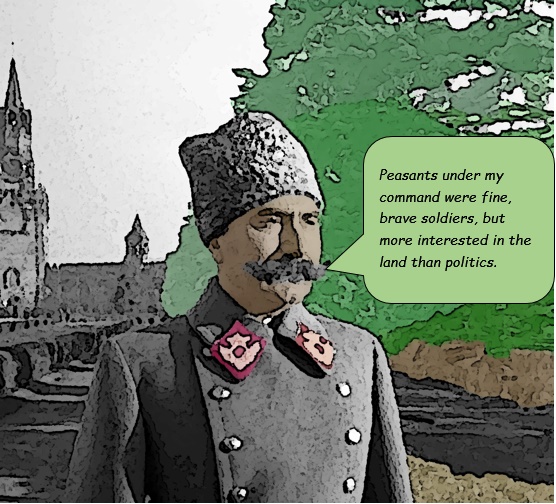