Yes, the word Kriegsstärkenachweisungen is a mouthful, but it means the “tables of organization and equipment” for the Wehrmacht. And, to make things easier, we can use the abbreviation, KStN.

German unit organizations were based on tables of organization, (Kriegsstärkenachweisungen – KStN). All units had them, and all orders creating units indicated corresponding KStN numbers and dates. Issue dates were deadlines for when the KStN became effective.

The word  “Kriegsstärkenachweisungen” can be broken down: Krieg = war or military, stärke = strength or the composition, nach = according to, and weisungen =  instructions or direction.

The KStN were in the form of tables showing theoretical organization and composition of company sized units. These were often changed during the war due to reorganization of higher level units like regiments or battalions. The KStN gives the maximum number of men, their leadership, position, tasks, and armament authorized. The type of vehicles is also specified.

The company, staff (Stab), Staff company (StabsKompanie,) detachment, or battery is the basic level at which all KStN numbers were assigned. Larger units like battalions and regiments did not have KStN for the total organization, but had KStN for their staffs and staff companies.

It is important to emphasize that KStN indicated the maximum authorized organization. In many cases, they represented an ideal organization which in reality, was rarely achieved.

As new KStN appeared, the old ones were supposed to be destroyed in the field. The bombing and ensuing fires caused destruction of the Potsdam military archives in 1945, which means that only portions of the KStN remain today. KStN tables are primary source research documents.

The Kriegsgliederung drawings showed the overall organization of battalions, regiments, or divisions. However, these were built up from company sized units defined by the KStN. 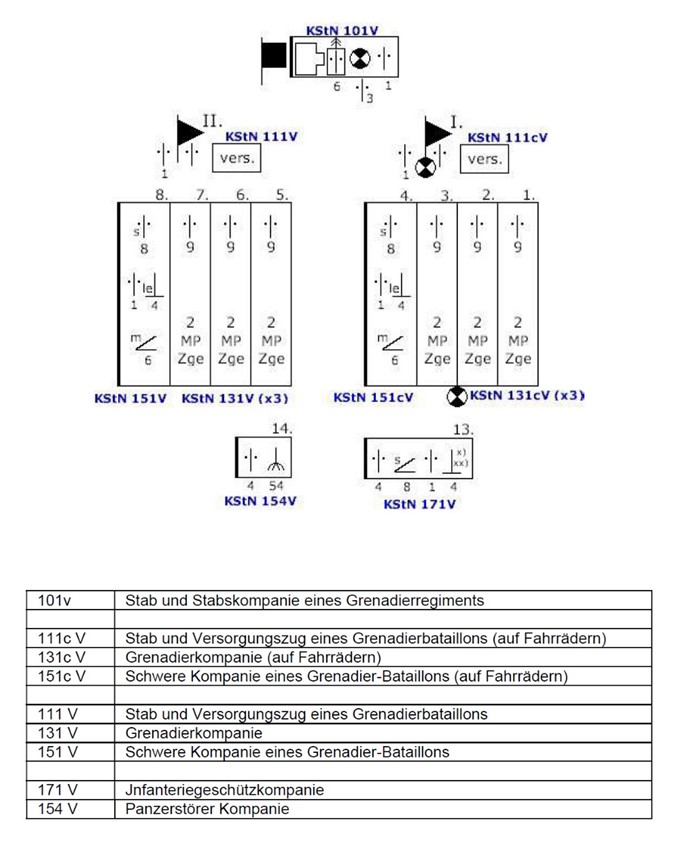 Note that typical Kliegsgliederung did not include KStN numbers on the drawings. They are only shown here for illustration. The KStN 101V does not define the whole regiment, only the headquarters staff.

A KStN represented a particular organization, with a description, number, and issue date. We will examine KStN 1114, for at Schützenkompanie (mot) or a motorized infantry company. These were found in Panzer divisions. This KStN was issued 1.1.1941 or 1 February 1941.

It has three pages, called “Seite” a, b, and c. The Seite a shows the composition of the company staff and an infantry platoon. The graphics were recreated from other records by Larry Schaeffer.

The Seite b describes the machine gun group, which had two heavy machine guns. It also showed the composition of the “Gefechstross,” which was an administrative staff that included various NCOs that acted as weapons, equipment, and medical officers.

The last page shows the maintenance and baggage organizations. (Kfz. Instandsetzungstrupp and Gepäcktroß.) In addition, it shows a summary (Zusammenstellung) of the personnel and equipment for the various parts of the company. This includes the commander, infantry platoons, machine gun group, maintenance, and baggage.

The tables show some of the numbers in parenthesis. For example, section “Waffen”

The other situations are similar, like “besp.” vs “(unbesp.)” This refers to whether or not the transportation was horse drawn or not.

The following words appear in the headings or row  and the meaning may not be clear.

The internet has a few websites where KStN documents can be found. These were either scanned from originals, or recreated. For the 1941 era Panzer units, a good source are Larry Schaeffer’s series of books. These KStN are recreated from other documents, can be downloaded from the website Sturmpanzer.com. The link is: http://sturmpanzer.com/Research/Library/library.aspx

Lists of KStN were prepared by Georg Tessin, and presented on Leo Niehorster’s website:

The wwiidaybyday website has KStN in the form of graphic displays, showing figurines of soldiers, horses, and tanks. This ties the KStN number to the quantities shown. This could also be very helpful to enthusiasts looking for information. https://www.wwiidaybyday.com/kstn/kstnmain.htm 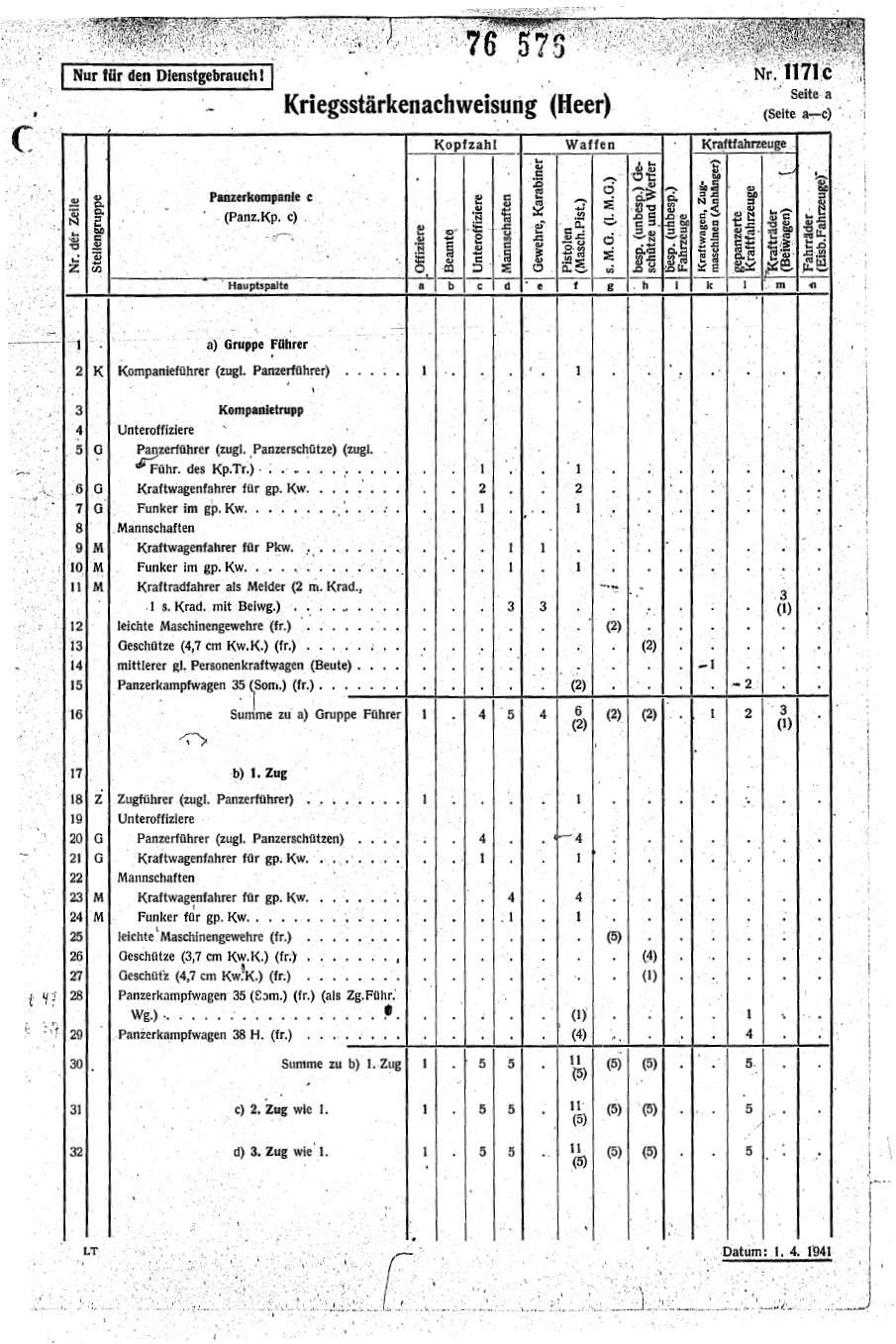 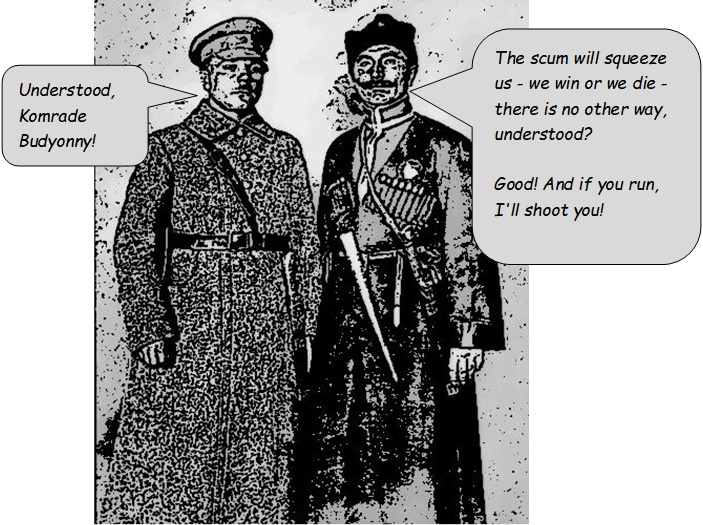