The Switzerland intelligence network, known as the Rote Drei, (Red Three) provided Moscow with much information on the German Army, its plans, and operations. The ringleader, Sandor Rado, coordinated the efforts of three sub-group leaders, codenames Sisi, Pakbo, and Long. In addition, he oversaw at least four radio operators, in various locations in Switzerland.

Rado was a Hungarian from Ujpest, near Budapest. He was born into a Jewish family in 1899, and after graduating from the gymnasium, was drafted into the Austro-Hungarian Army. He attended officer training school, graduating in 1918, and was afterward assigned to an artillery regiment.

During this time, he also studied law  as a correspondence student at the University of Budapest.

The academic environment, and political mood of the time influenced him to join the Hungarian Communist Party. After the fall of the monarchy, and subsequent Communist takeover in Hungary, he was assiged as a cartographer for a Hungarian Red Army Division.

Eventually Rado became the commissar for the division’s artillery, and was involved in fighting anti-communist insurgents. But, when the Hungarian Communist regime fell in September 1919, Rado fled to Austria.

At the University of Austria, he studied geography and wrote on military topics for the  German-language Magazine Kommunismus, published by Hungarian political refugees. In July 1920, he established Rosta-Wien, an information agency, which he used to spread propaganda broadcasts from the Soviet Union.

Later, Rado moved to Germany, and prepared for the Communist uprising there. But, the badly planned revolution failed, and he went to the Soviet Union in 1924, where he worked for World Economy Institute of the Communist Academy.

In 1926, he returned to Germany, and established the Berlin cartographic agency “Pressgeography”. Hitler’s rise to power in 1933 caused him to flee to Paris. There, he formed an independent anti-Nazi press agency, “Impress.”

With the arrival of Prime Minister Pierre Laval, French policies became more sympathetic to Nazi Germany, and suspicious of Communists and left-wing activists. Rado began planning to move to another country. During this time, the deputy chief of Soviet military intelligence, Artur Artuzov approached him, and recruited Rado as an intelligence agent to spy on Nazi Germany.

Rado first sought residence in Belgium, but having his request denied, he obtained approval on a residence permit in Switzerland. Geneva was his choice because the League of Nations was there, with potential information contacts. In Geneva, Rado set up a cover business, GeoPress Agency, ostensibly to make maps.

Starting in 1937, Rado began obtaining contacts and information on the Italian military, and its support of General Franco in the Spanish Civil War. The “Center,” as the GRU HQ was called, was interested in information about Italian troop transfers to Spain.

In La Spezia, Italy, Rado observed three warships loading troops and supplies. He was even able to gain access to board the cruiser, “Giovanni delle Bande Nere.”  He passed this information to his Paris handler, codename “Koyla.”

Later, Koyla authorized Rado to be the group head in Switzerland. A new contact, Otto Puenter was introduced and assigned to Rado to contact other sources. Puenter’s codename was “Pakbo.” Thus began the spy ring, with Rado, codename “Dora” as the leader.

In the years 1938 and 1939, Rado developed the group. He gained two other sub-group leaders,

Ultimately, the sub-group leaders made contacts with well-connected sources, that provided very valuable information. In the years of 1939 to 1941, there were at least nine sources: Codenames Poisson, Gabel, Louise, Salter, Agnessa, Grau, Taylor, and two others that were not identified.

The subgroup leader Sisi, or Rachel Duebendorfer would later find a source, codename “Lucy,” with contacts in the German High Command. This was a 1943 development. Lucy, identified as Rudolf Roessler, got information from sources, with codenames “Werther,” “Teddy,” “Olga,” and “Anna.”

The identity of these was never confirmed by direct testimony or documentation. However, a CIA study suspects these were: General Hans Oster, Abwehr chief of staff Hans Bernd Gisevius, German politician Carl Friedrich Goerdeler, and General Fritz Boetzel, Intelligence Chief for Army Group Centre. These sources became available to Rote Drei in 1943, useful in the battle of Kursk. 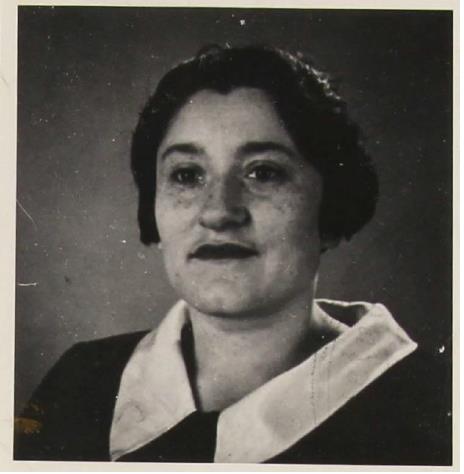 The following table describes the basic organization of the Rote Drei regarding sources and sub-group leaders.

Here are some important messages that Rote Drei transmitted to the “Director” in Moscow between 1939 and 1942. They predicted both the invasions of Poland and Russia by the Germans.

In 1939, Gabel provided: “. .  disposition of  Italian army land and air units, Italian military industry and shipbuilding, and arms for Franco.”

and 1940: “According to the Japanese attaché, Hitler said that after a quick victory in the West, a German-Italian offensive would begin on Russia.”

In 1941 Geodress sent: “Rommel said: The time of our action against Russia is just around the corner … We do not expect much resistance.”

In 1941 a Swiss Factory Official reported: “On the Soviet-German border there are about 100 infantry divisions, of which one third are motorized. In addition, there are 10 armored divisions In Romania.”

In 1942 the Uruguayan Ambassador said: “a skirmish (political) between Hitler and Mussolini: the Fuehrer accused the Italians that they were badly helping him in the fight against Russia. He demanded 25 mountain divisions for the Eastern Front and 30 divisions for Greece, Yugoslavia, Holland and Belgium.”

In 1940, Rado contacted Alexander Foote, an English Soviet agent in Switzerland who had worked for Ursula Kuczynski’s network in 1938. Foote became a radio operator for Rado’s intelligence network, and in March 1941 managed to establish radio communication with Moscow Center from Lausanne. Foote, codename “Jim” became the first radio operator for the Rote Drei.

Margarita Bolly first served as a courier, but she began training on Morse code and by the summer of 1942 was a wireless operator for the group, under codename “Rosa.” She also worked from Geneva, with a radio transmitter set up in a separate apartment, with Rado paying the rent. Ultimately, the group had two transmitters in Geneva, at separate locations, and one in Lausanne.

In March 1940, the “Center” sent a technician, codename “Kent” (Victor Sukolov,) from Brussels to Switzerland for a brief period to help organize radio transmission equipment and procedures. He also provided codebooks for encryption and trained Jim on the procedures.

In addition, Kent gave tips on transmission. They were required to compose radiograms in German, using Morse code. Each operator had a separate callsign. The radio wavelengths, and transmission times were to be varied, as a defense against direction finding.

Here is the plaintext for an early message sent from Rote Drei:

According to data received from the Swiss intelligence officer, Germany now has 150 divisions in the East, In his opinion, Germany’s attack will begin in late May.

The Red Army had fairly standardized encryption methods, but there were mostly done manually using code tables out of codebooks. The 8th Department of Intelligence Directorate, GRU was responsible for encryption methods.

Soviet agents operating ‘illegally’ (with no diplomatic cover) did not have access to a regular supply of codebooks. A simpler system was to memorize a simple letter to figure conversion table, using a six-letter keyword to encode their messages.

The letters of the keyword were assigned numbers according to their position in the alphabet. The keyword was changed at intervals from Moscow. For example, “Talmud” would become 513462. The unused digits 7, 8, 9, and 0 are used as the tens of the cipher digraphs. Then the alphabet would be A= 1 B=70 C=71 D=2 E=71 and so on.

Keywords sometimes came from literary works, and in one instance the Director ordered Sisi to use

“The Storm Over the House”, Ebers Publishing House, page 471, with additional instructions.

This explanation on the next page is from the book, “Compromise of Soviet codes in WWII.” It shows this procedure in more detail, although it uses the Cyrillic alphabet. The Rote Drei probably used the Latin alphabet, since they were ordered to transmit in German.

Rote Drei was able to get some codebooks, and it may have been that that they also use tables like the one shown below to encode messages. The letters, numerals, and punctuation are in the cells of a 10×10 table. Commonly used words are also placed below letters. The rows and columns are numbered in a random sequence, which changes frequently. A letter is encoded by taking the row number first and then the column number. This is a 2-digit system. The Cyrillic letter T = 38. 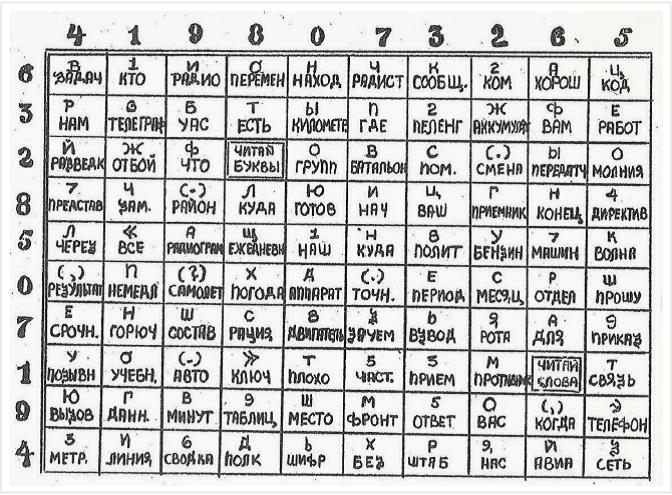 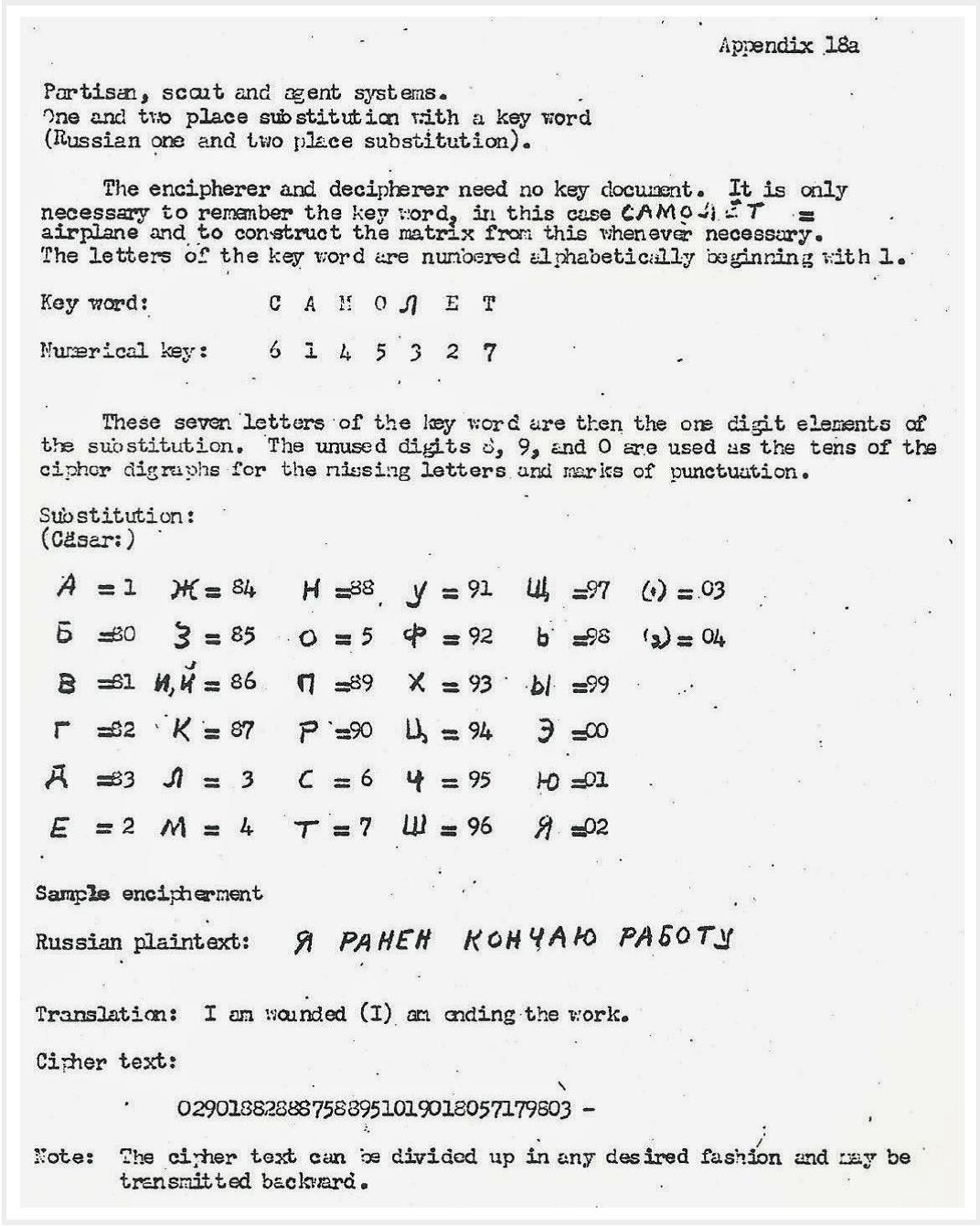 The Rote Drei network was in Switzerland, and had a good size for information gathering. With four radio operators and three transmission sites, they had backups in case one was compromised. This group provided advance warning of the impending German invasion of Russia in 1941, with at least three independent sources providing warnings. So it seems that the Rote Drei provided good intelligence to the Soviet Union in the early years of WWII. Rado received the Order of Lenin in 1943. 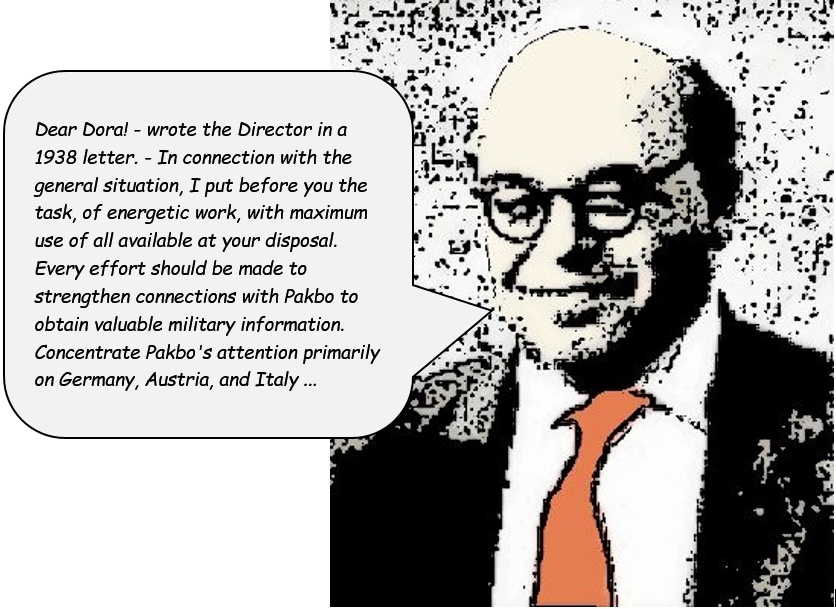