After Leopold Trepper escaped from Belgium in summer 1940, he started another network in France.

With help from Leon Grossvogel, another cover company, SIMEX came into existence, along with sub-groups Andre, Harry, Professor, Artzin, Lyons, and Marseilles. This article provides an overview of the new Trepper organization.

Trepper was known by several aliases, including “Mikler,” and “Le Grand Chef.” Born into a Jewish merchant family near Zakopane Poland, in 1904, he left school in his teens to work in the mines of Kattowitz. He was a labor activist, and joined the Communist Party, and by the time he was twenty-two, he was jailed for heading a revolt at Dombrova.

After eight months in prison, and unable to find work, Trepper went to Palestine to join the Zionist movement. There, he began an apprenticeship as a spy. In 1928, he went to France and joined the Rabcors, a Communist group providing information to Moscow.

The French Commissaire dismantled the Rabcors in 1932, and Trepper escaped to Moscow. Between 1932 and 1935, he attended the KUMNZ University, (Communist University of the National Minorities of the West) and also joined a closed community of Communist agents-in-waiting. Trepper received intensive instruction in Soviet intelligence.

In 1936, Trepper was technical director of Soviet intelligence in Western Europe, and  returned to Paris, France. His first successful mission, was the discovery of the traitor responsible for the arrest of the “Phantomas.”

In the autumn of 1938, Trepper, alias Adam Mikler went to Brussels with his wife Sarah Orschitzer. He worked with Leon Grossvogel, who he had known in Palestine. They set up the Belgium network and the cover company, “Foreign Excellent Raincoat Company.”

In 1940, Trepper escaped Brussels and set up a new network in France. In early 1941, he sent information about German troop transfers to the Russian border, ostensibly preparing for an invasion. The Abwehr tracked him down, and arrested Trepper on November 24, 1942 from a dentist’s chair.

Trepper managed to escape in 1943, and went underground. After the war, the Soviets imprisoned him in Lubyanka until 1955. He settled in Jerusalem in 1974, and died in 1982. 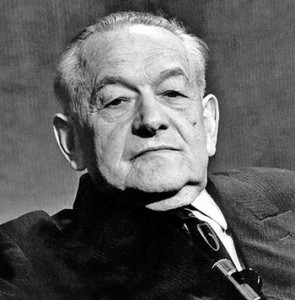 Formation of Trepper Group in France

When Leopold Trepper fled from Belgium to France in July 1940, he had already accumulated a great deal of experience and contacts in France. Paris was his base from 1936 to 1938.

Trepper renewed his direct contact with Moscow by getting in touch with the Soviet Military Attache in Vichy. The attache supervised his efforts to build an organization, and directed him to pursue military intelligence targets. Trepper’s assistants were Leon Grossvogel and Hillel Katz.

Although he was not the leader of any group, Hillel Katz (alias Andre Dubois, alias Petit Andre) was Trepper’s secretary, and played a leading role. With the help of Grossvogel and Katz, Trepper  developed acquaintances with people favorable to the Soviet Government or sympathetic to the Communist cause, and recruited them as agents.

SIMEX, was a cover business established in Paris through Grossvogel’s efforts. (The name was derived from S for Societe, IM for import, and EX for export.) In the new firm, Trepper appeared as Jean Gilbert. It was Grossvogel’ s task to build a sound and respectable business, while Trepper handled clandestine activities, using the firm for cover. SIMEX eventually spread far afield, and at the time of its 1942 demise, had  representatives in Germany, Scandinavia, and the Balkans.

The SIMEX business had general dealers and contractors handling utilities and operations needed by the German occupation. They dealt extensively with the Todt organization. The firm provided the network direct contact with German industrialists and businessmen, and gained valuable privileges in the course of its business, such as freedom of movement in occupied territory.

Grossvogel ran the business end SIMEX, but he feared that his status as a Jew might cause suspicion with German contacts. He withdrew from the firm and directed his efforts to the clandestine communications of the network. In his place, Alfred Corbin, a Communist sympathizer, took over the directorship.

Before business deals, Corbin asked suitable questions to the German clients. In this way, much intelligence was gathered, while saying very little. Care was taken that negotiations were always conducted with persons in important or responsible positions.

The “Grand Chef” played this role with great skill and delicacy, without anyone suspecting that he was a highly accomplished Soviet intelligence officer. Instructions were always sent out as business communications, or similarly disguised, leaving no evidence of their intelligence nature.

SIMEX representatives sold the idea that “a businessman who wants to be superior, must be informed about everything, and must continually keep abreast,” and “without a sound inquiry, no business transaction can be carried out successfully.” With this tact, they acquired cheap, dependable sources of information in Belgian and French business circles, with excellent camouflage.

The organization had seven separate groups or networks in France, each active in its own field, and under its own chief. Trepper’ s seven groups were constructed centrally, with parallel but completely independent networks in which only the group leader had direct contacts with the “Grand Chef.” They had regular meetings and a system for the Grand Chef to reach group leaders at predetermined locations. This communication method was not possible in the other direction, however. Stringent measures of security and compartmentation were built into the organization.

The groups were as follows:

(2) “Harry” (Henri Robinson): Information from French military and political circles, from Vichy intelligence (Deuxieme Bureau), from the Central Committee of the illegal Communist Party, and from U.K. and Gaullist circles. (In contact with Trepper only after September 1941.)

(6) “Romeo” (Isidor Springer): Leader of the Lyons group; contacts with US and Belgian diplomats.

(7) “Sierra” (Victor Sukolov): Leader of the Marseilles group; information from circles around Darlan and Giraud; contacts with French authorities and administrative departments. 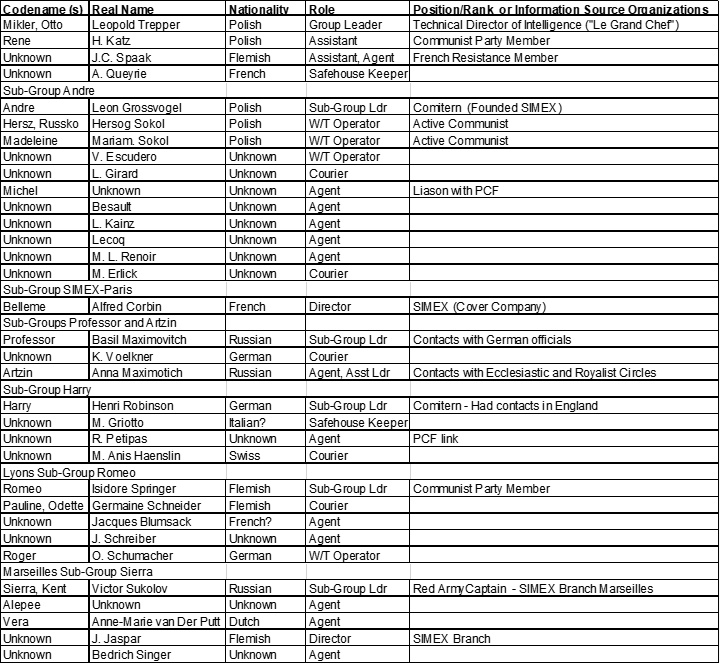 From the time he escaped from Belgium in summer 1940, through 1941, Trepper used the Belgium radio network, operated by Wenzel for transmission to Moscow. The search for radio operators for French operation was assisted through the military attache in Vichy, who helped Trepper in recruiting. A list of active Communists identified Hersog and Marian Sokol, and they were selected to be trained as W/T operators.

Grossvogel was responsible for establishing a reliable wireless line and supervising the operators. Three W/T sets were made available to the organization, although only one was ever used. One set belonged to Robinson, but was unusable. The other was an American set which was operated by the Sokols. The third was a set was given to the Girauds by the French Communist headquarters, and never used.

By April 1942, the Sokols were transmitting, but were not able to contact Moscow directly, and their messages went to London first, and then relayed to Moscow.

The Sokols were arrested in June 1942, and so Trepper had to transfer this function back to the Jeffremov network in Brussels, operated by Wenzel.

Agents had to move in and out of several European countries, and so obtaining passports was critical to espionage operations. Many networks used forgers, such as Abraham Rajchmannn in the Belgium network.

Trepper used the alias Adam Mikler when he arrived in Belgium. He carried Canadian passport #43761, issued in Ottawa 12 July 1937. Canada is one of the few countries that issues by mail and does not require a personal appearance before an official. The requirement is to visit a travel agency, have a reasonable cover story, lie under oath, and pay a $5 fee.

However, Canadian records tell a different story. According to the immigration authorities, no person by the name of Adam Mikler has ever entered, resided in, or left Canada.

Canadian passport #43761 was issued on 7 July 1939 to one Michael Dzumaga, born in Winnipeg on 2 August 1914. This man fought in the Spanish Civil War as a volunteer in the Mackenzie Papineau Brigade. In 1946, Dzumaga was not in possession of his passport, which he claimed was lost while he was in Spain.

It appears that passport #43761 was an authentic Canadian passport, but fraudulently altered by the Soviets, and then used by Trepper. This type of document forging was common within the intelligence services.

Trepper was a very knowledgeable spymaster, and was able to create and operate relatively large networks within hostile countries. His association with the Belgium and French networks required creating cover companies, and setting up communications systems.

The French network had good contacts through SIMEX, and probably provided good information to Moscow. This information was probably about the German troop movements within France, and may not have had much direct application to the German armies on the East Front. 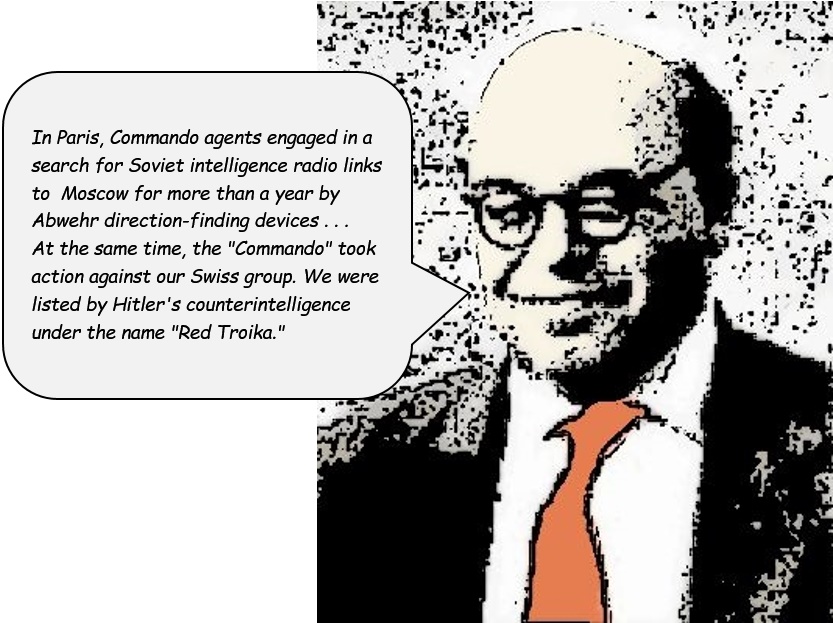