I’m putting together the Romanian order of battle for Campaign Series: East Front III, a platoon-scale tactical wargame covering battles in WW2 Eastern Front during 1939-1941. This blog post supplements Jason’s recent German OOB post by revealing what’s in store for one of the minor Axis allies.

I believe the common perception of the Axis Minor Allies performance on the East Front is accurate to a degree but probably too harsh (excepting, of course, the well-regarded Finns) and the Romanians prove the point.

The Romanians fielded a mostly illiterate army of conscripts with inadequate transport and fought the entire war at a constant disadvantage in equipment and weaponry. In short, they were fundamentally unsuited to a mechanized and ideological war on the Russian steepe. On the other hand, the Romanians provided the Axis its third largest army and captured Odessa with limited German ground support (though this battle was a drain on Luftwaffe assets). Some may debate the value of the costly Odessa campaign but the Soviets viewed its recapture in 1944 as significant enough to merit a 324-gun salute of 24 salvos in Moscow. This was a rare honor and only ordered after significant achievements such as the capture of Bucharest, Budapest and Vienna (Ref – Stalin’s Orders of the Day). 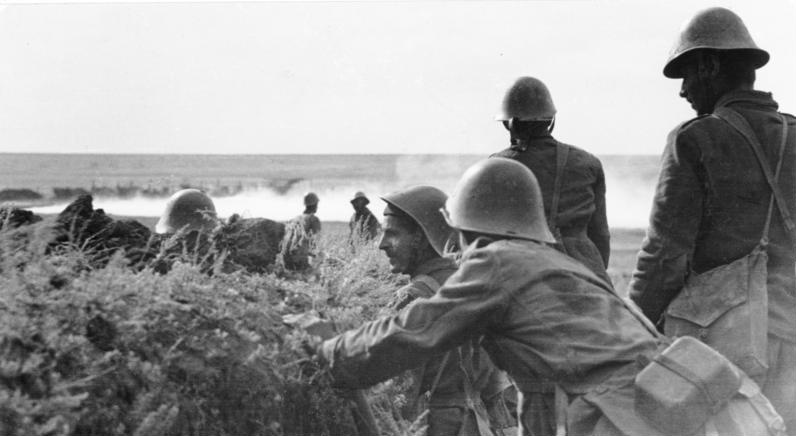 The Romanian Army in World War II was unsuited for a mechanized, technical and ideological war but thought should be given on how far the Germans could have advanced in the south without Romanian support. I tend to think that the Germans bear much of the blame for overly ambitious plans relying on resources that were not available or up to the task.

East Front III will cover the period from January 1939 to December 1941 and anyone interested in the Romanian effort in WW2 should keep in mind that the Romanian Army was constantly being destroyed then reconstituted. Mark Axworthy describes these changes occurring in three waves. The Romanian army that started the war “was rendered hors de combat at Odessa and Stalingrad or in the Crimea….” and the army raised to replace these losses in 1943-44 were lost by the time the Romanians defected to the Allies in 1944. A final wave was raised from training formations to be used as cannon fodder by the Russians in 1944-45.

In terms of East Front III, I won’t have to worry about the 2nd and 3rd waves but there is some complexity in the early Barbarossa OOB as some Romanian formations were trained, just prior to hostilities, by the German Army Mission (Deutsches Heeres Mission in Rumanien, or DHM) and the German air force mission (Deutsches Luftwaffe Mission in Rumanien, or DLM).

I have created separate infantry platoons to represent the 5th, 6th, 13th, 18th and 20th Infantry Divisions which were first selected for initial conversion to German training and tactical systems but have yet to decide on how to name these platoons. Separate platoon designations for each of the divisions is too unwieldy so currently, I’m thinking of adding the DHM acronym to the platoon’s identifier. I haven’t talked with Jason on how this will come out in improved factors but think these units will have a little better morale factors (to simulate better German tactics and the attempt to instill NCO leadership) while scenario designers may want to give a Romanian side consisting of DHM trained troops a higher supply factor than usual. This doesn’t mean DHM trained troops had a better supply system (German supply support to their Romanian allies can most charitably be described as stingy and in times of crisis should be described as antagonistic). 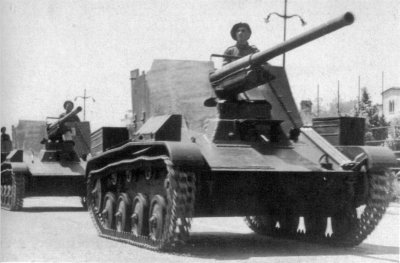 The 1st Armored Division serves as the best example of the benefits of DHM training. While serving under the German 11th Army the 1st Armored Division was very effective, especially when operating as the armored unit of the German LIV Corps by dislodging Russian defenders on the Cornesti Massif and pushing them back over the Dnestr River. When the armored division was transferred to the Romanian V Corps and were assigned the task of cutting off Odessa to the east they suffered high losses as the Romanian infantry of the 15th Division had not been trained to operate with tanks. In fact, during the Odessa campaign the 1st Armored Division was always subordinated to infantry corps and ordered into ill-coordinated frontal assaults on fortified positions.

I’m sure EF fans will be pleased on the attention to detail we are giving to the Romanian OOB. We are moving beyond a stock infantry and engineer platoon and will cover a wide range of the Romanian infantry available: border guards of the Frontier Division (Axworthy “well-trained, long-service troops”); Royal Guard infantry (“reliant on conscripts but had esprit d’corps”); Naval infantry, Fortification Division troops, Vanatori or mountain troops and much more. The engineers are broken down into mine layers, construction, rail, bridging and even work shop troops.

For scenario designers interested in operations in and around the Black Sea and Danube Delta the new OOB file covers every ship in the Romanian Navy to include all the river monitors, torpedo and gun boats along with all the major coastal defense gun batteries and associated AA batteries if one wants to include such locations as Constanta and Sulina.

Jason designed a lot of the Odessa scenarios for the original EF games and he’s planning on updating them with not only the new Romanian OOB but also on the Russian side. Russian Naval infantry will be represented (they played a role not only in the original Odessa campaign but the liberation of Sebastapol in May, 1944. I think he’s also going to add the “Odessa tractors” which were agricultural tractors with armored plate.

Finally, I urge anyone interested in the Eastern Front to take the opportunity of picking up Mark Axworthy’s excellent Third Axis Fourth Ally. Even if you interest in the Romanians is limited it will provide you with a lot of detail on operations in Army Group South. The book is long since out of print and prices online can be prohibitive but if you find a copy at a library or yard sale going for cheap, it is a must buy.