Campaign Series: Middle East 1948-1985 is a new turn-based, tactical platoon-scale wargame that focuses on conflicts in the Middle East.

Buy Campaign Series: Middle East
Get in touch with other players

The series portrays battles spanning from 1948 to 1985. Each scenario is played on a unique, historical map with seven view modes. Scenario maps are based on topographic maps of from the period created on a hex grid; hexes are 250 metres across. Units in game are Platoons, with some Squad level units included as well.

Each scenario has a variable number of turns in which you and your opponent attempt to achieve the maximum number of victory points, usually by destroying your opponents forces or by capturing objective locations.

A wide variety of battle situations are represented in the game, from meeting engagements to trench defences, armoured breakthroughs, battles of attrition, mobile defences, and more!

There are four low-complexity Boot Camp scenarios, designed especially with the new player in mind, with step-by-step instructions on how to play. The remaining scenario vary in size from very short and small to long and large. They can be played against the computer, PBEM, head-to-head, hotseat, or real-time network play. 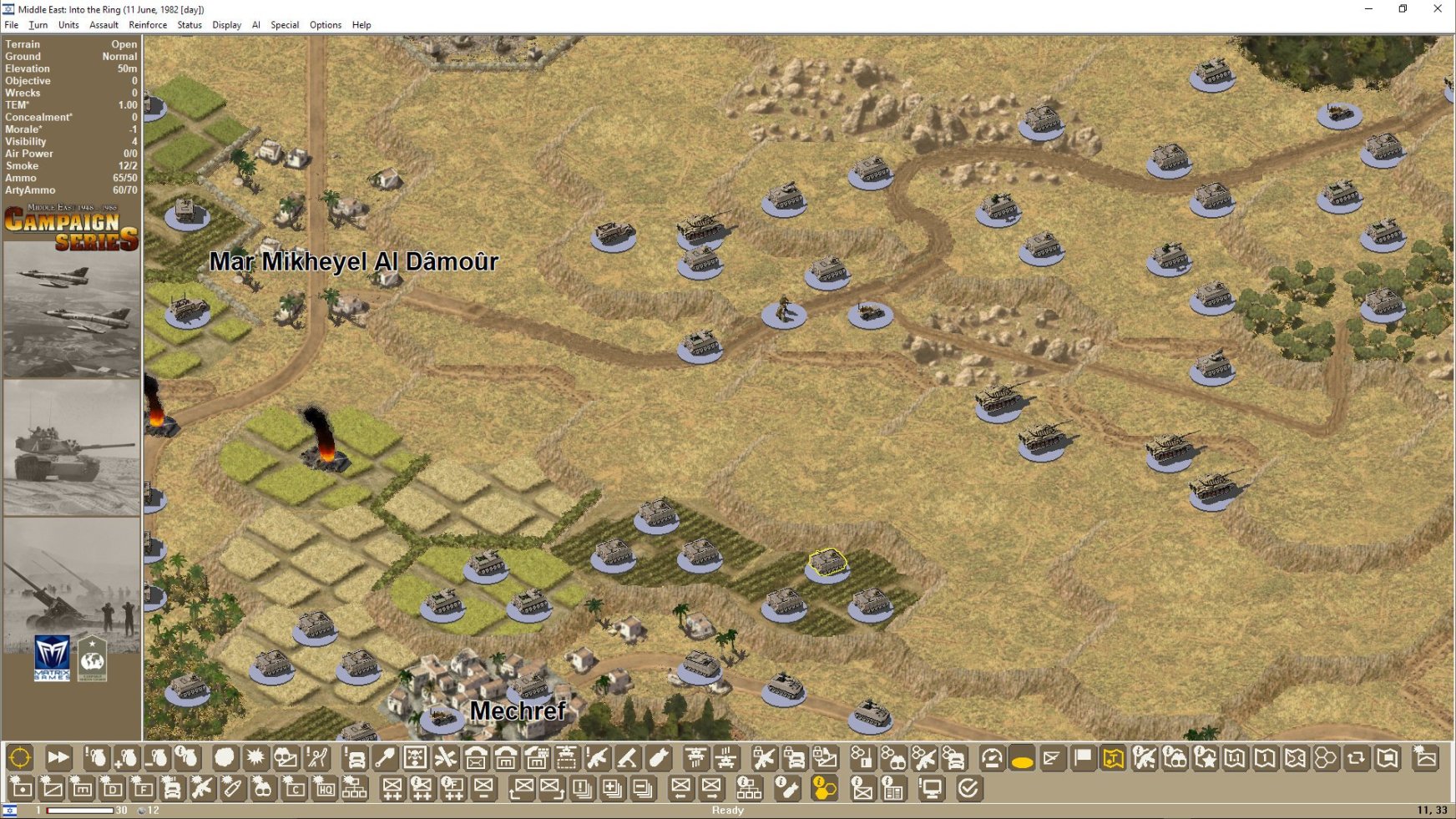