You are already familiar with the term, “Viet Cong.” The term has been around for a long time, first appearing in Saigon newspapers beginning in 1956. But, did you know it was a contraction of “Viet Nam Cong-san”? This is translated as “Vietnamese Communist.” This article provides more information about the Viet Cong, and the role they played in the war.

The Viet Cong, VC were in an organization officially named the People’s Liberation Army, PLA. They had many similarities to the NVA, both in weapons and organization. The Viet Cong were more poorly equipped, but used some of the same weapons as the NVA, and followed a comparable military organization structure.

A key difference was rank and uniforms. Viet Cong did not have ranks, and were not issued regular uniforms. Instead, they wore clothing typical of Vietnamese farmers and villagers, remaining as inconspicuous as possible. The typical “black pajamas” were commonly worn, but variations of color and style were common. Black or darker-colored clothing was worn by rice farmers, because it did not show dirt as much, and was a common dress style of peasants.

Viet Cong were not issued the “Sun” or “Pith” helmets, but in later years some Viet Cong acquired these. Most pictures of Viet Cong show them without headgear. Their footwear was mostly sandals, often the “Ho Chi Minh” version.

As for weapons, the Viet Cong tended to have the same weapons as the NVA. However, in the early war years, before the Ho Chi Minh trail became well developed, they were more or less cut off from sources in North Vietnam. They made do with what was available on the black market (often financed via opium trade,) or smuggled through the unreliable Ho Chi Minh Trail, or “home made.” 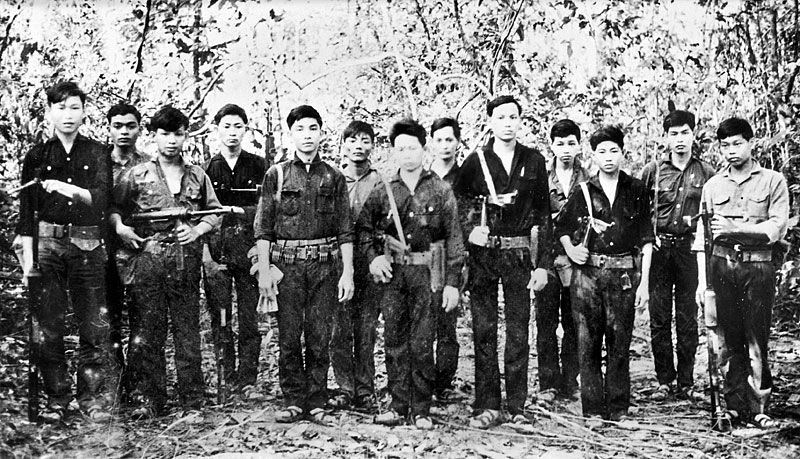 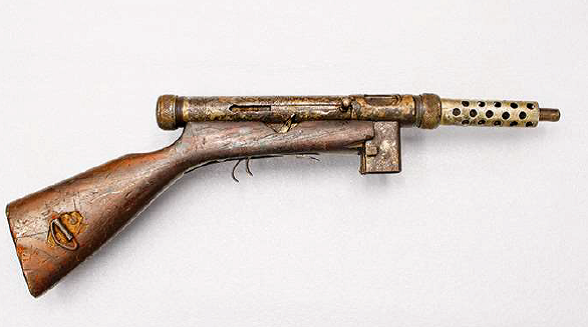 Role and Relation to NVA

The VC generally did not make any largescale attacks against American and ARVN forces. Especially in the early war years, it was mostly a guerilla war. Sabotage, ambushes, or terror attacks were initiated, but VC units did not attempt to hold ground or fight lengthy offensive or defensive engagements.

Base camps were scattered all over remote areas, and along trail networks. They were rest areas for troops coming from the north, or while deploying in South Vietnam. They served  as long-term bivouacs, training sites, and operational staging areas. Camps usually held a company or battalion. They were placed far from roads, canals, and navigable rivers. Nearby streams were necessary for water and washing, and camps were often within 150m of streams. The Viet Cong would defend these from initial attacks, but were willing to abandon them rather than taking high losses.

The camps were very well hidden, far from trails frequented by civilians, who were warned to avoid them. They were protected by lookouts and booby traps. The contained all the essentials, fortified fighting and living quarters, command posts, signal posts, aid stations, kitchens, and storage shelters.

Partially underground bunkers provided protection in fighting posts and sleeping quarters. Some of these were quite rugged, dug about 3 meters underground, and then covered with two layers of logs and about 0.6 m of earth on top. Naturally, they were well camouflaged. 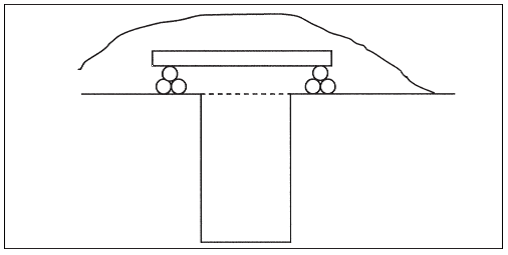 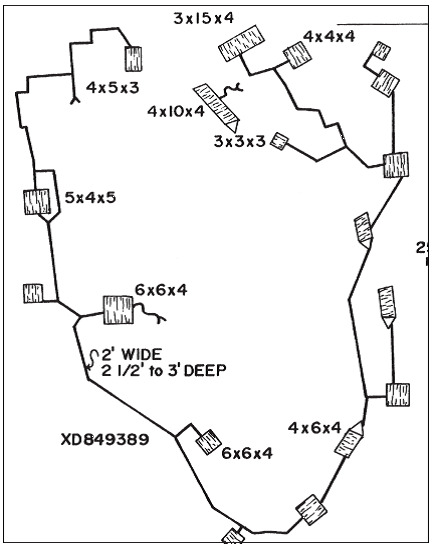 Camps or fortified villages were integrated with one or more hamlets, usually elongated, and having a restricted approach. Bunkers were built into corners of huts, and connected with trenches. At suitable intervals, perpendicular trenches fitted with fighting bunkers were placed along the length of the defended area or flank. At least one exit or escape route rearward was provided, though the position might have a natural “cul de sac.”

Tunnels connect bunkers and earthworks, enabling the defenders to pop up, disappear, then fire again from another spot, a jack-in-the-box maneuver that doubles the effect of their numbers. An unfordable river may run along one flank, while wide open paddy land bounds the other. The apparent lack of escape routes makes the position appear as an ideal target to US or ARVN attackers, with large advantages in air power and artillery. But, until bombardment destroys most of the foliage, any infantry assault into the complex can be disastrous.

Booby traps were placed around perimeters. These could be explosives triggered by a tripwire, or manually detonated by VC observers.

Punji sticks were sharpened bamboo branches dipped in feces to infect the wound. Punji traps were dug about a meter below the ground, and then dozens of Punji sticks placed at the bottom, sticking straight up. The surface was covered in light foliage. When a GI stepped on it, he would fall into the hole and be wounded by the Punji sticks. (Yes, they could pierce the soles of early jungle boots, but later versions had sole spike protection plates.) If he did not get medical attention soon, these cuts would get infected. This was a common VC defensive technique.

Viet Cong were persistent scavengers. Wherever US troops left an area, VC soldiers combed it for any trash left. Dud grenades or unexploded artillery shells left behind were a gift to the Viet Cong. Discarded C- ration tins were transformed into  booby traps. The VC were good at such trickeries, and most often returned to the field in search of free items. 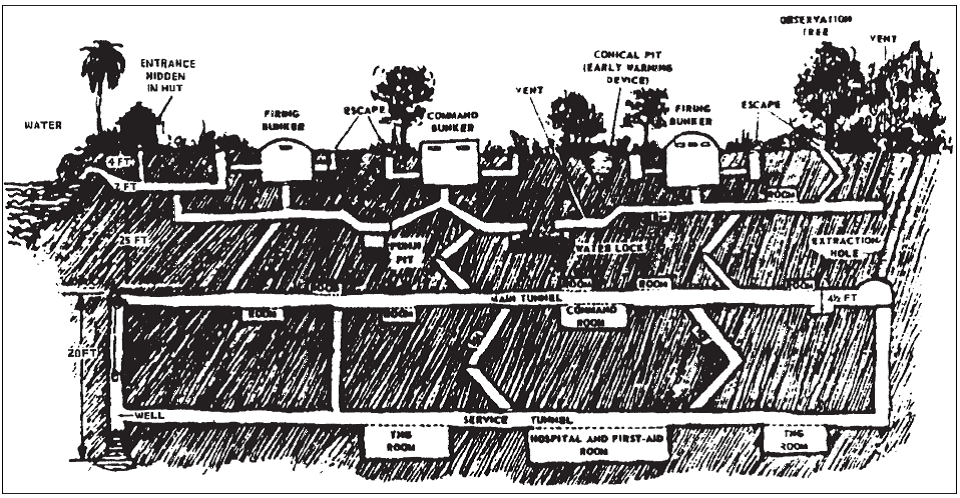 Tunnels were dug by hand in “Old Alluvium” terraces, and only a short distance at a time. This type of soil had hardening properties that were useful in protecting Viet Cong. And, much of Vietnam had “Old Alluvium” soil. It included two types known to geologists as “Ultisols” and “Oxisols.”

The nature and properties of the Old Alluvium soils were key for tunnel resilience. Old Alluvium terraces had high levels of clay and iron, which are a cement-like binding agent. When dried, the soil layers have properties approaching concrete. They resist softening, especially around aerated tunnel walls.

Tunnels were dug in the monsoon season when the upper layers of dirt were soft and moist. The soils were highly stable without any lining or support. After drying out, soil surrounding the tunnel turned into concrete-like material that could withstand explosive blasts. The Iron Triangle and Cu Chi areas were noted for tunnels in Old Alluvium terraces. 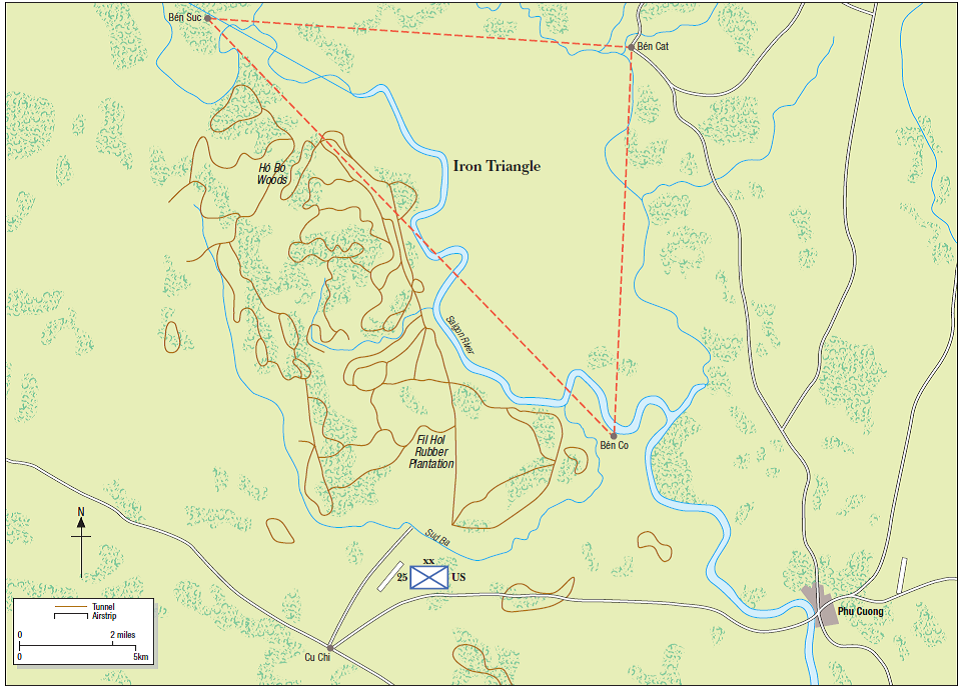 The Viet Cong were very resourceful, and offered the NVA many advantages at the local levels. They were not lavishly equipped, and improvised most of their weapons and fortifications. Political indoctrination was effective in motivating them to great efforts.

“Viet Cong and NVA Tunnels and Fortifications of the Vietnam War,” Gordon Rottmann

“Why Were the Soil Tunnels of Cu Chi and Iron Triangle in Vietnam So Resilient?” Kenneth R. Olson, Lois Wright Morton 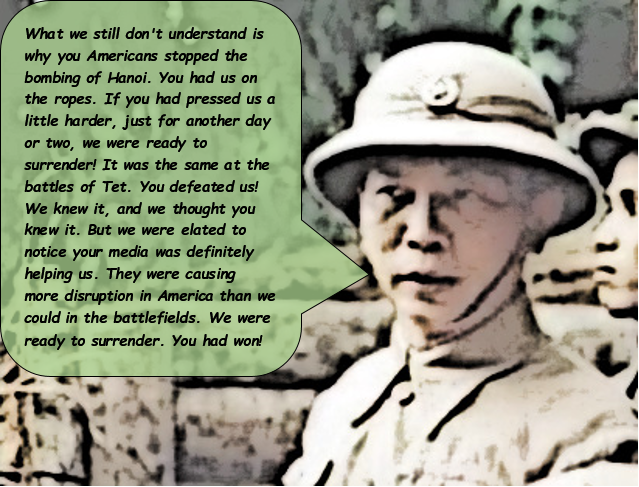