Were you aware of the full extent of political indoctrination that NVA and Viet Cong soldiers endured? Remember that NVA soldiers carried the “Little Red Book,” of Mao Tse-Tung. This article discusses the political component of the North Vietnamese military and how it affected the commands.

The political leadership in North Vietnam was anchored in Ho Chi Minh, and his philosophy. American journalist David Halberstam described Ho as “part Gandhi, part Lenin, all Vietnamese.” Obviously Uncle Ho was very committed to Vietnam. He wanted independence for his country, and reunification of the south and north. Communism, as conceived by Marx and Lenin, was the ideology used to achieve revolutionary goals. Ho the “Enlightened One” spent many years of his youth in France and the Soviet Union, where he studied the writings of Marx and Lenin. However, a softer “populist” appeal was needed to gain support from the common peasants and countrymen. He borrowed ideas from Mahatma Gandhi, particularly the non-violent protest, as a way of advancing these objectives. “Uncle Ho’s” friendly, peaceful persona reflected this influence.

The “softer” appeal was only a facade, to conceal the dark side of Communism, and its primacy-of-state emphasis. The individual, private property, and the marketplace are secondary, even expendable. Communism intends to control all actions, speech, behavior, and thought. Individual rights of beliefs, free speech, property ownership, and privacy are denied. (Civilian and military) For the military, this control is enforced by a vast network and party structure, from the political commissars down to every three-man cell.

At Communism’s very crux, the end justifies the means. Vietnamese Communists tried to “mask” the ugly face of this ideology using front organizations, propaganda, and proclamations, such as the “Viet Cong Discipline Code,” or the “Viet Cong Oath of Honor.” But ultimately, no lie is false enough, neither is any sabotage horrendous enough, nor any murder heinous enough to warrant  condemnation, if it serves the Communist agenda.

The basic political unit was the three-man cell. In each military unit, at the platoon level, these cells were organized. Cell membership did not apply to military assignments or combat orders, but were for the purpose of political indoctrination and control. With three to a cell, there is a psychological dynamic at work. If a member decided to disagree with a doctrinal idea, the other two could have persuaded him to get back “in line.”  If two members disagreed with the party, the third member could report them. It would be even more difficult for all three members to go “rogue.” Thus, the fear of being reported helps keep everyone in line. Every man was watched by two others.

The cell structure extended to higher levels with the “rule of three.” Thus the basic structure was three men to a cell, three cells to  squad, three squads to a platoon, three platoons to a company, and so forth. Compartmentalization and plausible deniability were accomplished this way, as one cell did not usually know what others were doing. This was especially important for the Viet Cong, where they faced counterinsurgency initiatives of the Phoenix Program. If captured, they had less information that could be divulged to interrogators.

A dual command system was in place down to the company level. Political advisors or commissars were assigned down to the company level to supervise the cell structure, and participate in decision making. At higher levels, such as divisions and fronts, a party committee might be designated to influence the operation. Ultimately, the top party committee was known as the “Workers Party of Vietnam.” (Dang lao dong Viet Nam.) It was authorized at the 2nd Congress in Tuyen Quang in 1951. In 1960, The Third National Congress, formalized the tasks of constructing socialism, and committed the party to liberation in the south.

As an example, the  battalion commander might be preparing for a battle. He must have a thorough knowledge of party organization. Militarily, he must get intelligence on the situation, population, and know the status of his unit’s equipment, food supplies, arms, and ammunition. And then, he must devise a battle plan. But, at this point, the battalion commissar would become involved to consider the objectives. He would examine difficulties, and propose counter measures. After the plan is agreed to by the commander and commissar, it would be communicated to the staff, who would discuss it, and present their own ideas. Then, this revised plan information would be passed to the companies and platoons. The commissars at each level attend the meetings, and present additional comments and suggestions. After the battle, commissars would set up critique meetings. Self criticism was an important part of the political process.

The means of influencing and motivating the soldiers, (as well as civilian population,) came from propaganda. These are half-truths, designed to influence soldier’s thinking, and to motivate them for greater sacrifices. Most propaganda is aimed at demonizing the enemy, and to a lesser extent promoting party virtues.

Some discussion topics commissars had with their troops included the following:

Objectives and tasks of the revolution.

The land of Vietnam is beautiful and rich, the population is industrious, why do people suffer?

Who is the enemy of the Vietnamese people?

Who is bombing our homeland, and killing our people?

The tasks and nature of the Liberation Army.

Colonialism and imperialism were constant propaganda targets. But, the commissars also put fear in the NVA and VC soldiers by telling them about the misdeeds of American soldiers. Commissars said that their soldiers would be tortured and murdered by Americans, who were even cannibals. However, they were also told the American people opposed the war and supported the communist revolution. 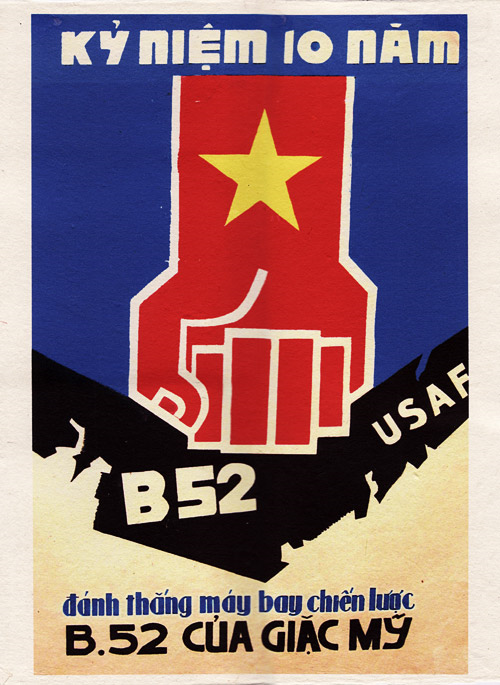 Not matter what their background, soldiers were subject to relentless indoctrination, playing on every human emotion, and constantly applied. Soldier memorized basic codes of conduct (ten-point oath of honor and twelve-point code of discipline,) which put him in the position of a hero, a patriot, a friend, and protector of the people. They were never allowed to forget this role. Perhaps the most effective reminder is his unit’s daily indoctrination, and self criticism session.

Some of the code statements are designed to soften harsher tenets of Communism, as the public “face” of the party.

“History of the Communist Party in Vietnam,” Wikipedia 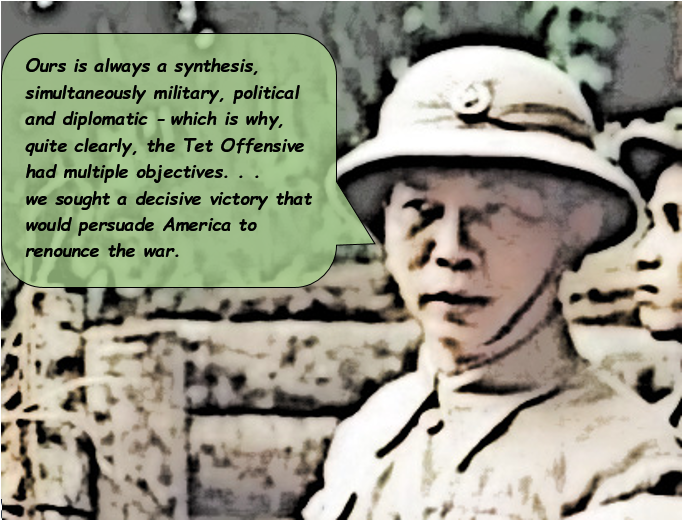