In the “quiet” year of 1971, would you believe that the largest airborne operation of the war involved an ARVN invasion into Laos? This article describes some of the major events of 1971, both military and political. It was a strange time, with many surprises and contradictions.

The program to expand, equip, and train the South Vietnamese Army was known as the “Vietnamization Program.” The goal was to make South Vietnam militarily self sufficient against North Vietnam so that the US forces could withdraw.

There were two key political developments. The US Congress adopted the revised Cooper-Church Amendment in January, which prohibited the introduction of US ground troops or advisers into Cambodia, and declared that US aid to Cambodia should not be considered a commitment to the defense of Cambodia. This was the Congressional response to Nixon’s Cambodian Incursion the previous year.

The other development was the Mansfield Amendment, authored by Senator Mike Mansfield, and adopted by Congress in June. The amendment urged withdrawing American troops from South Vietnam at “the earliest practical date.” This was the first time in US history that Congress had called for the end of a war.

The Secretary of State, Henry Kissinger announced in July that the US was prepared to provide $7.5 billion in aid to Vietnam, of which $2.5 billion could go to North Vietnam, and to withdraw all American forces within nine months.

The last major ground operation for American forces was Operation “Jefferson Glenn.” Three battalions of the 101st Airborne patrolled the area west of Hue, called the “rocket belt,” to prevent communist rocket attacks. Americans were gradually replaced by ARVN soldiers. The operation claimed to have inflicted 2026 casualties on the NVA/VC.

In October, President Nixon announced that “American troops are now in a defensive position. The offensive activities of search and destroy are now being undertaken by the South Vietnamese.”

The largest 1971 operation was Lam Son 719. It was a joint US-ARVN thrust into Laos to destroy supply depots on the Ho Chi Minh trail. The Americans provided a blocking force and air support, while only ARVN troops entered Laos. This battle is described in detail in the CS Legion article UHH#11 Truong Son Ground Combat.

However, Operation Lam Son 719 had the largest airborne assault of the Vietnam War utilizing 120 Huey helicopters to transport two battalions to capture Tchepone. This transportation center was captured without major resistance, because the NVA abandoned it.

After its capture, many stocks of supplies were destroyed. But, President Thieu of South Vietnam ordered the withdrawal of ARVN troops from Laos. He ignored the recommendation of MACV Commander General Creighton Abrams that ARVN reinforce and hold its position. The withdrawal became a disaster with heavy ARVN casualties. 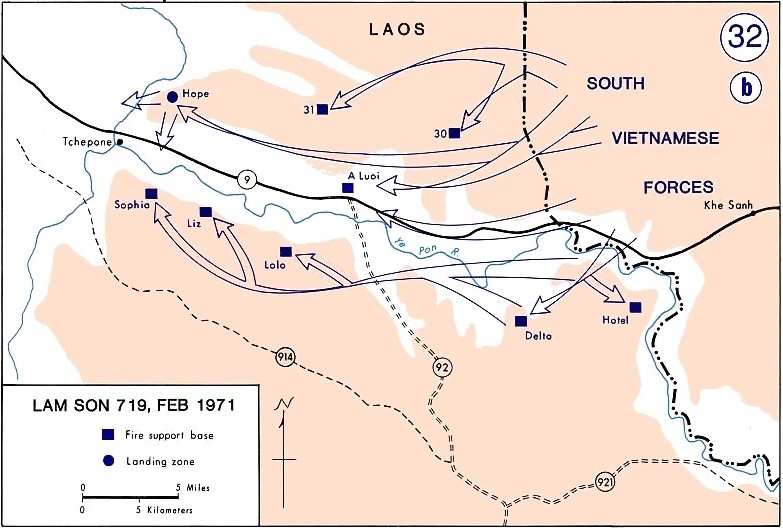 War Protests in US

Vietnam veterans threw away over 700 medals on the west steps of the United States Capitol building in Washington to protest the Vietnam War. The next day, antiwar organizers claimed that 500000 marched, making this the largest demonstration since November 1969. Police arrested more than 1200 protesters during the 1971 May Day rallies.

The courts-martial of Lt. William Calley was a significant event. It was the result of the My Lai massacre in 1968.

This was a high profile massacre in the news media. It involved the killing of Vietnamese villagers by American soldiers at My Lai. In March 1968, soldiers from ‘Charlie’ Company, deployed in the coastal province of Quang Ngai, were sent into areas believed to house Viet Cong soldiers and sympathisers. This company was in 1st Battalion, 20th Infantry Regiment, 23rd (Americal) Infantry Division.

Operating under stress,with questionable intelligence, and unclear orders, US soldiers entered the small hamlet of My Lai, and began firing indiscriminately on people and buildings. When they left at dusk, hundreds of Vietnamese peasants lay dead, the vast majority were women, children, and aged.

The incident was concealed for several months, until revealed by concerned American soldiers, and later, journalist Seymour Hersh. The My Lai massacre, as it became known, caused horror and outrage in the United States and around the world. It raised questions about the methods being used in Vietnam and whether American soldiers were doing more harm than good.

Calley was the only soldier convicted for his role in the massacre. In March 1971, he was convicted of murder, and sentenced to life imprisonment and hard labor at Fort Leavenworth. President Nixon ordered Calley, to be transferred from Leavenworth to house arrest. The life sentence was reduced to 20 years, but Calley served only three and one-half years before being paroled.

President Nixon ordered the initiation of Operation Proud Deep Alpha, an intensive five-day bombing campaign against military targets in North Vietnam just north of the border above the 17th parallel. This was likely meant to provide leverage in the peace negotiations. 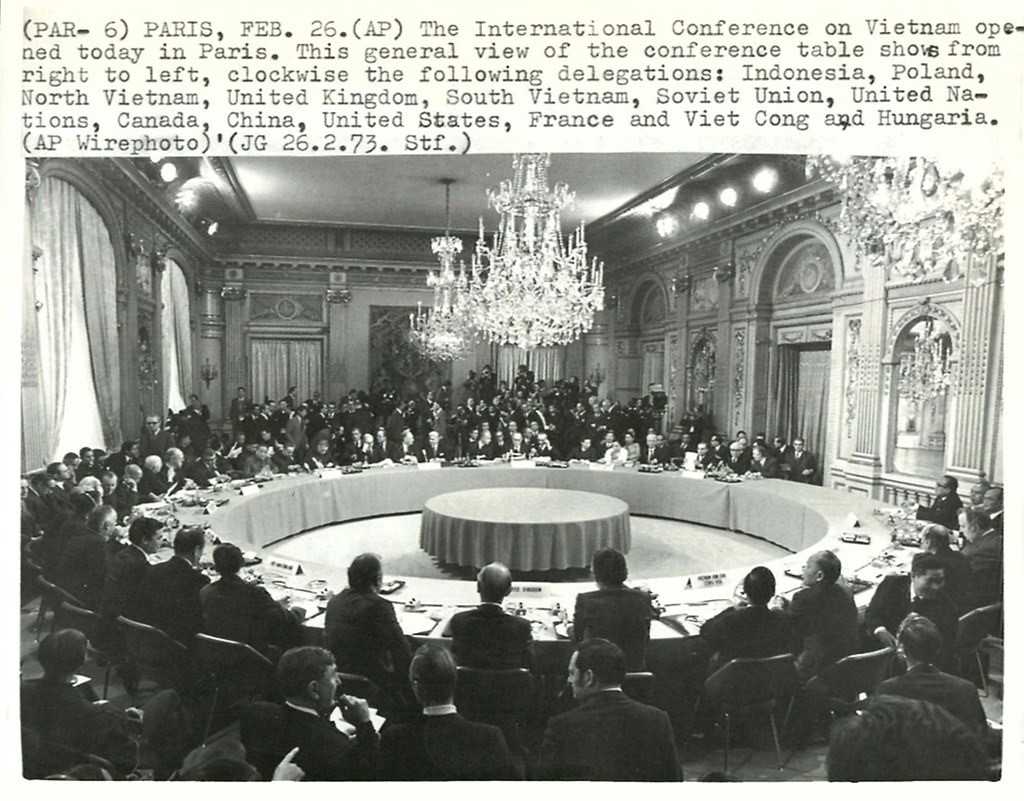 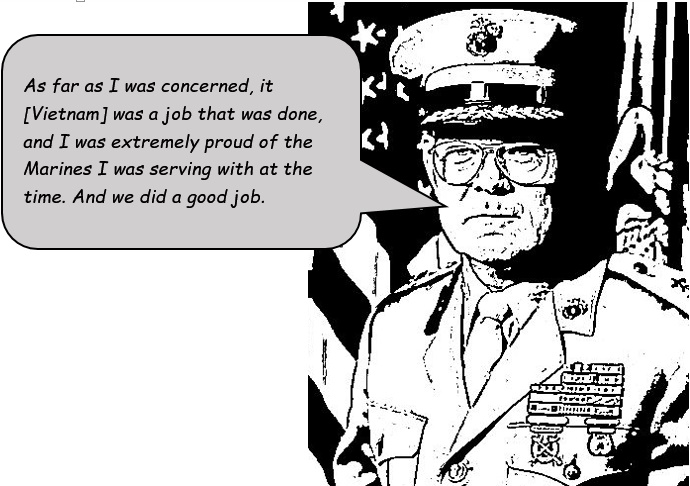