Were you aware that French Forces returning to Indochina were not prepared to fight a guerrilla war? Indeed, the Corps Expéditionnaire Français en Extrême-Orient, (CEFEO) was designed to fight conventional Japanese forces in Indochina, or possibly to help the US in an invasion of Japan. This article describes the CEFEO, and how they adapted to the guerrilla struggle, and later how they reversed  course to deal with conventional Viet Minh divisions.

During WWII, General Gilbert Sabattier commanded the Indochina French Forces, (Forces Françaises d’Indochine,) from a headquarters in Saigon. (Under Vichy Government supervision.) The corps-sized force had territorial divisions in Cochinchina, Annam, and Tonkin. With a total of fifty infantry battalions, the troops included  Foreign Legion, Colonial Infantry, and Tonkinese. There were few European (Metropolitan) personnel, and only a few Tonkin battalions were trained to French Army standards. Their missions were riot control, defense against China, bandits, and Thailand.

The Japanese also had a corps in Indochina, used to maintain a base of operations. They co-existed with the French forces, but in March 1945, the Japanese did not have much trouble disarming the French. Generals Gabriel Sabattier and Marcel Alessandri led 5000 troops 1300 km, from Tong Sontay to the China border.

General Leclerc marched into Saigon on October 5, 1945, with the Light Intervention Corps, later renamed the 5th Colonial Infantry Regiment. This was the advance guard of the CEFEO. These units were raised in North Africa, and then staged in India, before Indochina deployment. It consisted of two parachute companies, two light commandos, and a Special Air Service Battalion.

The CEFEO that followed was a conventional force consisting of the 3d and 9th Colonial Infantry Divisions with mostly European soldiers, the 2d Armored Division, the Far East Brigade composed of colonial troops in Madagascar, and the Far East Marine Brigade.

They were a mixed collection of units, organized with British and American influence. Indeed,  African Free French forces had been equipped and organized along the lines of US Army tables of organization. The CEFEO deployed as fast as limited transport allowed, but found itself immediately engaged, while gradually growing in size. It absorbed naval landing parties, released prisoners from French garrisons, and added newly deployed units. It almost immediately standardized into formal French structures.

From an original force of twenty-six battalions, the infantry grew to fifty by the end of 1946. Initially, the CEFEO faced lightly-armed Viet Minh. Since the French had ample artillery, naval gunfire, airstrikes, and armor when needed, infantry battalions relied less on organic heavy weapons. Later, they officially reorganized by eliminating the battalion heavy weapons company, and replaced it with a fourth rifle company. The company weapons platoons were reduced in strength. Thus, these battalions trended toward light infantry.

The motorized and mechanized forces were inappropriate for much of the jungle terrain, and were used sparingly in delta regions close to major cities. The remaining motorized and mechanized units were dispersed for patrolling along lines of communication. However, mobile forces were critical for reestablishment of French rule over the large cities. This was accomplished with flying columns of infantry supported by motorized, foot, airborne, or riverine mobility.

The “Far East” Pattern Infantry battalion became the most common. They were orgainized  as follows:

4 Rifle Companies, each with CHQ, Support Platoon, and 3 Rifle Platoons (3 Squads, each.)

The HQ&S Company was allocated four 81mm mortars, and later four 57mm recoilless rifles. Rifle companies were often re-organised into four platoons in early-war operations. However, this reduced combat strength, and was a later-war weakness.

The company support platoons had a machine-gun squad and a 60mm mortar squad on paper, but this was often reduced to a single MG and 60mm mortar with large stocks of ammunition. (Due to personnel shortages.)

A partial list of light infantry battalions, with abbreviations, follows:

“Bataillon de Marche” is like a task force. It is a battalion made up of companies from different units. These were generally temporary.

“Tirailleurs” was a French Army designation for infantry recruited in colonial territories.

Under the CEFEO, subordinate administrative commands directed operations, logistics, and training. The colonial organization continued with headquarters in Cochinchina, Annam and Tonkin, but with different titles. For example, the Tonkin command became Forces Terrestres du Nord Vietnam. (FTNV) This would represent a territorial command. These in turn were subdivided into Zones, and these divided into Sectors and Subsectors. The Subsector corresponded to battalion sized organizations.

In addition, there were administrative commands based on the function of the force. For example the Forces Maritimes en Extrême-Orient (FMEO) directed all naval, riverine, and amphibious forces. The Administrative Commands table lists some of the more important commands, and key commanders.

When General Leclerc arrived with the Light Intervention Corps, a company of Naval Infantry under LV Merlet, was the precursor to the “Brigade Marine d’Extrême-Orient” (BMEO – Far Eastern Naval Brigade) under CV Kilian. This force landed at Saigon and quickly re-established French control of the city.

The FMEO covered Naval, amphibious, and rivierine forces. The most significant of these fighting the Viet Minh were the riverine, which were somewhat ad-hoc units that evolved into the “Divisions navales d’assaut” – usually abbreviated to “Dinassaut.” The areas with navigable rivers were in Tonkin, with the Red River and its tributaries and delta, and Cochinchina with the Mekong and its delta as prominent waterways. Against the Viet Minh, Dinassauts were organised riverine units of ex-US landing craft (shallow draft boats, ideal for such waterways.)

These Dinassaut  units developed through Army and Navy efforts for a variety of purposes – transport, supply, escort and combat. They used different types of vessels and organization depending on the mission. The types of boats were landing craft, LCM and LCVP  or Higgins boats, as landing craft mechanized and landing craft personnel. These boats were 23m long and 6.4 m wide. The LCVP had a capacity of 36 troops or 8,100 pounds of cargo; the LCM carried 30 tons for carrying tanks or artillery. In addition, LVTs or landing vehicle tracked were used.

Variants and modifications of the landing craft included the LCM Monitor. These craft had the bow ramp removed, and turrets from Coventry armoured cars were fitted, with a mortar in a central tub. It provided heavy firepower for assault missions. The French also had other amphibious and riverine craft such as LSSL, Landing Ship Support, Large, and the armored barge, to the Vedette, a sort of swift gunboat.

The first Dinassaut was organized in 1947. It had a command and support LCI, and 2 LCMs for transport, 4 LCVPs for patrol, and a patrol boat. This listing of vessels for Dinassaut 1 (from  http://indochine54.free.fr/index.html#top website,) illustrates the riverine fighting unit concept:

Dinassaut 1 – Formed in Tonkin, August 1947. Commanded by CC Landrot, then CC de Brossard from July 1950. Initially based in Haiphong, then moved in August 1949 to Sept Pagodes.

The infantry attachment varied through the existence of Dinassaut 1. “Compagnie Jaubert” was attached during the autumn campaigns of 1947, followed by a company of BM/7e RTM, then a native auxiliary unit with radio call-sign “Matou”, and later “Commando 64.” 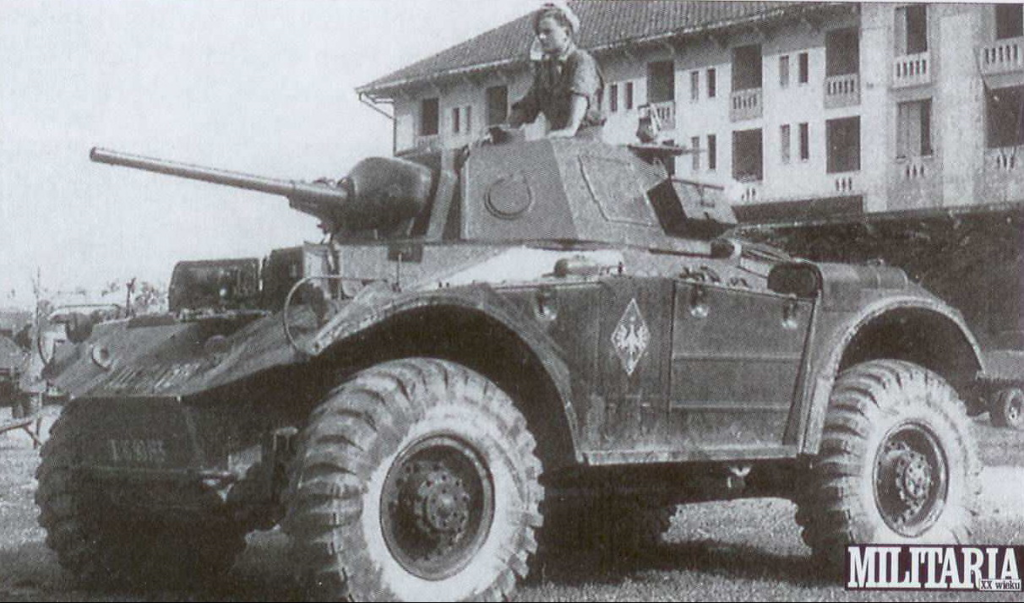 General Lattre de Tassigny changed the structure of the armored forces in 1950 to make them more effective and easier to use in the local environment. The reforms also included new shipments of American weapons, the best of which were the M24 Chaffee light tanks, that replaced the obsolete Stuarts – they had good firepower while keeping the low weight. These were used at Dien Bien Phu in the 3e Escadron de marche du 1er Régiment de Chasseurs à Cheval. (3/1 RCC) This was led by Capitaine Yves Hervouët, and equipped with ten M24 Chaffees.

After the 1949 Communist takeover in China, concerns arose that T-34 and IS tanks would join the Viet Minh forces. At the end of 1950, a new tank regiment was formed – the Far East Armored Colonial Regiment. (Régiment Blindé Colonial d’Extreme-Orient) It was armed with M4 Sherman medium tanks and M36B2 Jackson tank destroyers. Fortunately, this threat never materialized, and so these vehicles were used for infantry support. In 1954, France had 452 tanks and tank destroyers in Indochina, and 1985 other armored vehicles.

French ground forces depended heavily on air support from the FAEO. Fighter squadrons provided close air support. Transport squadrons dropped the paratroops, and brought supplies. Light aircraft served as artillery observers. Bombers attacked the Viet Minh conventional forces in the late war period. These were all fixed-wing, propeller driven aircraft. Many of the aircraft had been designed and employed in WWII.

The FAEO was divided into three Aerial Tactical Groups, GATAC. They were: GATAC Nord in Hanoi, GATAC Sud in Saigon, and GATAC  Centre in Hue. Beyond that, the various wings (Escadre or Groupe) and squadrons (Escadrille) were assiged to airfields in the areas under the GATAC commands. Some of the larger airfields were Ton Son Nhut in Saigon, Tourane in Da Nang, Gia Lam in Hanoi, and Nha Thang, in Annam or central Vietnam.

The fighter planes and fighter-bombers were mostly WWII vintage. Spitfires, Grumman F6F Hellcats , and Curtiss SB2C Dive Bombers are examples. Transport planes were predominantly C-47 Dakotas, but in the late war, C-119 “Flying Boxcars” were deployed. The Douglas B-26B Invader was a heavier bomber. Finally the  Morane- Saulnier MS500 “Cricket” was used as a forward air observer or controller for artillery. 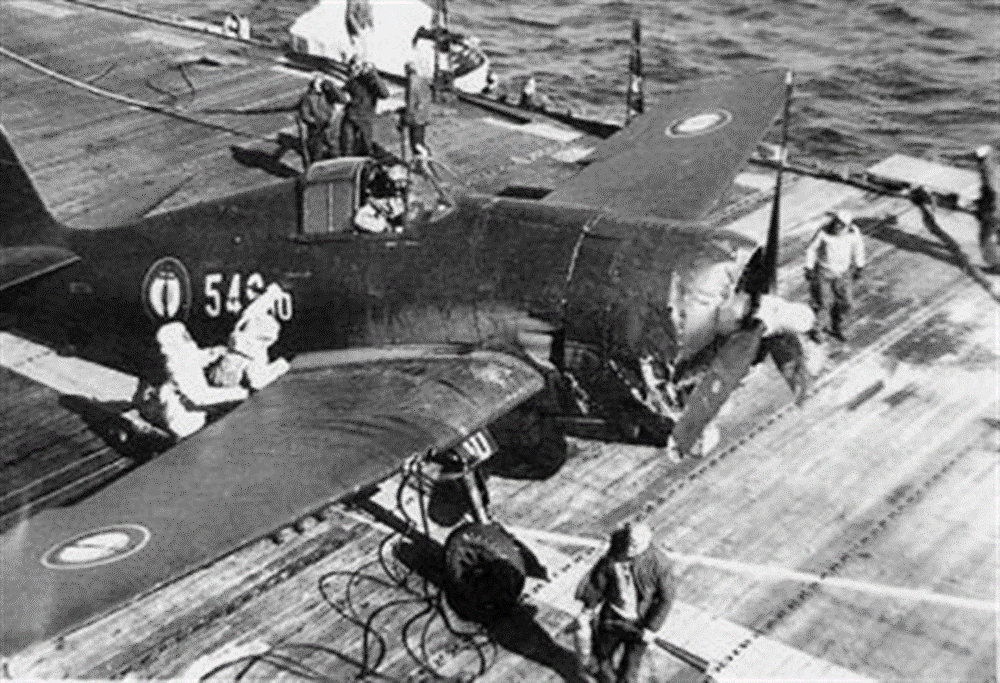 Table FAEO provides a partial listing of some of the squadrons, and airfields or aircraft carriers where they were assigned, and the type of aircraft employed.

The USS Belleau Wood and French Arromanches were aircraft carriers.

Several generals served as commanders of the CEFEO as follows:

The CEFEO was a highly professional organization, with advanced technology, and dedicated staff. They bravely faced many problems, and at times were close to defeating the Viet Minh. They did the best they could with limited resources, and dwindling support from home, in the later years. 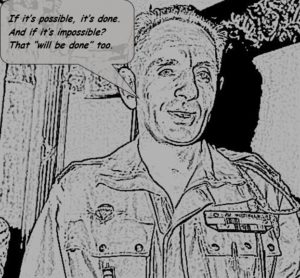