The North Vietnamese fought the Americans and South Vietnamese in order take over the South,  and form a united Communist Vietnam. This series of articles describes their armed forces, and provides background for the coming Campaign Series Vietnam game simulation.

The nation of North Vietnam’s armed forces were known as “The Peoples Army of Vietnam” or PAVN. This is the accepted name for the North Vietnamese Army that fought against the Americans and South Vietnamese from about 1958 to 1975. Otherwise, it was often referred to as the “NVA.” Both PAVN and NVA are used interchangeably. Many prefer to say “NVA” in speaking, because it is easier and less awkward to say than “PAVN.”

There were actually two North Vietnamese armies: The “homeland army” defended North Vietnam with conventional forces, mainly armor, artillery, air defenses, a small air force, and a small navy.  There was also a “liberation army” that conducted offensive operations in South Vietnam. It was much larger, and mostly consisted of infantry and artillery units.

The NVA liberation army supported the People’s Liberation Army, PLA of the National Liberation Front or NLF in South Vietnam, which was fighting a revolution there. The Vietnamese name for the PLA was Quan Doi Giai Phong, otherwise known as the Viet Cong. (VC)

The overall approach to the war was much different from the Communists used in Korea. Ho Chi Minh and General Vo Nguyen Giap were aware of Chinese and North Korean casualties of over a million troops. They were not willing, and the NVA was not able, to accept such losses in a conventional fight.

Instead, the North Vietnamese were willing to take their time, and fight a lengthy war lasting many years. The more lightly armed NVA was not able to conduct a traditional war, given South Vietnam’s rugged terrain and harsh climate, against massive American  firepower, superior mobility, lavish logistics, and highly mobile strike forces.

The strategy was to develop local population support through political propaganda, and use guerilla war to “wear down” the enemy. General Giap’s familiar words, “Strike only when success is certain,” would be the guiding principle.

Relationship Between NVA and VC

The NVA had a complex support relationship with the VC. While the NVA “supported” the VC war of liberation, there was little doubt that the VC were secondary to the NVA. The NVA relied on the VC to provide local intelligence on terrain, the civilian population, local government security units, enemy movements, trails, water points, and other information. The VC also provided guides for NVA units passing through their area, prepared base camps, and led NVA reconnaissance teams. The VC provided food and basic supplies. They also arranged porters and laborers from the local population.

North Vietnam began sending advisors to the VC in South Vietnam in 1958. The next year, it declared that the “political struggle” was changed to an “armed struggle,” and regular NVA troops went south. As the war escalated, more units were sent south, and it was not long before entire divisions and support troops were deployed. As early as 1964, NVA troops were being assigned to VC units to make up losses and provide a better training.

During the 1968 Tet Offensive, the VC were decimated. Many VC units remained drastically understrength, or dwindled away as popular support was lost. Often, they were no longer able to recruit meaningful numbers. Selected units received NVA fillers, up to 90 percent strength, while retaining the “VC” designation.

American soldiers had many nicknames for the VC: “Victor Charlie,” “Charlie,” or “the Cong.” The NVA, in contrast, were simply the “NVA,” or sometimes “NVA regulars.” The Americans also used derogatory nicknames such as “gook” or “slope-head.”

Vietnam was divided into areas that coincided with the old French Union designations: Tonkin, or North (Buc Bo) with regions 1–3, Annan or Central (Trung Bo) 4–6 and Cochin China or South (Nam Bo) with regions 7–9. The military regions (quan khu,) 5–9 were in South Vietnam or the Republic of Vietnam.

A more detailed description of Regions 5-9 is helpful for interpreting narrative and order of battle information for the main combat areas. These are described in relation to the South Vietnam Army ARVN Corps Tactical Zones CTZ: (See map below)

Military Region 5 covered the northern half of South Vietnam (the ARVN I CTZ and II CTZ south to Dar Lac and Khanh Hoa provinces).

Detailed information on units, fronts, and their locations is at this website: 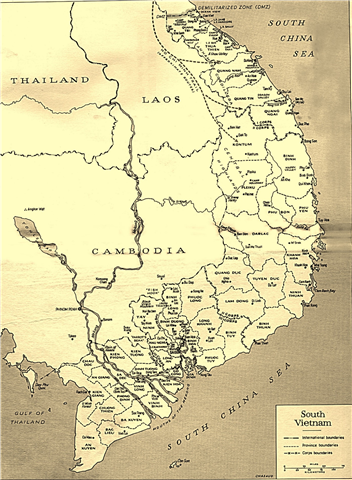 Large operational formations controlled forces committed to specific campaigns. These were usually designated “fronts,” which roughly equated to corps, but their structure could consist of any number and type of units tailored for the mission. Dual military and political command structures existed. For example, during the Khe Sanh siege, both the Military Command and Party Committees controlled the operation. Such dual commands were usually be co-located,  and seldom located inside South Vietnam. Names of some well known fronts were the Tay Nguyen, or B-3 Front. The lowlands from Da Nang to Nha Trang was the B-1 Front or B-1 Theater.

In Laos, numbered or lettered Campaigns were designated. “Campaign Z” was  the offensive against the Plain of Jars in 1972. Campaign 139 was another Laos operation.

Divisions were the principal operating units, but there were many independent regiments. Divisions and their organic units might have the letters “B,” “C,” or “D” appended to unit designations indicating “cloned” divisions formed from the original unlettered division. This is very confusing, especially since even North Vietnamese documents sometimes omit the letters. 325C Division, for example, is the second division, bearing the same number, raised by its parent 325 Division. The component regiments and other units would bear the same letter indicator. Wartime intelligence often omitted the letter from component regiments.

The original six Viet Minh Divisions from the First Indochina War were 304, 308, 312, 316, 320, and 325. These were known as the “Steel and Iron” Divisions. Typically, Divisions had nicknames. Sometimes they referred to where most of the troops came from. Division 316 was called “Bien Hoa” which meant “highlands,” since nearly half the original recruits were Thô highlanders.

Units also had cover designations, which changed frequently. Many of these would provide no indication of the unit’s identity or type. One NVA regiment carried the deceptive designation of “Garden Plot 9.”

The NVA developed a curious unit notation like d4/e272. This refers to the 4th Battalion, 272th Regiment.  The following letters refer to unit sizes: a = squad, b = platoon, c = company, d = battalion, e = regiment, and f = division. If a lower unit is to be identified, the listing is from lower to higher units, left to right. Therefore, c11/d3/e9/f304 would be the 11th company, 3rd Battalion, 9th Regiment, of the 304th Infantry Division.

Variants of this notation include capital letters instead of lower case. And, sometimes the slashes are eliminated, and only spaces separate them. So C11 D3 E9 F304 would be a variation in the notation. Sometimes additional letters, usually capitalized, are included which indicate the unit type. For infantry, BB (Bo Binh,) and artillery, PB (Phao Binh) are sometimes used. For example, dBB8/f304 means 8th Infantry battalion of the 304th Division.

The NVA “Main Force,” with formations in both the North and South, comprised the main operating forces for both the defense of North Vietnam – the “homeland army” – and the liberation of the South. The Main Force (chu-luc) was also referred to as the Permanent Force, Regular Force, or Full-time Military Force. These terms, like many other NVA organizational terms, differ mainly according to translation.

Similarly, the VC troops organized into battalions and regiments were called “VC Main Force.” The “Local Force” paramilitary units were  regional units (dia-phong quan,) and local militia (du-kich.) These were under-equipped, and moderately trained part-time units, mostly companies based around villages and city precincts. The Local Force units were not mobile, and usually did not leave their areas. Local Force battalions existed in smaller numbers, but were understrength, and under equipped relative to the Main Force ones.

Vietnamese military terms do not have exact standard translations. For example, the term “doan” means “group.” Likewise, “don” means “unit,” but these terms could identify any echelon of unit by adding a prefix, and might be used interchangeably. For example “tieu doan” usually is equivalent to a battalion, and  “trung doan” is a regiment.

The graphic below is from Campaign Series Vietnam org editor, showing a typical infantry regiment organization.

Regardless of organization tables, manning and armament of NVA units varied considerably due to lengthy campaigning, weapons availability, and manpower. Configurations varied for specific operations. The term “organization tables” is used loosely. Organizational documents provided only vague guidelines, and commanders had a great deal of latitude in the organization of their unit.

This article explains the overall organizational approach and terminology used by the North Vietnamese Army. The general concepts explained here will be useful in understanding subsequent articles about infantry, artillery, armor, Viet Cong, and political indoctrination. 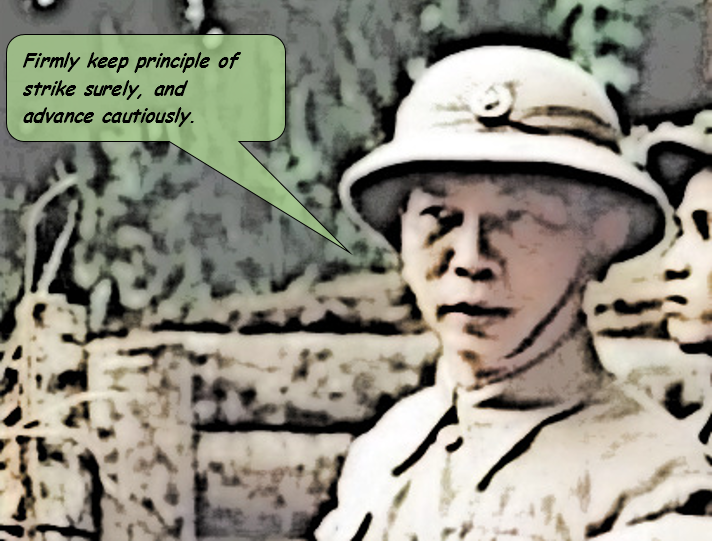