This short article covers the results of the 1968 Tet Offensive from the North Vietnamese perspective.

The Tet Offensive resulted in very high losses for the NVA/VC. The estimated overall losses were 40000 to 50000 killed. Large numbers of irreplaceable local Viet Cong cadres were lost. This is out of a force in South Vietnam of about 323000. So NVA/VC losses were about 14%.

American losses were about 4000 killed and wounded. ARVN lost between 4000 and 8000 soldiers. These forces defended all of their cities and major bases and recaptured important cities and bases, like Khe Sanh and Hue. The Communist attacks only briefly penetrated the American Embassy grounds, and the Tan Son Nhut Airbase.

The aftermath of Tet was bleak for the Communists. According to one of Giap’s aides, their casualties during the drive had been ”devastating.” American bombing of the South Vietnamese countryside further crippled their forces as their peasant supporters fled to urban refugee camps. They were also ravaged by the CIA Phoenix program, which destroyed many rural sanctuaries.

By conventional measures, this was defeat for the Communists. And, the high losses weakened their ability to pursue future offensives.

In the months following the Tet Offensive, the NVA had to go mainly back to a defensive guerrilla war mode. One of the outcomes of the US bombing halt was that more airstrikes were available for Commando Hunt bombing operations on the Ho Chi Minh trail. The increased number of sorties caused much higher NVA truck losses. From January to April of 1969, 6000 trucks were damaged or destroyed. Out of 45119 tons of supplies brought into Laos from North Vietnam, only 8537 tons reached South Vietnam. The North Vietnamese admitted that by the end of 1968, their “offensive posture began to weaken,” and their forces in the South suffered from attrition.

Although another Tet offensive was conducted in 1969, the attacks were only on Long Binh near Saigon, and some attacks around Da Nang. These were quickly repulsed, and were complete failures. This could be partly due to the high losses from the previous year.

VC losses in Tet 1968 were replaced with North Vietnamese. This appealed to some of the military leaders, thinking that the forces would have greater loyalty. However, with fewer VC, the local support was not as good. The VC knew the terrain and people of the south better than imported North Vietnamese troops.

One of the intentions of the 1968 Tet Offensive was to create a general uprising and revolt. But, this did not happen. It was particularly noticeable in Saigon in the Cholon district. This was despite the fact that the Americans and South Vietnamese did not expect attacks in the cities.

The massacre incident in Hue, regardless of the controversy, did not help engender positive feelings of the local residents to the NVA.

The bombing halt, ordered by President Johnson in March 1968 was a significant relief to the North Vietnamese. General Giap even said: “What we still don’t understand is why you Americans stopped the bombing of Hanoi. You had us on the ropes. If you had pressed us a little harder, just for another day or two, we were ready to surrender!”

The North Vietnamese had hoped for negotiations, and one of the objectives of the Tet Offensive were to get these started. Indeed Deputy Prime Minister Nguyen Duy Trinh said that the Politburo has set two main goals for negotiations: “The first goal is to stop America from bombing, and the second goal is to force the United States to withdraw its troops from the South.” At least the goal of having negotiations was met, as well as the bombing halt.

The spy Pham Xuan An was the one who convinced the North Vietnamese that American sentiment had changed as a result of Tet. After the battles in Saigon, Tu Cang and An drove around the city, counting the dead bodies of Vietcong. Tu Cang was shocked and depressed by what he saw. “After the first stage of the general offensive, I sent back a report from the city to senior leaders, saying that the situation was rather unfavorable.”

However during their tour, as Tu Cang and Pham Xuan An traveled around Saigon and discussed the events with journalists, they reached a different conclusion. “I changed my opinion,” Tu Cang said. “A US colonel told us that the offensive had dealt a heavy blow to their army, and American officials told us that the antiwar movement was on the rise in the United States and American prestige had gone downhill.”

Recall in the 1967 planning stage, the disagreement between General Giap and Secretary Le Duan. This can be compared to the I Ching Hexagram 49. Ko – Revolution (Molting) Although both of these men were raised in a Confucian tradition, and probably very aware of the I Ching, in no way would these Communists publicly acknowledge it. The hexagram deals with political revolution.

The poem of “Nine in the third place” is as follows:

When talk of revolution has gone the rounds three times,

One may commit himself,

and men will believe him.

The interpretation identifies two mistakes to be avoided: One lies in haste and ruthlessness, which bring disaster. The other lies in excessive hesitation and conservatism, which is also dangerous.

General Giap was mainly concerned with haste, Le Duan with hesitation. But, with the Tet offensive, they both were right. For the heavy casualties which the  NVA suffered were something Giap wanted to avoid. But, the political success, in getting the Americans to the negotiating table, and halting the bombing would not have been likely if the NVA fought conservatively. Le Duan’s position and intiative made this possible. 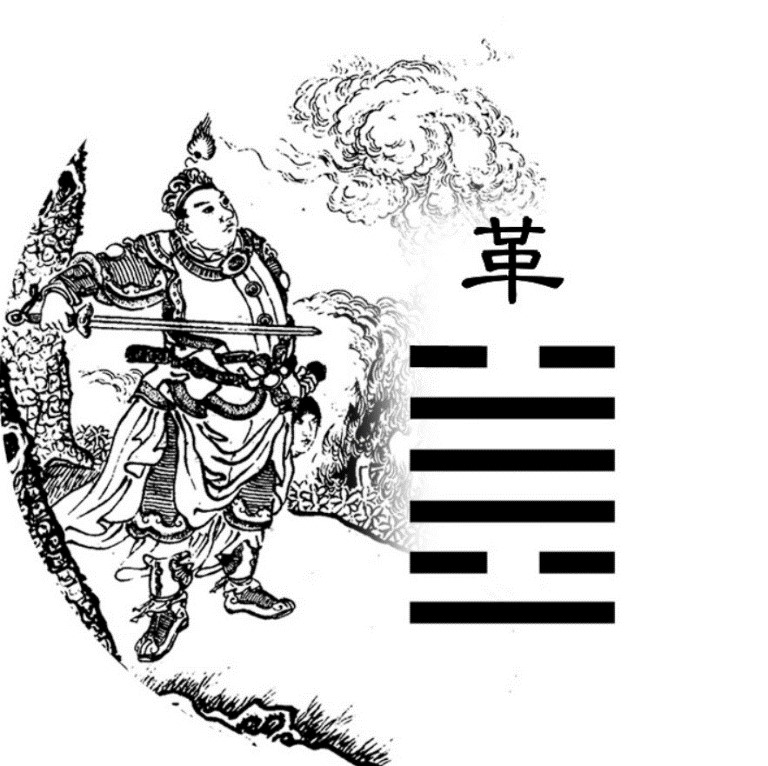 “The Journalist-Viet Cong Spy Who Changed the Course of the Vietnam War,” Thomas A. Bass 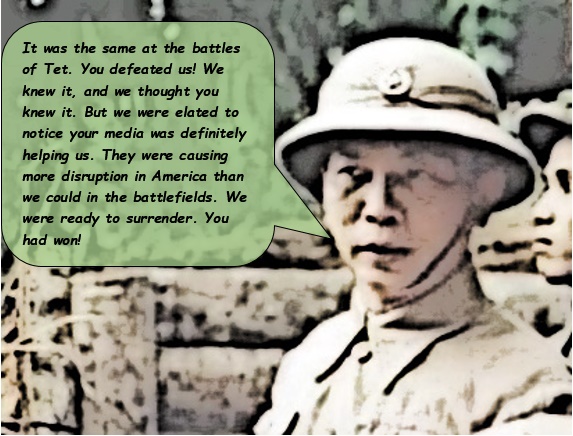