Sometimes national moods and events are not influenced so much by truth, but rather by perceptions. At least this seems to be the case in the American reaction to the 1968 Tet Offensive.

This article discusses these reactions and some underlying reasons.

Tet Offensive Outcomes for US and South Vietnam

For the US, there were three significant Tet Offensive outcomes, the bombing halt, Paris negotiations, and Johnson not running for re-election. The remainder of the article discusses these.

While the North Vietnamese and Viet Cong suffered very high losses, and could not generate the “general uprising” they sought, they gained some objectives by the  American political reaction. The American people saw that the war would not soon be won, and continuing it would be costly. Indeed, 1968 became the deadliest year of the war for US forces with 16592 soldiers killed. (Tet Offensive losses were only part of this at 4000 killed and wounded.)

The Tet Offensive shocked the very “soul” and “psyche” of the American people. How did this happen? Well, let’s review the news media coverage to find out.

The coverage of the US Embassy attacks was somewhat inaccurate and did not provide the correct context for what actually happened. As pointed out in the previous article, CGCN#9 Spearhead into Saigon, the Associated Press issued a bulletin without getting all the facts about the attack. While the sapper attack was repulsed within a few hours and all  VC killed, the AP reported that they had “seized the embassy.”

Further, this report contrasted General Westmoreland’s positive press statements, with the news media having “little faith” in his message. This irresponsible reporting gave the wrong impression, and unnecessarily alarmed American news consumers. Why did this happen?

During the fall of 1967, American military spokesmen had given a very favorable outlook on the progress of the war. General Westmoreland was optimistic that their strategy was working and that the NVA and VC were weakening. Prospects for ending the war in couple of years were publicised.

But, things were not all rosy with American public opinion. Already on  21 October 1967, a massive anti-war demonstration in Washington included a 50000-man march on the Pentagon. And, with the Tet Offensive, and television scenes of death and destruction, there was alarm. The events were not consistent with what American leaders had been telling them. The news media was also heavily influenced by early anti-war activists, and demonstrations, even prior to Tet. 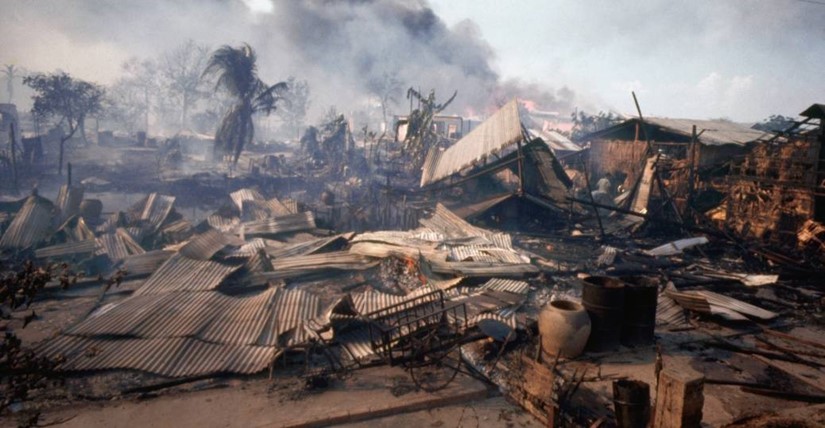 Disastrous scenes from the Cholon district did not conform to any previous war optimism. Two CBS correspondents covered Cholon and the US Embassy attacks: George Syvertsen and John Lawrence. And, in that period, six journalists were killed in Saigon and at Khe Sanh.

Walter Cronkite went to Hue, and covered the house to house fighting in the ancient capital. He was the CBS anchor who had the trust of most Americans at the time. Indeed, I was a teenager at the time, and thought highly of Cronkite, like a trusted “uncle,” or “father figure.” Cronkite voiced alarm at what he saw, and it made a huge impact.

On a 27 February broadcast, Cronkite stated: “We have been too often disappointed by the optimism of the American leaders, both in Vietnam and Washington, to have faith any longer in the silver linings they find in the darkest clouds” and added that, “we are mired in a stalemate that could only be ended by negotiation, not victory.”

President Johnson, watching live TV in the White House, reportedly turned to aides and said, “If I’ve lost Cronkite, I’ve lost Middle America.” He wanted to explain to the nation – accurately – that the Tet Offensive had been successfully repelled, and was in fact a huge military failure for the communists. But, it was too late. As Cronkite noted in his editorial, public optimism of US government and military officials about the progress of the Vietnam War was not in concert with the scenes people were seeing on TV. 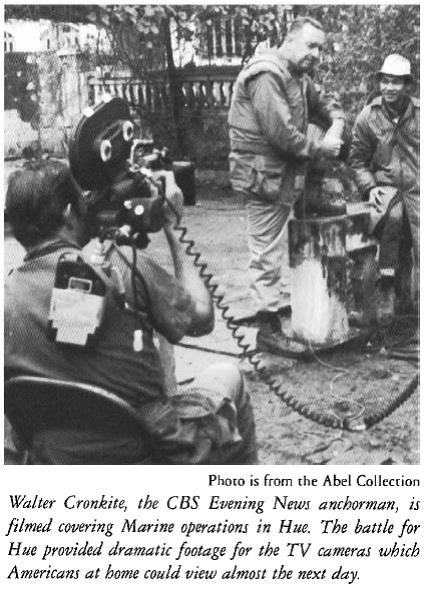 The events caused much reconsideration and analysis of US objectives in Vietnam. The new Defense Secretary, Clark Clifford struggled to make sense of the situation. General Earle Wheeler, Chairman of the Joint Chiefs of Staff, had been sent to Saigon to assess the state of affairs.

To defeat the new enemy threat, MACV recommended 206756 additional troops, over the 525000 Program-Five ceiling. Or, the proposed ceiling was 731756. Secretary Clifford requested a broad review of objectives, and means to accomplish them. In response, several papers from various organizations were submitted for future plans.

A key paper considered was submitted by Phil Goulding, Assistant Secretary of Defense. He gave the following options:

There was much discussion around these options, as the various factions, hawks, doves, and middle roaders “weighed in.” If the Communists took advantage of the bombing halt, the hawks and many of the military would react strongly. The doves, of course, would enthusiastically endorse the pause, and would immediately begin pleading and praying that it be continued long enough to explore all possible options.

The fourth option, denial of the Westmoreland request, and continue the war “as is,” would please no one, and was least acceptable. Goulding offered a ranking from a strictly public reaction standpoint. His top-ranked pick was the fifth: Denial of requests and a change in policy in the South.

The next step was a “Draft Memorandum.” A small “working group” of Pentagon action officers  digested options, factors, considerations, and prepared the draft:

The concept was to basically turn the war over to south Vietnam, but providing security in main cities. The bombing-halt issue was not addressed. In the previous year, President Johnson had offered a bombing halt, as long as North Vietnam negotiated in good faith. This was known as the “San Antonio Formula.” (Speech made by the President in San Antonio.)

Even supporters of Administration policy, such as Senator Richard Russell, Democrat of Georgia, who was chairman of the Senate Armed Services Committee, were openly critical of American combat strategy. Mr. Russell suggested that the United States has lost the battlefield initiative, and that it was not only through the enemy’s bold tactics.

Senator Fulbright Democrat of Arkansas, and Foreign Relations Committee chairman, warned against an escalation that could lead to “all-out war,” and insisted during a televised hearing with Dean Rusk, Secretary of State, that Congress be consulted before crucial new decisions are made.

But, Senator Russell took a different tack, contending that air and sea power should be used to the fullest extent before ground-force levels are increased. “If we are not willing to take this calculated risk,” Russell told a Veterans of Foreign Wars dinner, “we should not still be increasing the half-million men in Vietnam who are exposed to danger daily from weapons that might been kept from the hands of our enemies.”

Adding fuel to this controversy was the unexpected triumph in the New Hampshire Presidential Primary on 12 March of the Democratic “peace” candidate, Senator Eugene McCarthy. This was widely heralded as a repudiation by the voters of the present Administration and its Vietnam policies. And, it encouraged another critic of these policies, Senator Robert Kennedy, to announce on 16 March, his intention to seek the Democratic Presidential nomination.

The President decided to take the following course:

In addition, he decided to end bombing north of the 20th parallel.

The speech was long and it contained many considerations previously discussed. Most noteworthy was about bombing and negotiations. In his speech: “Tonight, I renew the offer I made last August – to stop the bombardment of North Vietnam. We ask that talks begin promptly, that they be serious talks on the substance of peace. We assume that during those talks Hanoi will not take advantage of our restraint. We are prepared to move immediately toward peace through negotiations.”

The President acknowledged the large losses sustained by the Viet Cong and North Vietnamese, and that they failed to start uprisings.

Thus, the entire nature of the Vietnam War changed, as a result of the 1968 Tet Offensive. 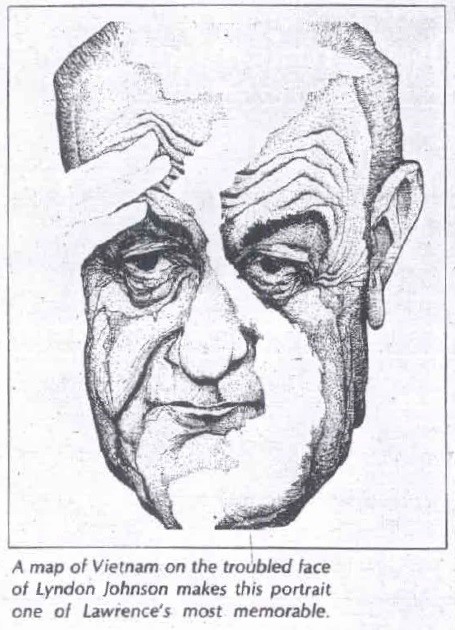 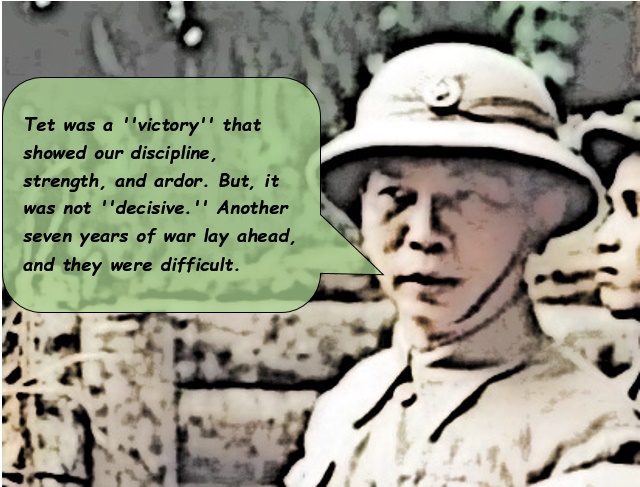