This is the second article in the Day River series of 1951. The topic “Henan Ninh Campaign” is what the Viet Minh named their operation. Their forces, weapons, and plans are covered with the goal of giving players some background on how the Communist forces developed in the early 1950s, and applied their capabilities to operations.

The Viet Minh called the Day River battles the “Henan Ninh Campaign.” This is from a combination of province names where the battles were fought. These were the Ha Nam Province (sometimes listed as Nam Ha on maps,) which is to the north where Phy Ly was; Ninh Binh Province and the city of Ninh Binh, and Nam Dinh province on the east side of the Day River, with the major city of Nam Dinh.

Operation “Ha Nam Ninh” is similarly a combination of parts of these province names. Another operation name used was “Quang Trung,” which is the name of a Vietnamese emperor who reigned from 1788- 1792 in the Tay Son Dynasty. He was known for his outstanding military leadership, and is one of the fourteen traditional heroes of Vietnam.

General Giap’s goal was to take over the Phat Diem delta area, where Catholicism dominated. Attacks on Phy Ly and Ninh Binh were diversions, to tie down French reserves.

The three divisions involved with the campaign were 304, 308, and 320. These part of the original six and were known as the “Steel and Iron” divisions and were formed over the years 1947-1951. This was after the Chinese Revolution overthrew Chiang Kai-shek, and the Communists confiscated weapons from the Nationalist Chinese.

Many of the Viet Minh armaments were from China in the late 1940s period, and quite a bit were US weapons that had been supplied to Chiang Kai Chek’s Army. Some Japanese equipment, rifles, machine guns, infantry guns, and mountain howitzers were also taken by the Viet Minh when the Japanese left in 1945.

The 9th Regiment of the 304th Division operated around Phu Ly in the north. The 308th Division fielded most of the combat units. It was headquartered at Truong Yen. The first action was from the 79th Battalion, 102nd Regiment that attacked Ninh Binh on the night of 28-29 May 1951. On 30 May, the 29th Battalion, 88th Regiment reinforced these units in Ninh Binh, but were forced to retreat by the French Groupe Mobile No. 1. These were in the Phase 1 part of the operation.

On 3 June, 1951, the 36th Regiment 308th Division attacked south along Route 10, but met strong resistance at Yen Phuc, where there was a concrete blockhouse. (pillbox)

Finally, the 88th Regiment, 308th Division attacked Yen Cu Ha along the Day River between Ninh Binh and Phat Diem. This attack was on 5 June, and it failed. As a result, the campaign ended.

The 320th Division’s 48th Regiment operated in the Cho Chay area and pushed toward Yen Cu Ha. They made some progress, but encountered resistance along the way, and never accomplished the ultimate objective of Phat Diem.

Viet Minh had acquired bolt-action Arisaka rifles of various versions when the Japanese left in 1945. The most common were the Type 38,  chambered for 6.5×50mmSR cartridges, and Type 99 chambered for 7.7×58mm cartridges.

The Communist Chinese had acquired a lot of US small arms after defeating the Nationalists in 1948. Many of these were provided to the Viet Minh. The M1 Garand semi-automatic rifle, and its M1 carbine version were available, as well as the Thompson sub-machine gun.

Naturally, the Viet Minh captured many French arms. These would include the MAS Model 36 bolt-action rifle, and the MAT-49 submachine gun.

One of the newer crewed weapons introduced for the Henan Campaign was the SKZ recoilless gun.

These were “homemade”  in shops commandeered by the Viet Minh. The designer was a Vietnamese engineer, Nguyen Trinh Tiep, head of General Headquarters’ Military Research Office.

The SKZ stands for “sung khong giat,” or “gun no shock.” These were produced in several calibers including 51mm, 81mm, 120mm, and 175mm. However, the SKZ-60 was the first and by far the most prolific. Used in action for the first time at the Battle of Pho Lu in February 1950, it was a tripod-mounted weapon 1.3 meters long, weighing weighed 26 kg. It could disassembled into three pieces for transport.

The standard 120mm shaped-charge warhead, attached to a 60mm rod fitting inside the barrel, carried a 2.2-kg explosive charge that could penetrate 600mm of concrete. But, it was a low-velocity smoothbore, accurate only at close range. Its muzzle velocity was just 75–80 m/s and its effective range, 60 meters.

In the Day River Campaign, the SKZ was used at Yen Cu Ha, and possibly other places where the Viet Minh were attacking fortified blockhouses. 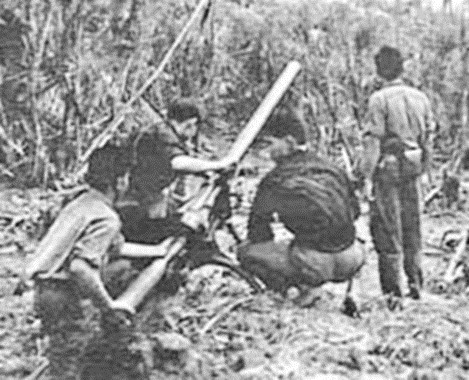 Viet Cong loading a Chinese 75mm recoilless rifle. The photo was discovered by the 5th Royal Australian Regiment during a bunker search in 1967. The Viet Minh SKZ was a similar weapon.

The Type 94 had been the  standard pack artillery piece of Japanese infantry divisions. The single-piece gun barrel with had a sliding breechblock based on German Krupp designs, and a long split-rail carriage with a hydro-pneumatic recoil mechanism based on French Schneider designs. The crew was partially protected by a shield.

The Type 41 was the standard regiment infantry gun, the designation “41” was the year of Emperor Meiji’s reign when it was introduced. 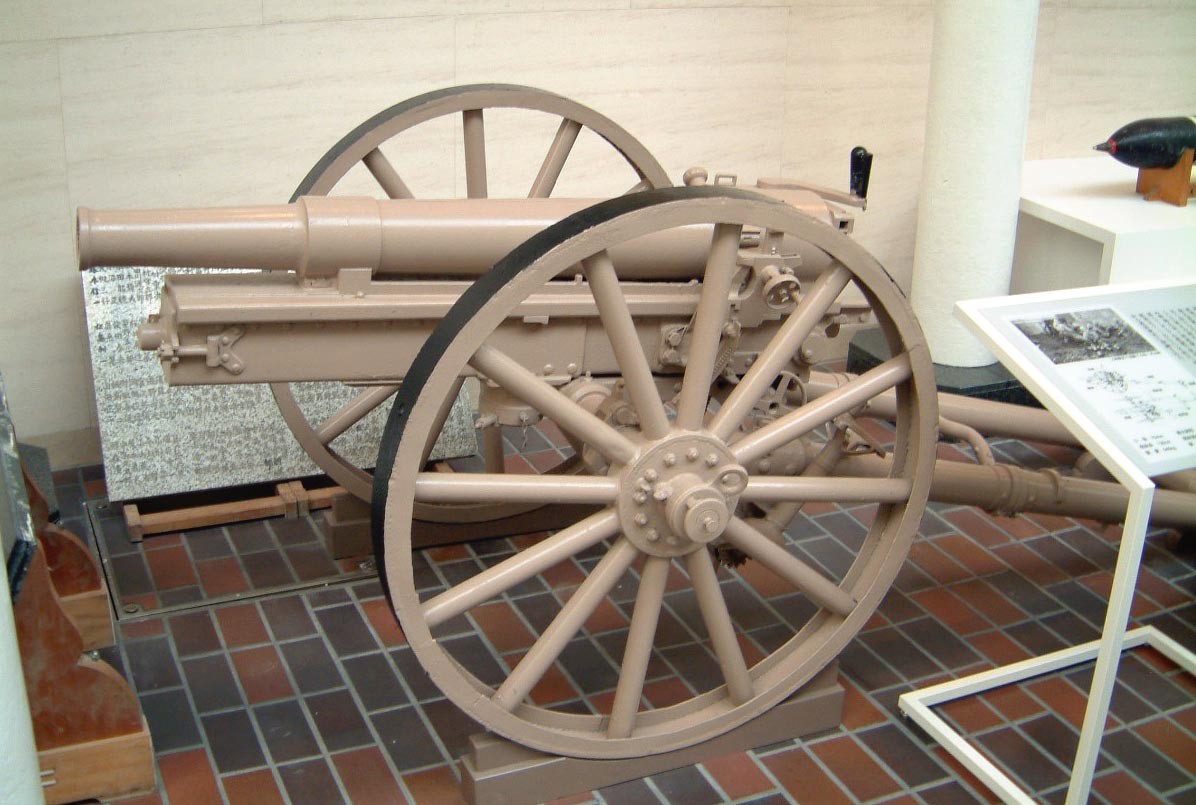 After the Communist takeover in China in 1948, the Viet Minh began receiving some US artillery, like the M1A1 75mm pack howitzers. This transfer only included 75mm guns and 120mm mortars. It was later, in 1952-53, that Viet Minh started getting 105mm howitzers from China.

The division artillery battalions primarily used 120mm mortars. These were typically the Soviet PM-43, or the Chinese copy Type 53, and later the Type 55 mortars. The PM-43 was a Russian design from WWII, introduced in 1943. The Chinese copied it, and their version was the Type 53.

The Viet Minh created the 351st Heavy Division in 1951. It was an artillery and engineering division, patterned after Soviet practice. It was one of the six original “Steel and Iron Divisions,”  with Chinese assistance. It originally had three regiments: 675th and 45th Artillery, plus the 151st Military Engineer Regiment. The Henan Campaign was one of the early operations of the “Heavy” Division. 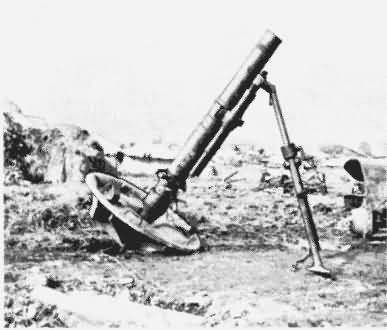