Did you ever imagine that there were upwards of 8000 firebases established in Vietnam between 1945 and 1975? Naturally, “only” a couple thousand were active at any one time. Let that sink in.

This article covers US artillery in Vietnam in more detail, and describes the important role that fire support bases played in the war.

Artillery battalions all had a headquarters plus a headquarters and service battery (HHSB). This included operations, fire direction, administrative, service, liaison, medical sections, communications, plus supply and maintenance platoons.

Sometimes 105mm battalions formed a provisional Battery D (Delta) to adapt to operational needs. Typically, two howitzers were drawn from each of two regular batteries. Crews were smaller, and headquarters personnel were drawn from the headquarters battery and/or other howitzer batteries. One unique organization was Battery D, 2nd Battalion, 13th Artillery of II FFV Artillery. Known as the “Jungle Battery,” it had three 105mm, and three 155mm howitzers. It supported Special Forces in III and IV CTZ.

In 1966, a new 105mm towed howitzer, the M102, was received in Vietnam. Replacement of the old howitzers continued steadily over the next four years. Many seasoned artillerymen did not want the old cannon replaced. They had become familiar with its every detail, and were confident using it.  The waist-high breech made it easier to load, and it had higher ground clearance when towed.

However, the M102 was substantially lighter, weighing little more than 1.5 tons, whereas the M101A1 weighed approximately 2.5 tons. So, more ammunition could be carried during heliborne operations, and a 3/4-ton truck rather than a 2½-ton truck was its prime mover for ground operations. Another M102 advantage was that it could be traversed a full 6400 mils. (360°)

The 8 in. (heavy) howitzer was self propelled, and known as the M110. The M107 175mm self- propelled howitzer was another large gun in the “heavy” category. 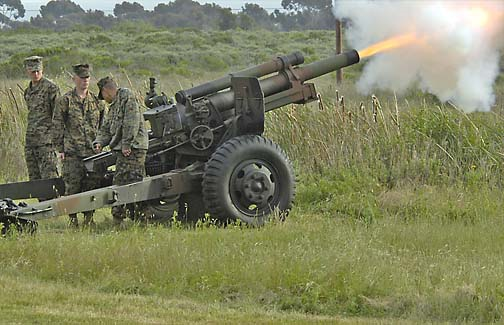 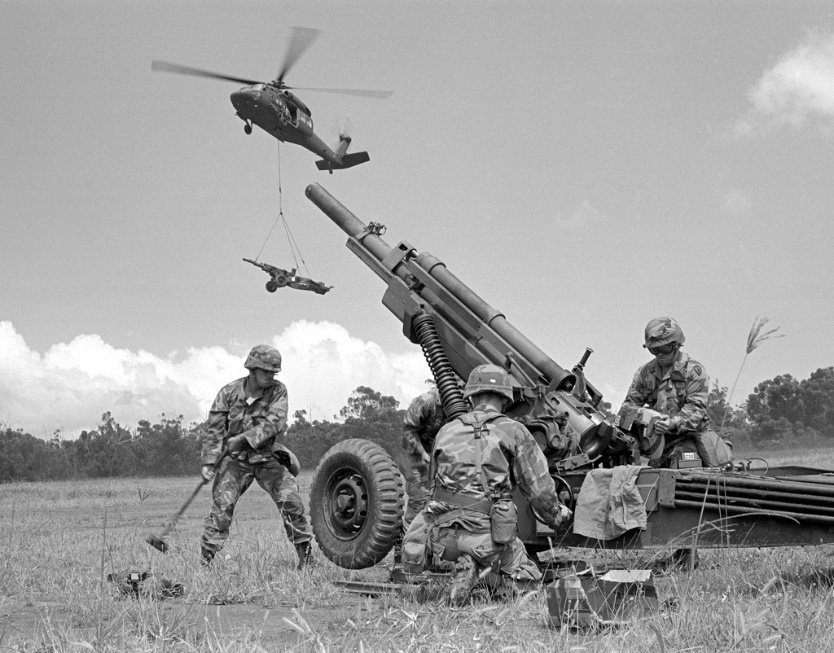 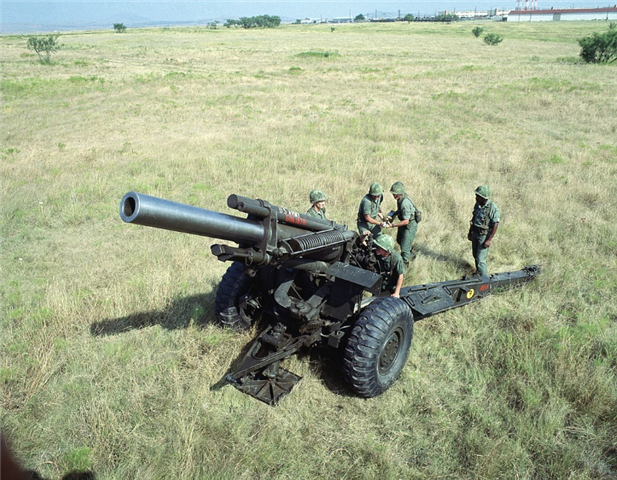 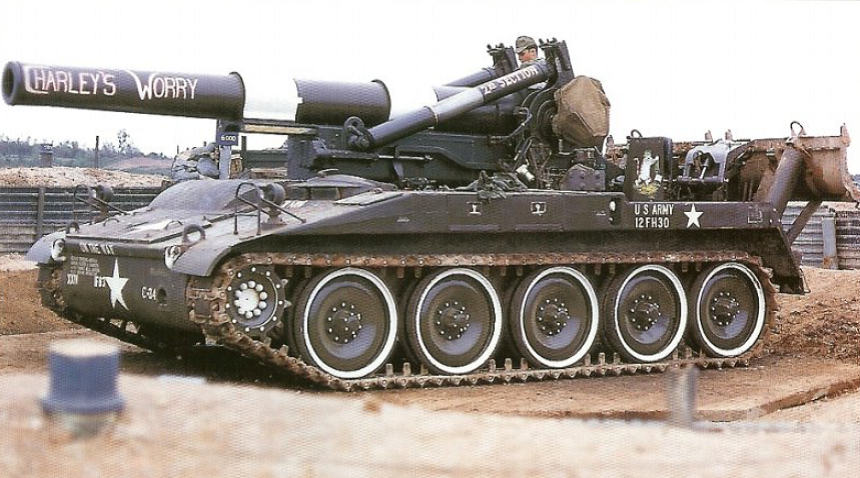 So, just what does the term “firebase” or “fire support base” mean? Any position with heavy weapons could fall in this classification, but it had a more definite meaning in Vietnam. To better understand this, there were several types of bases.

The largest was the “base camp.” These were permanently fortified, and were the headquarters for large organizations like divisions or corps. They typically had an airfield, capable of landing large fixed wing aircraft.

A “forward operating base” (FOB) was smaller than a main base, but was also permanently fortified and had an airfield. A division or a brigade task force sized unit could have a headquarters here.

The “fire support base” FSB was smaller than an FOB. The fortifications were fairly permanent, but the LZ was for helicopters (Chinook) rather than fixed-wing aircraft. These typically housed a single artillery battery, and were often the headquarters for an infantry battalion operating in the area.

A “landing zone” or (LZ) could be anywhere needed to land helicopters. Most were temporary and not fortified.

French forts had existed since colonial times. These were small, but permanently fortified. However, French forts were generally not adequate for combat conditions in the 1960s war years.

A “strategic hamlet” was lightly fortified and controlled by local militia. In Vietnam, a “hamlet” was a discrete portion of a “village” which might cover several kilometers.

Finally, there were “night defensive positions,” (NDP)  occupied by infantry for just one night. Of course, it might include foxholes and possibly some claymore mines, but was otherwise not heavily fortified.

The concept of a firebase or FSB was to house an artillery battery that could support infantry operations within its range. For the 105mm howitzers, this range was 11000 meters. So, an FSB could support an area 22000 meters, or 22 km in diameter. Infantry units assigned to this region could patrol and conduct operations while relying on artillery support.

Naturally, higher caliber guns extended the radius of operations. And, by locating multiple firebases spaced apart from each other, an entire district could be covered by artillery fire, provided the spacing was within two howitzer ranges. (22 km minimum)

Even if they were spaced 22 km apart, the number to cover all of South Vietnam, 1000 km long, would not have been manageable. Therefore, MACV forces had to concentrate their operations and FSBs on certain select areas at any given time.

Naturally, the NVA developed sapper units to attack and destroy firebases. So a firebase had to have adequate defenses. The location was usually set in a clear area, with at least 100 meters clear all around the firebase. This gave garrison defenders good line of sight to attackers. Often, the jungle had to be cleared by explosives or bulldozers. The perimeter usually had trenches with bunker strongpoints, and elevated observation towers at intervals. Wire barriers, (barbed or concertina wire,) surrounded the trenches. The total firebase size was at least 200 to 300 meters in diameter.

Within the firebase perimeter, there was an LZ, command and communication bunker, fire direction control (FDC) bunker, and the gunpits. Usually an artillery battery of six guns were assigned, so firebases typically had six gunpits. Living quarters for artillery crews and infantry were also included in the complex. Where infantry “D” companies existed, they might be used for the defensive garrison.

Each battery position, including gunpits and the FDC were arranged in circular fashion to allow for the “6400 mil concept” or ability to fire quickly in any direction. Often, there would be additional berms, sandbags, and even wire obstacles around gunpits to fortify them as “inner” defenses. Each gunpit had ammunition racks, an HE shell bunker, crew quarters, a powder pit and bunker, and a fire barrel.

A typical Vietnam era firebase was FSB Hill 4-11, which was active near  Quang Ngai City, during 1969 – 1970. It was the headquarters for the 3rd Battalion, 1st Infantry. The artillery unit was Delta battery, (M102A1 105mm Howitzers) 6th Battalion, 11th Artillery.

The artillery fire support bases played a significant role in US combat operations in Vietnam. It is important for Campaign Series wargamers to understand how they fit into the US strategy for conducting the war. They had the advantage of providing artillery support over a large operating area. They were vulnerable to NVA sapper attacks in particular, and so had to have adequate fortifications, and garrison troops to support them.

I get the impression that Hack really liked having artillery support. He discusses its need in his Vietnam Primer. Apparently, it was effective against VC tunnels. 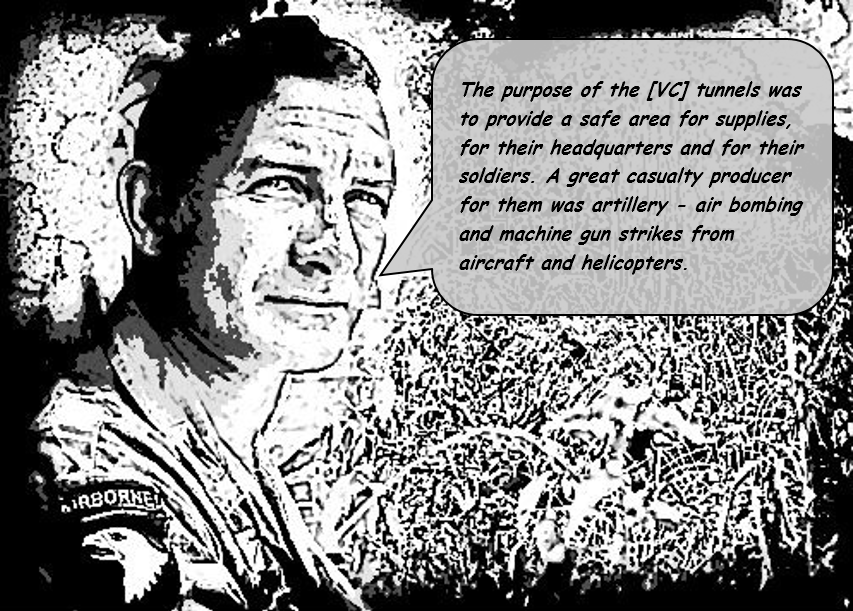