A need for “strike” capability to find and eliminate Viet Cong led to a joint Army/Navy committee to develop operational plans.  The first administrative unit for a “Mekong Delta Mobile Afloat Force,” (MDMAF) was commissioned at Coronado, California in September 1966. Not long after, TF-117 was designated with the new title, “Mobile Riverine Force.” (MRF)

The MRF would provide “naval” support for infantry brigade plus artillery battalion using the “Brown-Water” Navy’s modified landing craft, support ships, and specially designed assault boats. The strike unit would be a self-contained amphibious assault force, with all support elements except aircraft. (To be added later.)

The Navy’s component of TF-117 was a wide variety of ships and boats. The first unit, River Assault Flotilla One (RivFlotONE) was composed of River Assault Squadron 9 (RAS 9) and RAS 11. Each of RAS was sub-divided into two River Assault Divisions: Divisions 91 and 92; Divisions 111 and 112. 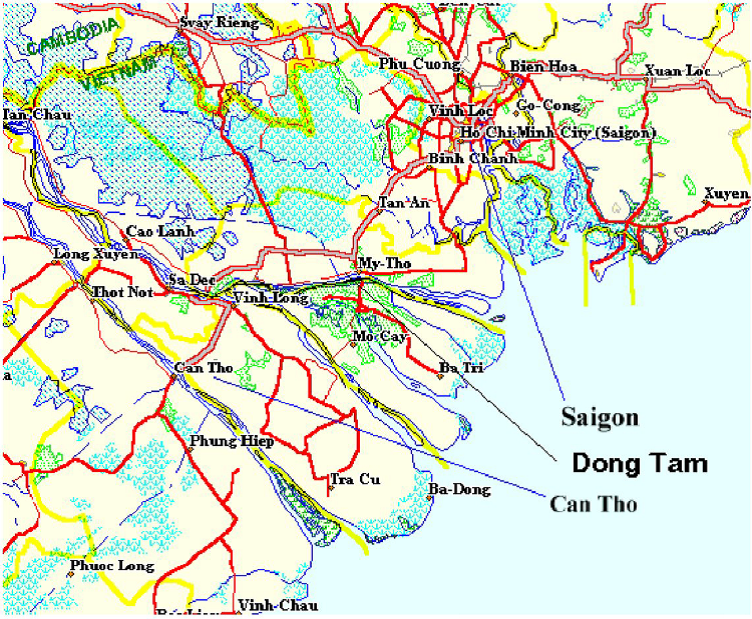 Details of Ships and Boats

Armored troop carriers, ATC were the main craft of the RAS. They were modified LCM-6 landing crafts, and were 15 m long and 4.6 m wide. Two diesel engines powered twin propellers.

The refueling ATC boat was similar, except the well deck space for troops carried pumps and rubber fuel bladders instead. Either diesel fuel for boats or JP-4 for helicopters could be carried.

The “Monitor” provided fire support. These had the same superstructure as the ATC but forward, they had an open well deck, with a Mk 2 Mod 0 Navy 81 mm mortar and two 7.62mm machine guns. A rounded bow replaced the door and ramp. The redesigned bow mounted a 40mm cannon (with a co-axial 50 caliber machine gun) enclosed in a turret. The 40mm was the main gun. In addition, at least two Mark 18 grenade launchers were carried along. Later, Program 5 Monitors replaced the 40mm turret with the 105mm turret of the Marine Corps LVT(H)-6 amphibious tractor (Amtrac).

One modification was called the “Zippo” boat. Instead of the mortar, there were two M10-8 flamethrower turrets, and associated fuel and compressed air equipment. The flamethrowers would burn away the dense foliage along the riverbanks to reveal enemy bunkers. The Zippo was hated and feared by the VC.

The command and control boats, CCB were similar to the monitors, except that the mortar pit was replaced with a radio shack.

A scenario series called “A week in … The Mekong Delta – May 1967” is planned for Campaign Series Vietnam. It will feature lengthy scenarios dealing with My Tho, Ap Bac 2 Battle, and  operations in the Cam Son Base Area.

Campaign Series Graphic of an ATC 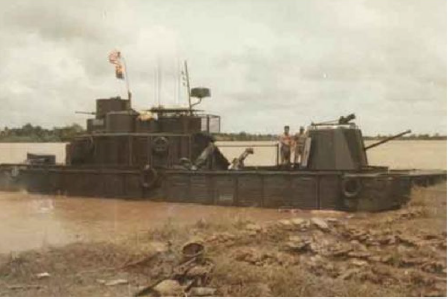 The Assault Support Patrol Boat, ASPB was similar in size to the ATC but with a more streamlined hull. The two 12V71 diesel engines drove twin propellers. The superstructure utilized spaced armor and bar armor was fitted later. Crew was 5 men. Early boats had a Navy 81mm mortar or two 7.62mm Mk 21 machine guns or .50 machine guns. The turrets were designed for 20mm guns, .50 machine guns, 7.62mm machine guns, and a 40mm automatic grenade launcher. The ASPB underwent several improvements in armor and armament during the years 1967 to 1971.

The ASPB was employed for ambushes, patrols, special operations, reconnaissance, and escort missions. It was also designed to serve as a minesweeper, and was fitted with a mine countermeasure chain drag. Lighter and faster than the Monitor, the ASPB was not as heavily armed or armored.

Each APB could accommodate about eight hundred troops, and provide support for the riverboat crews. Each APB had an extensive communications system. The USS Benewah (APB-35) was equipped to serve as the brigade and flotilla flagship.

Typical combat operations involved first sweeping the assault area with the ASPBs for reconnaissance. Monitors follow, and fire on enemy troops to suppress them while the ATCs would move in, and offload infantry assault troops.

Artillery barges would bring the 105mm howitzers to within an effective range, (11000m) and provide support. Reinforcements might be available from a self-propelled barracks ship.

Troops could also be brought in by helicopter to LZs for blocking purposes. A graphic depicting a hypothetical operation is shown below.

Some real operations included  Truong Cong Dinh, in which  Mobile Riverine Forces conducted a series of combined riverine and airmobile operations, beginning east of My Tho. Operations were supported by the 3rd Battalion, 34th Artillery of the US, which established a fire support base on the north bank of the My Tho River, 16km east of the city.

The 4-47 INF Battalion came under heavy small arms and automatic weapons fire just west of My Tho. This continued until 22:25, but the following day, the troops met no VC in the area. In response to new intelligence, moved again into the area of operations, where there were several firefights occurred the rest of the day. The most significant occurred at 17:15 when Company B, 4-47  INF made an assault landing by helicopter, and was fired upon by a VC force from well entrenched positions along the southern edge of the LZ. Five helicopters were brought down. Throughout the evening and into the night, as other elements maneuvered in support of Company B, there was sporadically heavy fighting in the area. At 03:00, the fire support base was attacked by mortars, sinking two artillery barges along with four 105-mm howitzers. The 4-47 INF continued their sweep of the battlefield without finding any VC, and returned by ATCs to the Mobile Riverine Base at Dong Tam in the late afternoon. 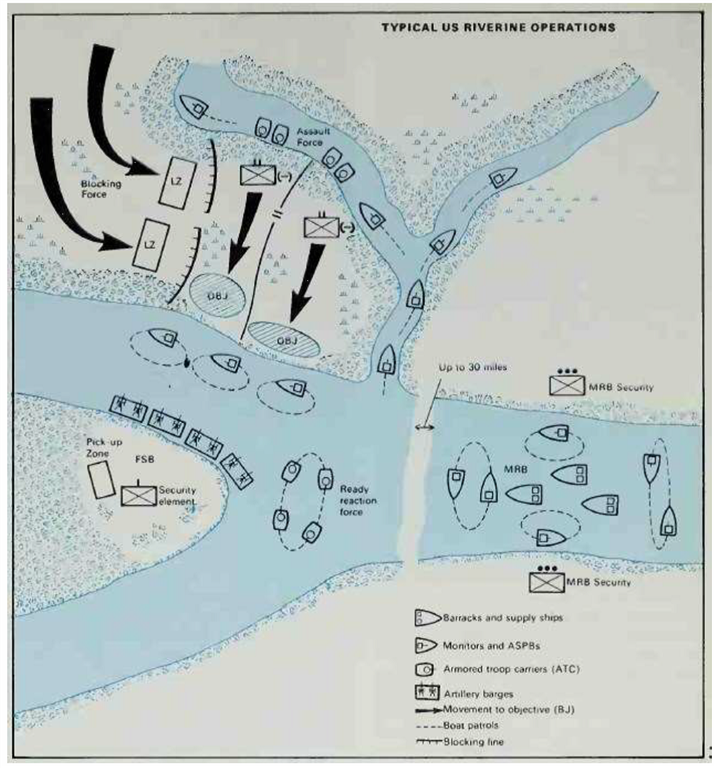 The Mobile Riverine Force was well equipped, with innovative technology. It was a very capable force, and was effective. There were still many challenges for finding Viet Cong, and avoiding ambushes, but several countermeasures were employed like using flamethrowers, to deal with these issues.

Hack was part of the 9th Infantry Division, but not the Riverine Force. He commanded the 4-39th Inf Battalion. 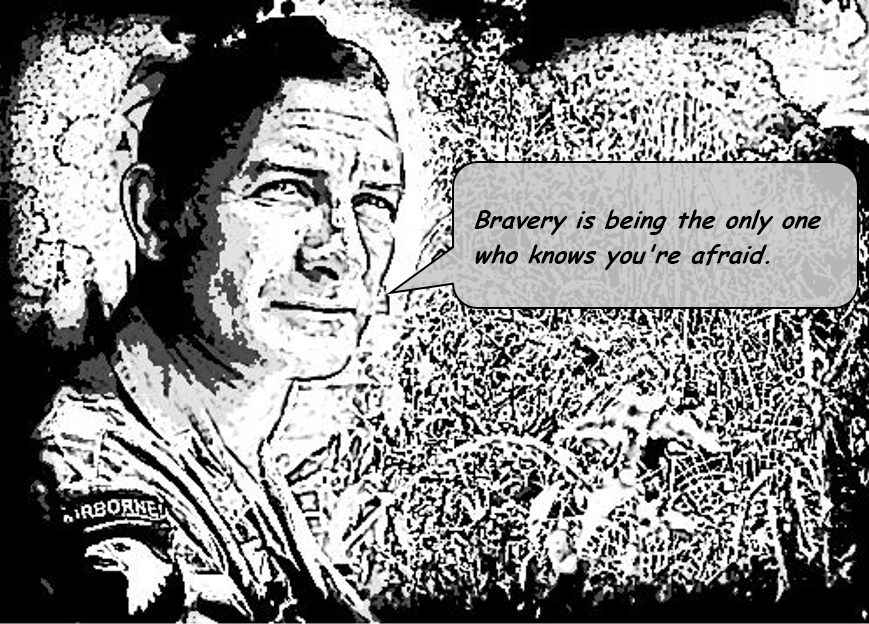