Did you know that Patton commanded an armored cavalry regiment in the Vietnam War? Well, not exactly General Patton of WWII fame, but his son, George S. Patton IV, was the commander of the 11th Armored Cavalry Regiment in 1968. This article covers armored and mechanized forces in Vietnam.

Armor was originally thought to be of little use in Vietnam, but General Westmoreland realized its value for route security and sweeps. The 11th Armored Cavalry Regiment (11th ACR) was deployed to Long Binh in the fall of 1966. The “Blackhorse Regiment” continued to serve in CTZ III north of Saigon.

Kittyhawk, Tet Offensive, Adairsville, Alcorn Cove and others. These were search and destroy missions, but would later be known as reconnaissance in force (RIF) operations. 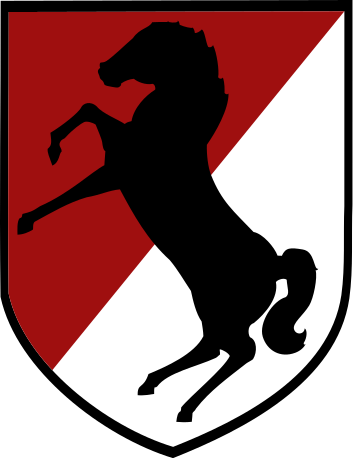 US Armored Fighting Vehicles in Vietnam

As Huey helicopters were the main transportation means for airmobile units, the main vehicle used for transporting mechanized troops was the M113A1 armored personnel carrier. (APC) It was a fully tracked vehicle developed by Food Machinery Corp (FMC). First tested in April 1962, the M113 was the most widely used armored vehicle of the US Army in the Vietnam War. The nickname “Green Dragon” was given by the Viet Cong, as it was used to break through heavy jungle thickets to attack and overrun enemy positions.

Aluminum armor made the M113A1 much lighter than earlier vehicles; it was thick enough to protect against small arms fire, but light enough for air transport, and moderately amphibious. It was powered by a 6-cylinder Detroit Diesel 6V53T engine. It could carry eleven infantrymen, and had a M2 Browning .50 Caliber Machine Gun.

Troop egress was through a rear drop ramp, in which a door was set. Mines were a real threat. The floor was provided with two layers of sandbags, and further covered with ration and ammunition boxes.

An important improvement was  developed which was known as the “ACAV.” (Acronym coined by 11th ACR cavalrymen.) The ACAV kit included shields and a circular turret for the .50-caliber M2 machine gun, and two M60 machine guns, with shields for the left and right rear positions, and “belly armor”  – steel armor bolted onto the bottom. This transformed the M113 into an assault vehicle, and was used for scouting.

The main battle tank was the “Patton” tank, 52-ton M48A3. It mounted a 90mm M41 gun with 62 rounds plus a coaxial 7.62mm M73 machine gun. 90mm ammunition included HEP, armor-piercing-tracer, armor piercing capped-tracer, HEAT, white phosphorus, canister, and anti-personnel tracer (“flechette”). A .50 cal M2 machine gun was mounted in the enclosed commander’s cupola, but often either the .50 cal, 7.62mm M60, or .30cal M1919A4 were mounted atop the cupola for a better field of fire. The crew consisted of the tank commander (TC), gunner, loader, and driver. Its 750 hp diesel engine gave it a speed of up to 30mph and a cruising range of 310 miles. The M48A3 was used in “D” companies of armored cavalry squadrons. 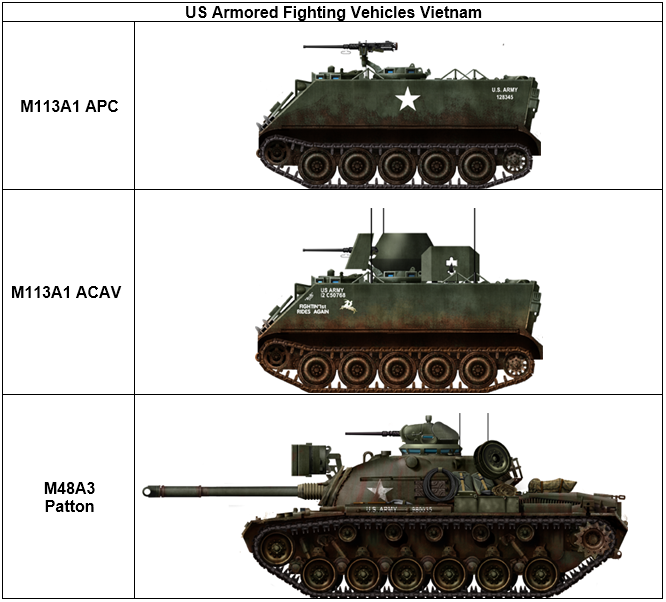 In 1968, Colonel George S. Patton IV (son of World War II General Patton), commander of the 11th ACR in South Vietnam recommended to General Creighton Abrams that one squadron from a division and the other from theater command be issued the army’s new aluminum tanks (M551 Sheridans) for combat testing. Abrams concurred, and in January 1969, M551 Sheridans were issued to the 3rd Squadron 4th Armored Cavalry, and the 1st Squadron 11th Armored Cavalry.

Another important variation of the M113 was the M106A1 mortar carrier. The crew compartment was fitted with a mount for a 4.2in. mortar, with a large round opening above for firing.

The last major armored fighting vehicle was the  155mm M109 self propelled (SP) howitzers. A battery of these were included in armored cavalry squadrons.

The basic component was the armored cavalry platoon. Consisting of 38 men and nine vehicles, it included the following arrangement:

Finally, the armored cavalry regiment was the largest armored organization in Vietnam. The 11th Armored Cavalry Regiment was organized per following table:

The Air Cavalry Troop was used for reconnaissance and artillery spotting. These had eight OH-58D Kiowa Warrior helicopters and crews.

A limited amount of armor was used in the Vietnam War, in the CTZ III where the terrain was favorable. Some interesting innovations were made with armored warfare in Vietnam, even though the overall theatre was not suited for it.

I believe that there is value in knowing about the history of the 11th Armored Cavalry Regiment. But our dear “Hack” probably wasn’t impressed by the armor forces. His forte was in guerilla warfare and counterinsurgency. 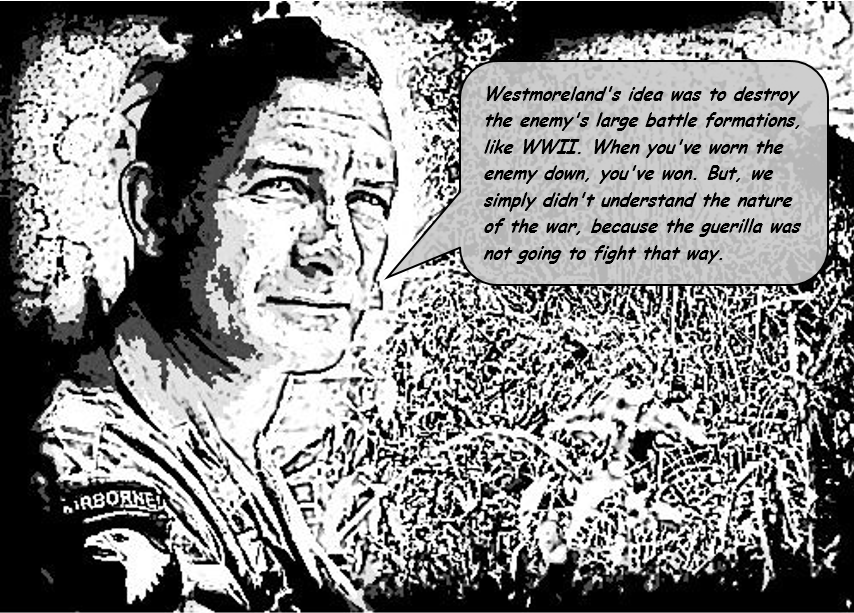