The Communist Chinese were a critical ally to the Viet Minh in 1950, and gave them a significant boost in their struggle against the French. Later, the Chinese helped North Vietnam in the resistance war with the US. This article is an overview of this relationship, and also provides some information on the Chinese intelligence agencies.

The ID/CCP provided reports on the world situation, and on the major events and issues taking place abroad. These efforts were based on news reports of foreign press agencies, foreign newspapers and books, as well as their spy network. During the 1946-1949 warfare between Kuomintang and Communist troops, the intelligence proved instrumental in battlefield victories.

In the 1950s, every Chinese embassy had an Investigation and Research Office for intelligence collection by staff from the ID/CCP. Analytical tasks were the responsibility of the Central Investigation Department Eighth Bureau.

In 1967, the ID/CCP was placed under military intelligence because of chaos during the Cultural Revolution. Many of the agency’s cadres were vulnerable to accusations of enemy collaboration.

Known as the People’s Liberation Army, (PLA,) the military intelligence is controlled by the General Staff Department, (GSD.) Each military region has an intelligence bureau, as well as the two services, the PLA Navy, PLAN, PLA Air Force, PLAAF, and the PLA Second Artillery Force, PLASAF.

In the early years of Communist China, the CSD formed the Chinese Military Advisory Group to advise the Viet Minh under President Ho Chi Minh and General Vo Nguyen Giap. The head of this group was Wei Guoqing. He was the one who handed a copy of the French Navarre Plan to Ho Chi Minh.

At the time of its creation, MPS had a simple structure, consisting of one general office and six functional directorates, numbered sequentially, and responsible for political security, economic security, public order and administration, border security, armed security, and personnel. 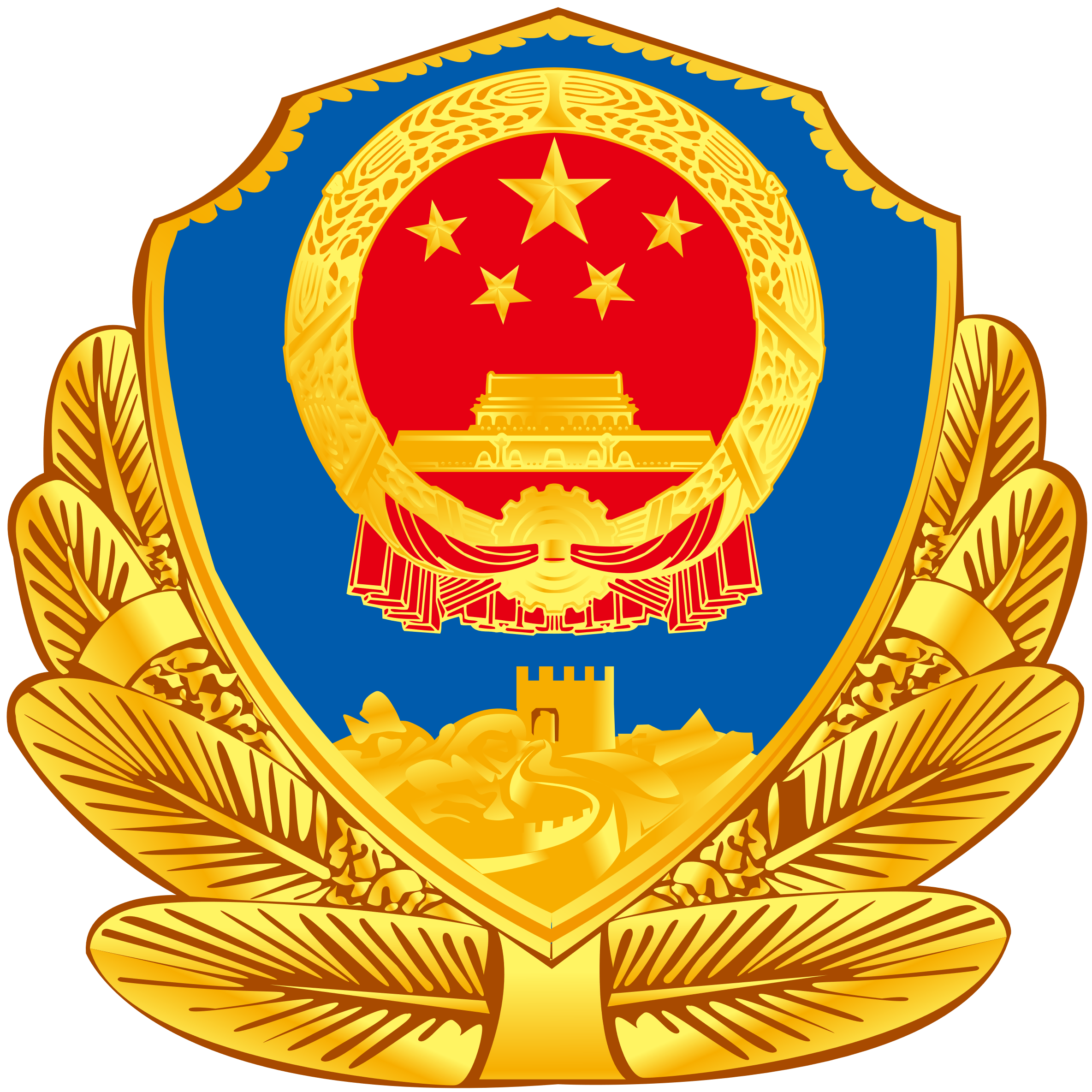 China has always viewed itself as Asia’s “older brother,” and wanted this relationship with Korea, Japan, Mongolia, and of course, Vietnam. The name Vietnam, or Viet Nam, is from the Chinese, and it means: Viets of the south. Indeed the Vietnamese used Chinese writing, and ruled their country using Confucian principles, even during the early years of French colonialism.

The Vietnamese wanted more independence, but the Communist movement united China and North Vietnam under a common ideology. However, the other issue between them was the Soviet Union.

There is an old saying: Two is company, three is a crowd.” The Chinese also suffered from the same “older brother” syndrome with the Soviets. In particular, Stalin treated Chairman Mao with condescension.

In January 1950, Chairman Mao and Zhou Enlai visited Moscow seeking to gain an alliance treaty. But Stalin resisted, in part because of the Treaty of Yalta. This was a treaty that involved the Guomindang or Kuomintang, (Nationalist Chinese,) under Chiang Kai Shek. Stalin feared that by breaking Yalta, he might lose the Kurile Islands. Needless to say, Chairman Mao thought that fellow Communists should unite, and relinquish old relations with non-communists. But, Stalin had a larger perspective, and also felt like the Soviet Union, as the World’s first  Communist nation, made them a “big brother” to the ChiComs.

As a further illustration of Sino-Soviet strains, Premier Nikita Khrushchev withdrew Soviet experts from China in July 1960. This was related to complaints that China had made. The interactions that China had with the Soviet Union caused mistrust. And, China did not want Ho Chi Minh to get too close to the Soviets.

Beijing had also benefited from the 1954 Geneva Agreement. China wanted to focus on domestic problems after the Korean War. They also took precautions against possible American military intervention in Indochina, wanting to prevent another direct Sino-American confrontation.

With these considerations, the Beijing leadership neither hindered nor encouraged Ho Chi Minh’s efforts to “liberate” the South, until 1962. Chinese leaders seemed more resigned than their Vietnamese comrades to accept that Vietnam would be indefinitely divided.

During the American Vietnam War, China worked to weaken North Vietnam politically while at the same time, they were sending military aid to them. China sent two types of correspondence: 1) Those directed at North Vietnam, and 2) those sent to the Viet Cong, operating in the south. Letters to the Viet Cong never acknowledged the North Vietnamese government, and were written with the intent to develop a direct connection with China.

In the early 1950s, China supplied the Viet Minh with captured US M101 105mm howitzers. These had been captured from Korea and the Nationalist Chinese. In addition, heavy 37mm anti-aircraft guns were furnished to the Viets. These alone made a major difference at Dien Bien Phu. The Viet Minh also sent troops into China for training, as well as a sanctuary.

In the 1964 Tonkin Gulf Incident, Zhou Enlai and Luo Ruiqing cabled Ho Chi Minh, Pham Van Dong and Van Tien Dung. The message was to “Investigate and clarify the situation, discuss and formulate proper strategies and policies, and be ready to take action.”  The Chinese assured closer military collaboration to meet the American threat. The General Staff ordered Military Regions Kunming and Guangzhou, (adjacent to Vietnam) air force, and naval units to go into “combat readiness.”

In 1965, when the US sent more troops to South Vietnam and began operation “Rolling Thunder,” Beijing decided on three basic principles: 1) If US forces went beyond bombing, and invaded North Vietnam, China would send military forces. 2) China gave a clear warning to the Americans, that US ground forces were not free to expand military operations into the North. 3) China would avoid direct US military confrontation as long as possible; but would not shrink from conflict, if necessary.

The arms supply sharply increased in 1965. Compared with 1964, small-arms supply increased 1.8 times, ammunition almost 5 times, artillery pieces increased by over 3 times, and artillery shells increased nearly 6 times. Military supplies fluctuated between 1965 and 1968, although the average amounts remained roughly steady. There was a lull in 1969-70, but another sharp increase occurred in 1972. (Probably to help military initiatives influencing the Paris negotiations.)

Relations between China and North Vietnam were friendly, and strengthened by their common Communist ideology. But, historical, social, and cultural perspectives, combined with competition for  Soviet favor made them more complicated. However, the Chinese would likely never abandon the Vietnamese under the threat of French or American military forces. 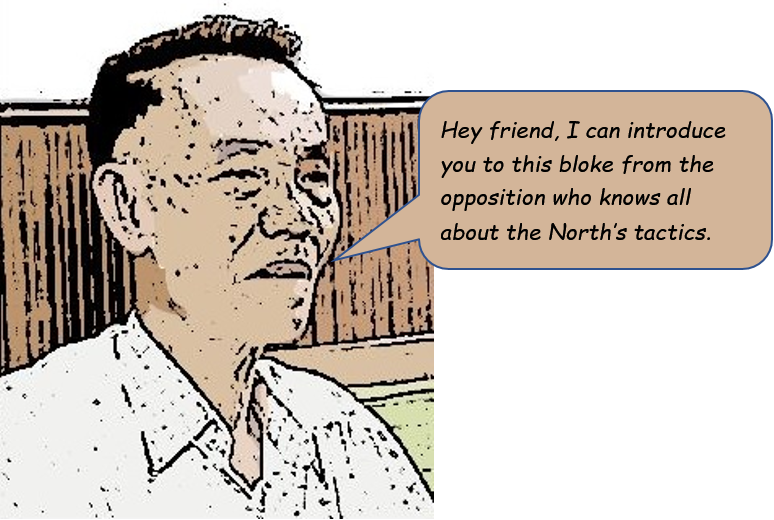