Did you know that the Laotian Communist forces were led by Prince Souphanouvong, and were called the Pathet Lao? He was known as the Red Prince, and the Pathet Lao  were supported by the North Vietnamese Communist Party, (Dang Cong,) and the Peoples Army of Vietnam, (PAVN.)

Prince Souphanouvong and the NLHS

Prince Souphanouvong and the group following him favored close alliance with the Vietnamese Communists. In 1949, they broke away from the Lao Issara movement that began in 1945 as an anti-French movement, but was not Communist. The Red Prince organized a new Lao political party called the Neo Lao Hak Sat (NLHS). This faction was a Communist “front,” but to have broader appeal,  proclaimed support for traditional Laotian culture, Buddhism, and protection of the royal throne. They aligned with the Pathet Lao, and were supported by the Dang Cong and North Vietnamese Army.

After the 1954 Geneva Conference, the French left, and the Vietnamese could devote more attention to political organization in Laos. So, in 1955 the  People’s Party of Laos (PPL) was formed. It was unabashedly Communist. The NLHS was subordinate, and continued to serve as a “front.” The Pathet Lao, (PL,) was the military branch of the Communist movement.

By 1957 and 1958, many NLHS members were being imprisoned or killed. During this time, politicians attempted to integrate the Pathet Lao into the Royal Laotian Government. (RLG) In the fall of 1957, Souvanna Phouma and his half-brother Souphanouvong reconciled in which he and Phoumi Vongvichit were brought into the government as ministers. The NLHS particpated in National Assembly elections in 1958. Two Pathet Lao-controlled provinces, Sam Neua and Phong Saly, were included in the national government. They agreed to integrate 1500 Pathet Lao soldiers  into the Royal Laotian Army. (RLA)

Right-wing leaders were dismayed when the NLHS won nine seats in the 1958 election. They inflicted police surveillance, and other harassment upon the newly-elected NLHS politicians. Following the collapse of negotiations to integrate the Pathet Lao into the Royal Army, the Phoui Sananikone government arrested sixteen NLHS leaders.

The PPL sought increased assistance to consolidate the revolutionary movement, and  an active North Vietnamese military phase began in Laos. Communist forces reoccupied Sam Neua and Phong Saly. In 1959, Doan (Group) 959 was organized as part of this initiative. This was a military organization to support the Pathet Lao, and it was strongly supported by Hanoi.

With the 1962 Geneva Neutrality treaty, a tripartite government was established in Vientiane. This returned the NLHS to participation in a “unified” government. Although Prince Souphanouvong served as deputy prime minister and Phoumi Vongvichit was a minister in the tripartite government, the NLHS front and its government continued to exercise authority in the areas that Communist armed forces controlled. During the short period of NLHS participation with the RLG in Vientiane, there were no elections for the NLHS to contest. By 1963, relations were once again strained, and the NLHS  leaders, claiming they had insufficient personal security, quit Vientiane for the NLHS-controlled regions.

The Pathet Lao set up headquarters in the Sam Neua (Xam Nua) area, near the North Vietnamese border. Caves in Ban Nakay Neua (Hidden City) protected the leaders and staff from US bombing.

Prince Souphanouvong was the official leader, but Kaysone Phomvihan was the minister of Defense and more closely directed the operations of the Pathet Lao. Phoumi Vongvichit was Minister of Foreign Affairs. Later, General Singkapo Chounramany would be the commander of the Pathet Lao forces.

The Pathet Lao was organized into different regional headquarters in Laos. These corresponded to the Laotian provinces. Sam Neua, Phong Saly, Xieng Khouang, Nam Tha, Luang Prabang, Vientiane, Khammourane, Savannakhet, Saravane, and Attopeu were the major ones. The Plain of Jars was heavily contested throughout the war, and that was in the Xieng Khouang region. The Ho Chi Minh trail ran through the Sam Neua, Khammourane, Savannakhet, Saravane, and Attopeu regions. Doan 559 was the North Vietnamese military organization that operated the Ho Chi Minh trail.

The largest Pathet Lao military units were battalions. There were several numbered battalions in each region, and they acted as “local forces.” The total PL troops in Laos were 9000 in 1960, 25000 in 1965, and over 48000 in 1970. These were predominantly infantry. The Pathet Lao had little heavy artillery, no armored forces, and no engineer battalions.

Each PL battalion had at least one NVA advisor, and also Vietnames political advisors – commissars – to enforce party doctrines. One such advisor, Captain Dai Hap, defected, and provided a great deal of intelligence to the US. (The North Vietnamese Military Adviser in Laos: First Hand Account – Rand Corp. 1968 by Paul F. Langer and Joseph J. Zasloff)

Pathet Lao were ineffective against Hmong fighters. The PL lacked discipline and motivation despite having NVA advisors. Their weapons were not as advanced as the NVA’s.

The NVA maintained at least one division in Laos. The 312th and 316th Infantry Divisions were in Laos most of the time. Doan 959 was organized to provide support for the Pathet Lao. This included transportation companies, anti-aircraft battalions, and engineers. The NVA supplied most of the heavy artillery and armor. Pathet Lao battalions typically had 82mm mortars and sometimes 107mm mortars. They were strictly foot soldiers, with no mechanization.

The NVA sometimes backed off, and tried to let the Pathet Lao fight in combat situations where they could win a victory. This had propaganda advantages. But, in critical combat situations, NVA forces always took over.

During the dry season, from November to April, the NVA and Pathet Lao went on the offensive from their base in Sam Neua. Their main goal was to control the Plain of Jars, but they also sought to capture Lima Sites. (airfields) However, in the rainy season, the Hmong and RLA forces generally pushed the Communists back. The Plain of Jars changed hands several times during the war.

In 1973, with the Paris Peace Accords, US military support for the Laotians and Hmong was withdrawn. In 1975, the Pathet Lao were able to overrun all of Laos and the Communists took control.

I imagine that Tony Poe became very familiar with the Pathet Lao, and trained the Hmong to fight them effectively. The fighting was a very grisly affair, with many atrocities committed by both sides.

For awhile, Tony demonstrated Hmong combat effectiveness to his CIA superiors by paying for ears cut off from dead Pathet Lao. One day, he saw a couple of boys walking through a village with their ears removed. . . He realized the unintended consequences, and ended the practice immediately. 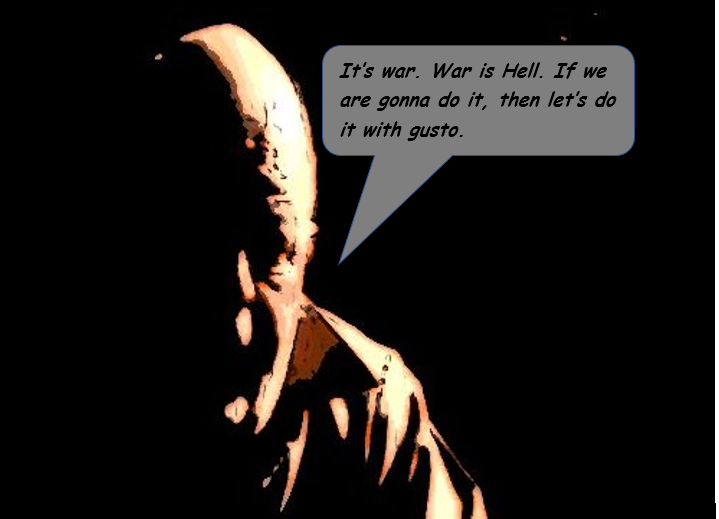