Do you wonder why the Hmong, under Vang Pao’s leadership, were the most effective opposition to the Communists in Laos? Why did the CIA work more closely with them than the Royal Laotian Army? Hopefully this article will explain their motivation to fight for their mountain homeland in Xieng Khouang and Houaphan provinces.

Hmong history is not precise, because there were few written records. The Hmong came  from the basins of the Yellow and Yangzi Rivers, in the cradle of Chinese civilization. Hmong myths say they are descendants of the people of the Kingdom of Chi You in Chinese legend, and are historically and culturally linked. Throughout their 5,000 year history, the Hmong were pushed and pulled to move from north to south, east to west, and from the lowlands to the highlands of China. This migration eventually reached Vietnam in the early 18th century, and Laos in the late 18th and early 19th centuries.

There are many folklore traditions including the myths of the Dragon King, creation of the world, and the original twelve clans. A flood myth is also part of Hmong folklore.

These strong traditions, and ties to mountain areas motivated the Hmong to fight for their way of life.

Another Hmong legend suggests why they prefer to live in the mountains. An ancient warrior named Sin Sai defended the first peoples of the earth against evil giants. Once this great undertaking had been accomplished, the legendary hero told the people to stay on top of the mountains to avoid any other evil giants that may come to harm them in the future.

Ever since the Hmong left their Chinese homeland, they dreamed of having their own kingdom, where they would no longer be oppressed. This dream was kept alive by the difficult conditions. In Laos, the lowlands were already occupied, and there was nowhere to go except mountains. Paddy farming was not possible, so they adapted themselves to hunting, forest gathering, and clearing and burning the jungle to grow upland crops.

Shamanism, superstition, and ancestor worship pervade the culture. Shamans are integral part of each family, and call upon the spirits to protect the house. A person’s twelve souls must remain in harmony to remain healthy. But they can fall into disharmony, and may even leave the body. The loss of a soul or souls causes serious illness, which can only be resolved by the Shaman “calling” the souls back.

Clans are a dominant part of Hmong society. Laos has eighteen Hmong clans. All children are members of the father’s clan, through which they will trace their ancestors. Women become members of their husband’s family upon marriage, but will retain their clan name of their father. Members of the same clan consider each other to be as “brothers”, “siblings,” and are expected to offer one another mutual support.

Clan groups are exogamous: that is, Hmong may not marry within their own clan group; a marriage partner must be found from another clan. However, they are allowed to marry blood relatives from their mother’s side.

The bride price is compensation for the new family taking the other family’s daughter, as the girl’s parents are now short one person to help with chores. The elders of both families negotiate the amount prior to an engagement.

There are many superstitious beliefs a bride must follow. For example: When the groom’s wedding party is departs the bride’s house, the bride must never look back, or else it is a bad omen for the marriage.

Hmong women are responsible for nurturing the children, preparing meals, feeding animals, and sharing in agricultural labor. Traditionally, Hmong women eat meals only after the men have eaten first.

Traditional Baci ceremonies are common, and they involve gatherings like a party. The people tie strings around each other’s wrists as a bond of reciprocal loyalty.

In 1961, only two Hmong, Vang Pao and Ya Thotou, reached the military rank of

Colonel. Ya Thotou, who died in 1961 from a traffic accident, was a Colonel and Commander of the Pa Chay battalion, one of the most decorated battalions of the Lao People’s Army (LPA). Pasert Fong Ya was Ya Thotou’s successor. In 1975, the Pathet Lao deployed him to take charge of Long Tieng after Vang Pao left. He was assassinated not long after.

A very well respected man among the Hmong was Touby Lyfoung. As one of the few Hmong educated in the French Colonial school system, he gained leadership positions in the Laotian Government. In 1945 North Vietnamese and Lao Issara troops took the Plain of Jars, (PDJ) from the French. It was recaptured by Hmong forces under Touby Lyfoung. In 1949, he was promoted to deputy-governor in charge of Hmong affairs in Xieng Khouang province where PDJ is located.

Vang Pao became the primary military leader of the Hmong, and also General in charge of Military Region II in Laos. (MR II) He was able to maintain good relations with the Royal Laotian Government (RLG) and Army. (RLA)  But more importantly, he was the beloved leader of the Hmong, and organized them for war against the Communists. Further, the American CIA identified him in the early 1960s as a competent military leader they could trust and work with.

Family and political relations were important to Vang Pao, and he married four women, each in different clans, in order to expand his influence. He appointed representatives of the most powerful clans to the top posts in his army. To reach beyond clan leaders to the rank and file, Vang Pao distributed an array of benefits to ordinary Hmong who

supported his cause. With the CIA’s deep pockets, he was able to pay volunteers much higher salaries than that of regular RLA soldiers.

For the Hmong in Auto Defense Choc units, (ADC) family dependence on military pay was not a life and death matter. Soldiers headquartered in their home village had a farm to fall back on. But, the Special Guerilla Units, (SGU) were at Long Tieng, and Vang Pao encouraged the soldiers in these battalions to relocate their families to the military base. Without a farm to work, military pay was the only income, which was an additional reason to reorganize his entire army into SGUs; it increased Vang Pao’s control.

Vang Pao also expanded his opium network to cover nearly all Hmong opium grown in Laos. Much of it was transported by his private airline, Xieng Khouang Air Transport, launched in 1967. Thousands of Hmong villages in opium growing areas became dependent on him for their cash income, an economic fact of life that made them reluctant to deny his requests for military volunteers to flesh out his growing army. 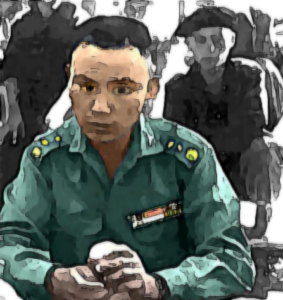 The Hmong were the main part of Vang Pao’s Army, and because of the 1962 Neutrality Treaty and secret US CIA involvement, this army was sometimes referred to as: “L’Armee Clandestine.” When Vang Pao became commander of MR II in 1963, he doubled his army from seven to fifteen thousand troops, organizing the bulk into SGUs. These were  battalion-size units of five hundred soldiers, divided into a headquarters unit and three line companies, armed with 60-mm mortars, 57-mm recoilless rifles, machine guns, and M-16 rifles. The SGUs were designed to pack a punch, and yet be highly mobile. They could be inserted or extracted at moment’s notice by helicopters or transport aircraft.

MR II encompassed Xieng Khouang and Houaphan (Sam Neua,) two provinces populated mainly by Hmong, but including Montagnards, Khmu, and highland T’ai. One condition Vang Pao insisted on in accepting command of the military region was that he be granted complete authority over the ethnic minorities. Prime Minister Souvanna Phouma did not object.

The main combat areas were the Plain of Jars to the area around Lima Site 85 in Sam Neua. During the dry season from November to April, the Hmong Army was on the defensive, fighting as guerillas. In the wet season, they went on the offensive, and in many cases recaptured lost ground.

Long Tieng, known as the “Secret City,” was the MR II headquarters. It is located about 25 kilometers southwest of the Plain of Jars. It was also the Lima Site LS-20A, and had significant aviation activity. This is where the CIA  case officers and Raven forward air controllers were based.

SGU battalions could generally whip the Pathet Lao. But, against NVA battalions, the Hmong could not hold up very long without US air support. The Hmong did not have much heavy artillery, and relied on the RLA and Thai artillery battalions. 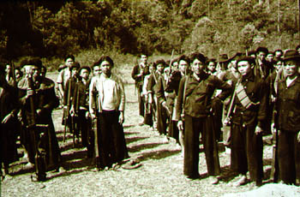 “The Secret War” by Fred Branfman

Tony Poe and the Hmong

Tony Poe was a CIA Case Officer in Laos from 1961 to 1973.  Going “Bamboo,” he
knew quite a bit about the Hmong. For many years, he was stationed at Long Tieng. But, he had disputes with General Vang Pao, among which were about the opium trade. After 1965, Tony set up an outpost near the Chinese border, where he trained members of the Yao tribe as soldiers. He married the Yao chieftain’s daughter. 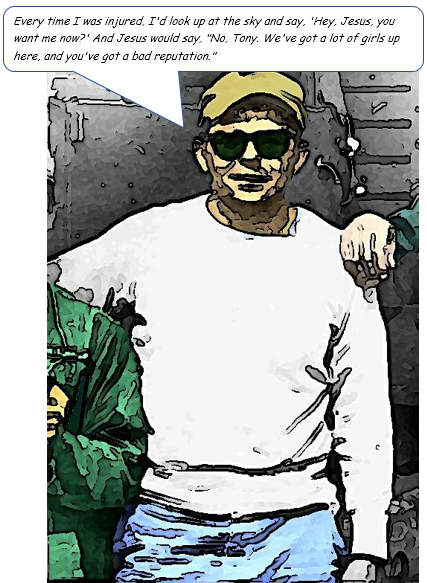