There are some good sources of topographical maps to use in making Vietnam maps. The Series L-7014 (Vietnam,) and L-7015 (Laos) are the best. These are US Army Map Service topographical maps in 1:50000 scale, which is the optimal scale for Campaign Series.

Here are three websites where you can download these maps for free.

The sheet numbers have four digits with a dash and a Roman numeral suffix. For example, 5651-IV is the area of Dien Bien Phu.

Notice that for the 5651 numbers, there are four maps, numbered clockwise from northeast to northwest, I, II, III, and IV: 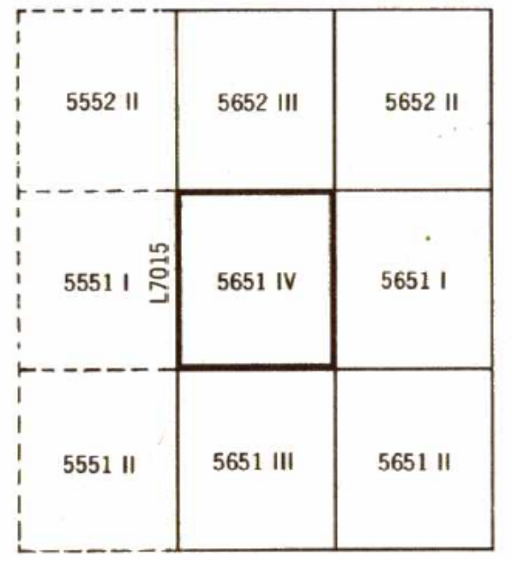 How to identify the appropriate four-digit sheet numbers?

Well if you know the Geographical coordinates, that is latitude and longitude, then the numbering system follows a formula rule.

First identify the nearest ½ degree coordinates in the northwest corner. For example, for the sheets 5651, the latitude is 21°30’ or 21.5 and the longitude is 103°. The first two digits may be determined by a formula using longitude (λ):

(Don’t worry, a MS Excel spreadsheet can be made available to do this very easily).

I imagine that Uncle Ho probably liked these maps too. That is, the ones stolen from from US command posts, or from crashed aircraft. Who knows?

But, we do know that the Vietminh did manage to intercept some French air drops in January 1954 near Dien Bien Phu. Guess what were in those containers? French Army maps, 1:25000 of Dien Bien Phu. And, they showed the various strongpoints, like Dominique or Claudine. And, these very accurate maps did come in handy for Vietminh artillerists plotting targets. . .

[hr]
In next episode of Uncle Ho’s Hideout, I’ll explain how to use a Master Map concept, with help of MGRS grids, in scenario design. Until then!