Most scenarios are accompanied by other battles fought in nearby areas. Sometimes, an action is part of a larger campaign covering a whole region or province. Instead of creating a separate map file for each scenario, it is useful to first make a single “master” map that covers an overall area. Then, maps for individual scenarios can be made by cutting sections from the master map. Also, the areas can be tailored for different combat situations or hypothetical cases.

Such a “master” map often covers a very large area, perhaps a half degree latitude and longitude, or 55 kilometers or more to a side. (Currently I am working on a map that is 242×334 hexes.) This offers more flexibility to create appropriate map areas for multiple battles, even campaigns. The Campaign Series map editor feature for “shift” and “extent” makes if possible to take a larger map and cut out parts of it for scenarios in specific areas.

An example of a “master” map is shown as a “jump” map. This map is 242×334 hexes and covers 1/2° of longitude and 3/4° latitude. This is an area of 83.5 km x 53 km. The developed parts are not all connected. The area to the lower left is large enough for a scenario about an NVA attack on Long Tieng. The larger area to the upper right is the Plain of Jars, where many battles were fought during the Laos Secret War: 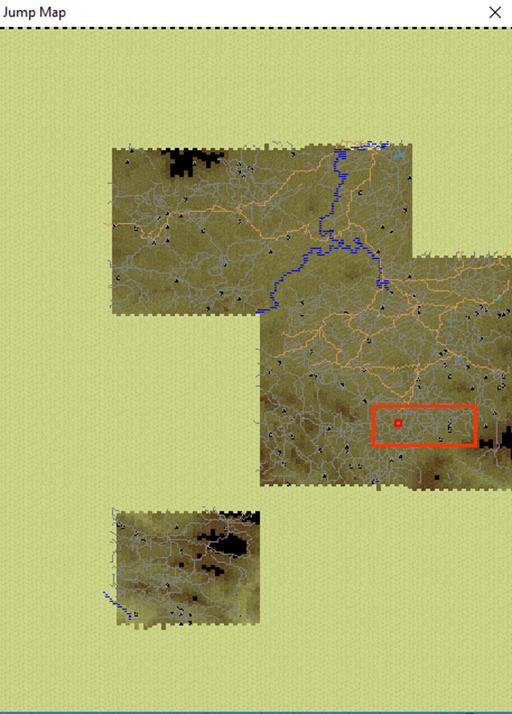 The unfortunate fact is that the Campaign Series map editor does not include paste or combine functions. Two separate map files cannot be combined into one to make a larger map. To obtain a large map, the size has to be made large in the beginning, or added to in blank form and developed manually. If the map is initially created very large,  then the developed areas can be completed on an “as needed” basis for scenarios.

These don’t even have to be adjacent to each other. By designating a reference hex and coordinate, either MGRS or geographical, later grid overlays can be accurately positioned by calculating placement coordinates. I am attaching such a spreadsheet that uses MGRS coordinates to determine hex locations for grid overlay placement.  If the map has to be added to, the hex coordinates change, and the reference hexes may need to be re-established.

Another advantage to employing the master map concept is that scenario maps tend to be larger than if just made individually. A scenario using larger maps has less need for reinforcements and offboard artillery. More units can be placed on the mapboard at the start of a scenario because more room is available. 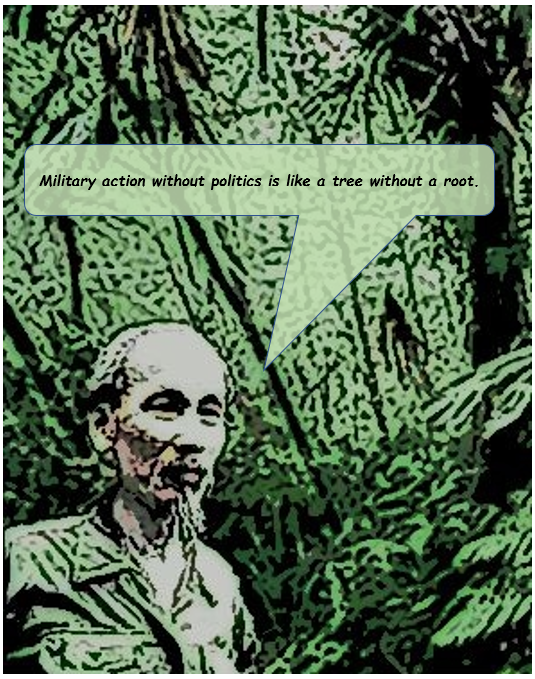 [hr]
This post completes the Uncle Ho’s Hideout series. I hope you have enjoyed them!