The North Vietnamese used many forms of transportation on the Ho Chi Minh trail. Did you know that even elephant convoys were sometimes used? After all, Laos was known as the “land of  a million elephants.” But, this report also focuses on road construction, trucking, and more efficient methods.

Senior General Van Tien Dung (NVA) described the end state of the trail, after the final 1975 victory: “The strategic route east of the Truong Song [Chaine Annamitique] Range, which was completed in early 1975, was the result of the labor of more than 30,000 troops and shock youths. The length of this route, added to that of the other old and new strategic routes and routes used during various campaigns built during the last war, is more than 20,000 km. The 8-meter wide route of more than 1,000 kms . . . is our pride. With 5,000 km of pipeline laid through deep rivers and streams and on mountains more than 1,000 meters high, we were capable of providing enough fuel for various battlefronts. More than 10,000 transportation vehicles were put on the road. . .”

The most important role for the Ho Chi Minh Trail was as a route to transfer troops to the south. The North Vietnamese claim two million personnel did transit the trail during the war. In the early part of the conflict, personnel infiltration from north to south was mostly in the form of native southerners who had moved north after the First Indochina War. They were sent back south to begin the fight again in to “liberate” South Vietnam. Up to 1965, approximately 40,000 such personnel returned south to form the core of the Viet Cong.

Initially, supplies were carried by porters, modified bicycles, oxcarts, and pack animals. In the early years, about 5000 tons per year passed along the trail. After road construction, truck transport increased this rate to over 12000 tons annually.

Starting in 1959, the trail had few roads passable by truck. But, thousands of porters, bicycles, pack animals, and wagons began movement of supplies.  Porters were best for short hauls when weather or bomb damage temporarily halted truck travel. They carried mainly food, but also carried small arms ammunition, and even bladders of petrol. Transit stations were placed one day’s walk apart, responsible for providing food, shelter, health, and navigation to the next station. These were used by troops traveling on foot as well.

One man with a bicycle could carry about three times the load porters could. Thousands of bicycles were bought from China and modified to carry pack loads. Two bicycle battalions were active in 1965.

The trek down the trail was grueling for traveling soldiers and workers dealing with hot, humid forests, as well as leeches, and malaria. The author, Dong Nguyen Ha, of The Ho Chi Minh Trail And Operation Commando Hunt, wrote: “The long distance and heavy loads, the savage sweep operations and bombing attacks conducted by the enemy, and severe weather conditions all combined to extend the time required for the march to five or six months, adversely affecting the health of our troops. On days when rice supplies were exhausted our soldiers had to dig up jungle roots to eat in place of rice. Almost all cadre and soldiers caught malaria, some soldiers died on the march, and a number had to remain behind in our medical clinics along the commo-liaison route.”

Casualties caused by American airstrikes were low, accounting for only 2% of total personnel losses. Total losses to disease are estimated at 10 to 20%. Sick soldiers were left to recuperate at various way-stations. Transit time could take months, and sometimes entire units were disrupted and disbanded. 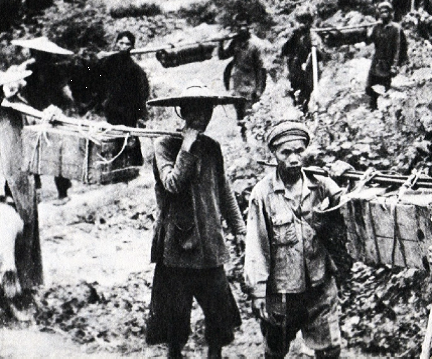 A Porter Column on Foot 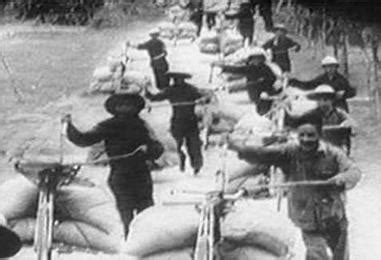 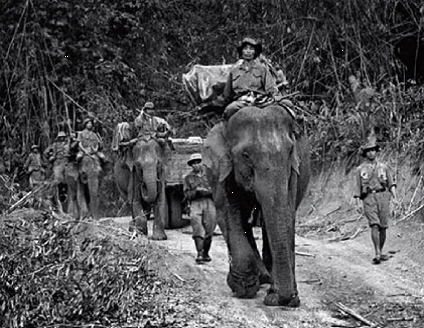 Doan 559 began building roads immediately in 1959, but it would be 1965 before trucks became the main transportation mode. Every year, more engineer battalions were formed. By In late 1967, about 25,000 NVA troops and 40,000 laborers (mostly Laotian) were engaged in repairing, widening, and extending the routes. Bulldozers and other heavy equipment were being used. In 1971, there were eight engineering regiments. Road construction progressed at 450 km annually in 1965, and peaked at 1000 km in 1970.

The roads were 5.5 m wide, and gravel  or log corduroy were applied to harden the surfaces. These were generally capable of all-weather use. By 1973, trucks could drive the entire length of the trail without emerging from the canopy except to ford streams or cross on crude bridges built beneath the water’s surface.

Much of the road repair was done with manual labor, especially to repair bomb craters. A crater could be filled in within a day, to get that section of road back into service. But, bulldozers and other heavy equipment were used extensively.

To conceal their truck and troop movements, the North Vietnamese camouflaged routes and trails. Trellises, made by binding tops of trees together, covered truck, supply, and other installations. Any damaged jungle cover for trails was replaced with new foliage. Foliage was also scattered along well-worn tracks and paths that might be detected from the air. The deceptive practices of the NVA were numerous. To cross rivers and streams they used floatable spans, (hidden by day,) or underwater bridges. Communication workers strung telephone wires on five-foot poles along trail segments, the poles’ short length did not make a shadow long enough to be seen by air. After airstrikes, trail workers often burned gasoline-soaked rags along the side of roads to make attacking pilots think they destroyed or damaged several trucks. 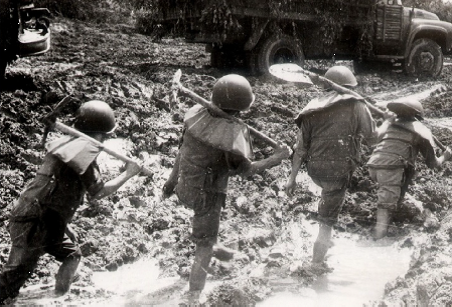 After 1965, the North Vietnamese got serious with trucking. Trucks could carry 20 times more than oxcarts, 100 times more than bicycles, and 300 times more than porters. An estimated 6000 trucks plied the trail at any given time. Traveling mostly at night to avoid American airstrikes, trucks parked in stations about 3 km off the trail during the day. Trucks were extensively camouflaged.

A truck and its drivers were assigned to a 30 km segment of the trail, going back and forth. Usually, trucks had two drivers to alleviate fatigue, and assure convoy security. Supplies were off loaded from one truck to another at the stations. This practice assured drivers were familiar with their part of the trail.

If aircraft approached, anti-air monitors and special signals alerted drivers. This immediately halted all vehicles. Or, the drivers detoured into any available alternate paths away from the main one. Drivers often waited up to an hour after the last aircraft departed before resuming their journey. New radio-equipped “Polish Star 66” trucks arrived in North Vietnam in late 1965, and were first spotted on the roads in southern Laos during March 1966. Radios in truck convoys provided air attack warnings, and gave drivers more time to seek cover.

The trucks were mainly from Russia and China. WWII vintage trucks were used initially. The GAZ-63 was very common and made in the Gorky plant in Russia. These had six-cylinder engines, and         4-speed gearboxes. They could carry 2000 kg. The ZIL-157, made in Moscow was similar. This truck was also copied in China as the CA-30. The ZIL-130 was introduced later. It had a V-8 engine, 5-speed transmission, and could carry 4.5 tons payload. 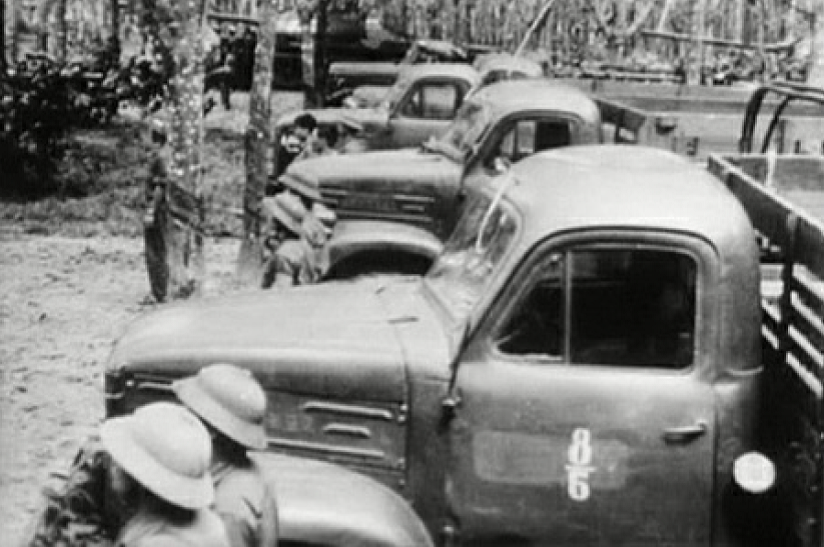 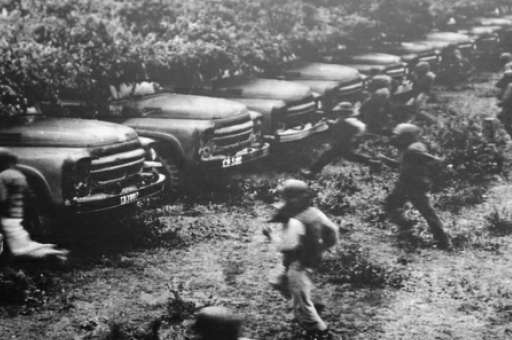 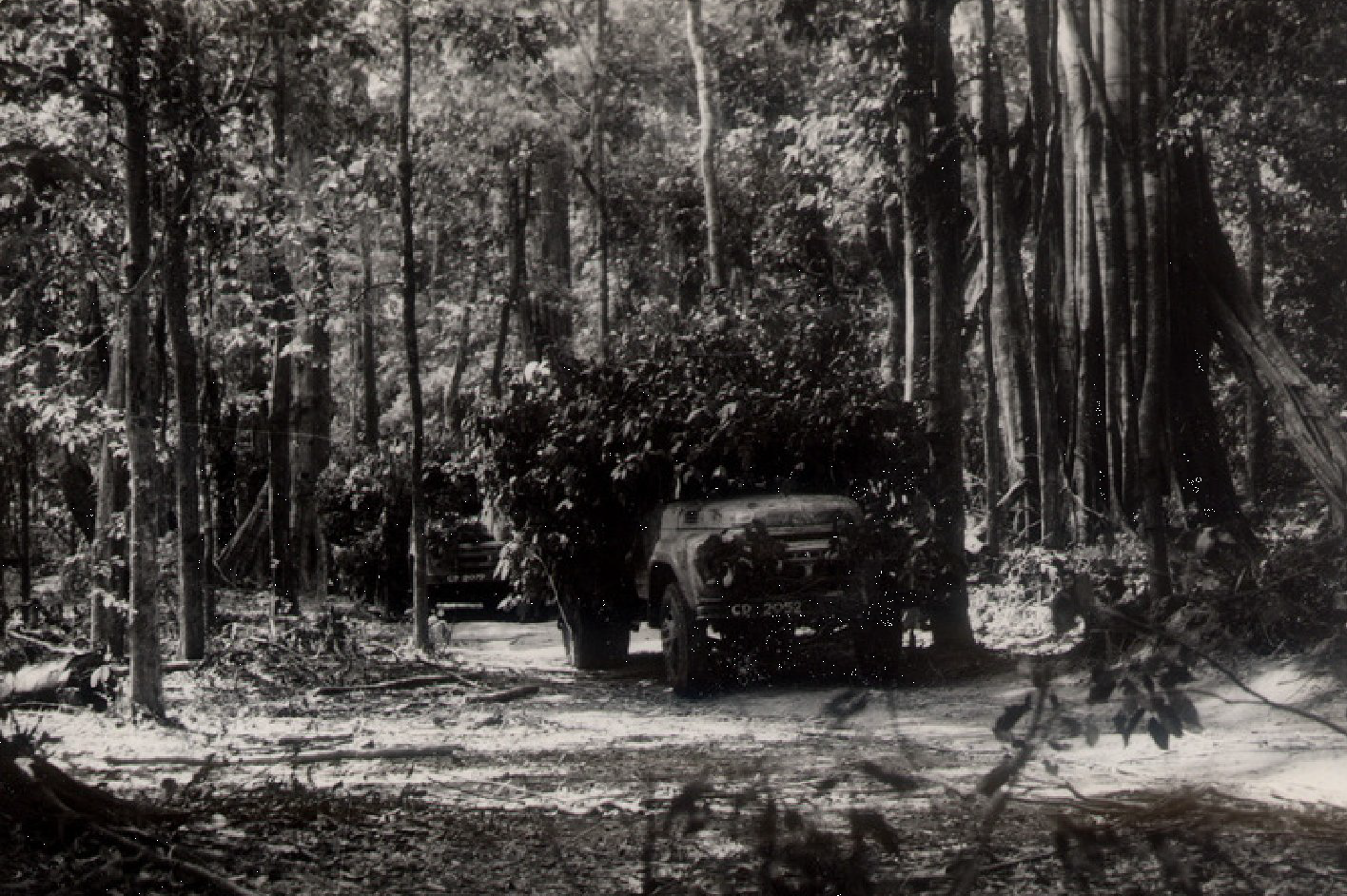 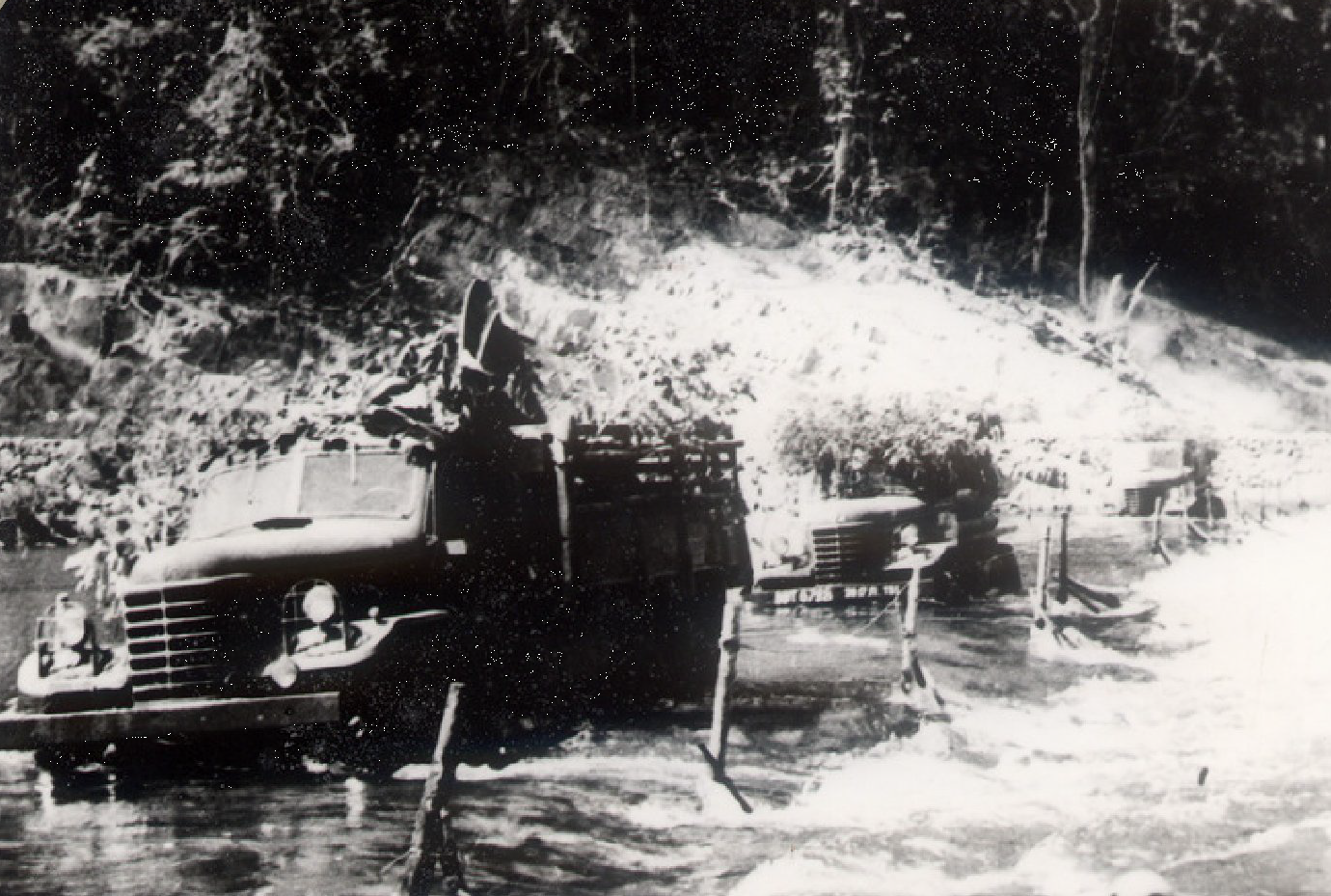 Surprisingly, the North Vietnamese also built pipelines to move petroleum products. Three lines ran into Laos from Vinh in the North Vietnamese panhandle near tanker docking facilities. These went through the Mu Gia pass to points along the northern parts of the trail, and serviced truck parks.  Another ran through the Ban Raving Pass to a distribution point near Tchepone. From here, other lines extended to the Lao Bao Pass, and the A Shau Valley. The Soviet-imported plastic pipes were connected with metal couplings. Russian-made pumps pushed motor oil, gasoline, diesel fuel, and kerosene. A variety of petroleum products could be sent along the same line. Water mixed with detergent separated the shipments, and prevented contamination. The 592nd Pipelaying Regiment was responsible for this construction. 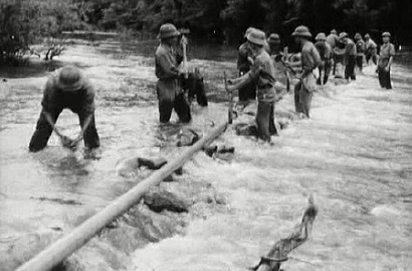 Men from the 592nd Pipelaying Regiment at work

The North Vietnamese expended an all-out effort to create and operate the Truong Son. They endured many hardships, were very resourceful, adaptive to the environment, and could counteract the enemy’s efforts. 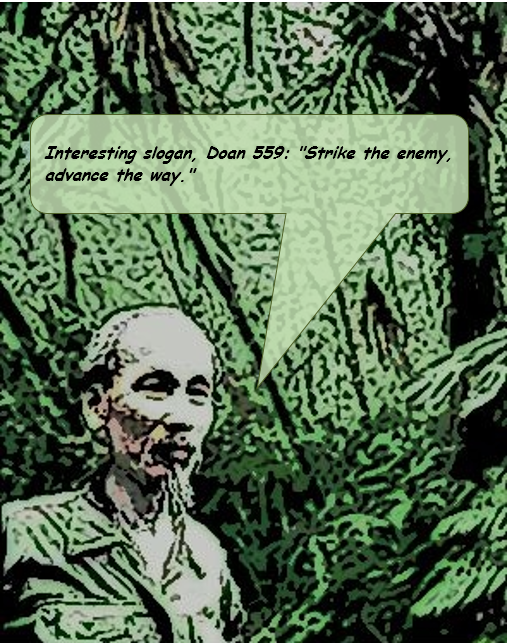